05-03-2017
Dale Hurd
The success of evangelical Christianity in Nigeria has spawned what some are calling a 'charismatic version' of Islam.
A growing number of Muslim groups in Africa's largest nation are mimicking Pentecostal forms of worship as a way of winning converts.
Christianity is the largest faith in Nigeria and mosques find it especially hard to compete with churches that offer vibrant worship.
Ebenezer Obadare, a sociology professor at the University of Kansas told the French news agency AFP  some Islamic groups in Nigeria's southwest have introduced "new modalities of prayer, modes of proselytizing, and repertoires of devotion that closely approximate forms normally exclusively associated with Pentecostal Christianity."
In addition to Friday prayers, Muslim groups now hold 'charismatic' sessions on Sunday mornings; a strategy to prevent Muslims from attending Sunday morning Christian services.
At one such service, AFP reports the imam of the Nasrul-lahi-li Fathi Society of Nigeria paced up and down the aisles before thousands worshippers, employing the trademark booming preaching style of Nigeria's evangelical pastors, as men and women on prayer mats raised their hands to the sky.
Almost 60 percent of Nigeria is Christian. About 40 percent is Muslim. That's a sharp reversal from the 1963 census that showed 47 percent were Muslim and only 35 percent Christian. 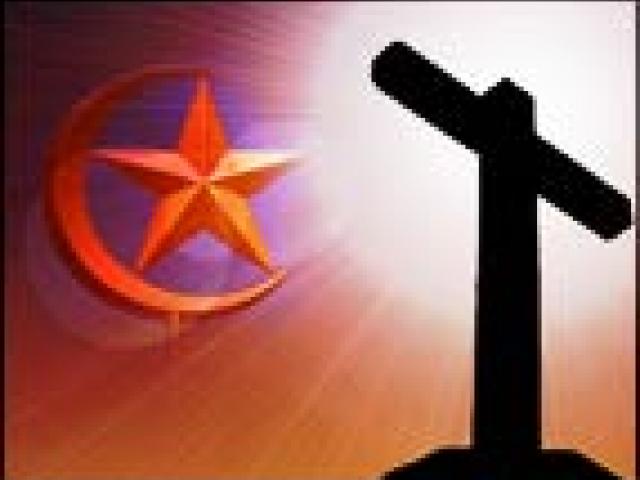 Islam and Christianity: A Revealing Contrast

Noted Theologian on the State of Christianity Worldwide