'I Don't Blame China': Why Trump Says the Trade Imbalance is Not China's Fault 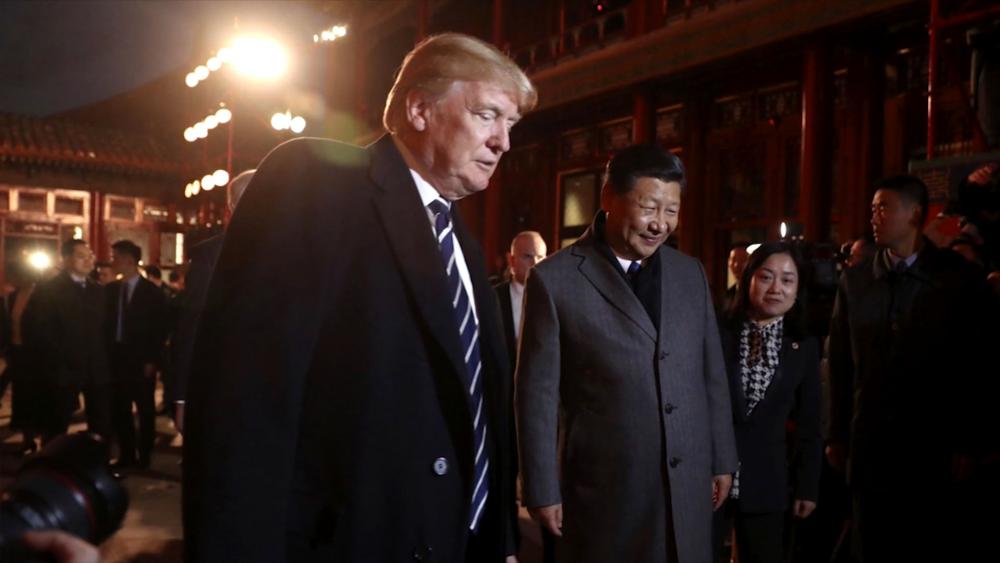 President Trump is wrapping up his visit to China and striking a much more conciliatory tone than he did on the campaign trail.

At the end of two days of meetings, the president said he doesn't blame the superpower for a massive trade imbalance with the U.S.

Trump called the $350M trade deficit with China very one-sided and unfair but he added, it's not China's fault.

"I don't blame China," said Trump. "After all, who can blame a country for being able to take advantage of another country on behalf of its citizens? I give China great credit."

The president added, he does blame his predecessors in the Oval Office "for allowing this out-of-control trade deficit to take place and grow."

It was an important moment and quite the opposite of Trump's rhetoric on the campaign trail last year when he said China was getting away with murder on trade.

But now, trade is just one one piece of the conversation with China.

The president also wants it to apply pressure on North Korea. He specifically wants China – and all countries – to cut off trade with the nuclear rogue regime. That's no easy task says Regent University's Dr. Eric Patterson. He says Chinese President Xi Jinping is very powerful in China right now.

"He's laid out an agenda for China to be the superpower of the next century," said Patterson. "Trump's got to figure out a way to negotiate with a very strong China on the North Korea issue."

North Korea does about 90 percent of its trade with China, and China has repeatedly pushed back at claims that it should to more to rein in the regime.

The Chinese have worked hard to welcome the president. He posted video on his Twitter account of school children cheering him and a formal ceremony outside of Beijing's Great Hall of the People. He and the first lady also enjoyed a personal tour of the Forbidden City.

But did he make any progress on North Korea? The president made it clear that the two leaders talked about it and that China understands the need for UN resolutions aimed at depriving the North of revenue for its nuclear ambitions.

Trump said, "We agreed on the need to fully implement all UN Security Council resolutions on North Korea and to increase economic pressure until North Korea abandons its reckless and dangerous path."

The president heads next to Vietnam for the final leg of his Asia trip. The Kremlin says Russian President Vladimir Putin will meet with Trump there.