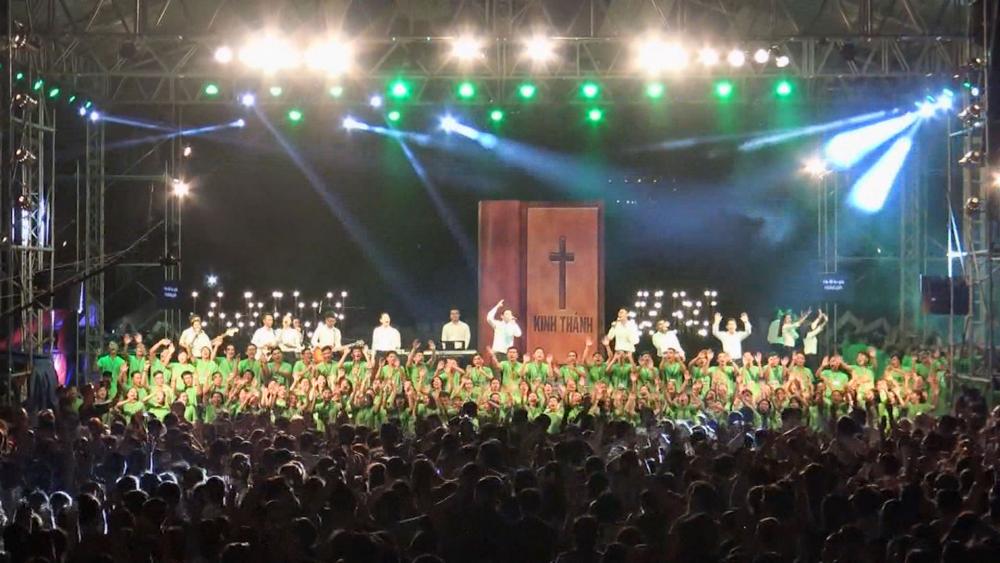 HO CHI MINH CITY -- Vietnam is now one of the largest export economies in the world and the United States is one of its top partners.

The local real estate business is also booming and modernization is everywhere in the southeast Asian country.

CBN News visited the city of Ho Chi Minh eight years ago. Back then, there was barely a car on the road. People relied on motorcycles and bikes for transportation. But today, the streets are congested with traffic. Many buildings have been built, and a lot of other construction is in progress. This type of activity reveals the rapid development which is happening in all Vietnamese cities.

Not only is business booming in Vietnam, churches are also flourishing. Thousands of Christians from more than 50 denominations came to the 500th-anniversary celebration of the Protestant Reformation that was recently held in Ho Chi Minh City.

Pastor Daniel Pham of the United Gospel Outreach Church said the event was very successful as it displayed unity among different churches. It was also a testament to the growing number of Vietnamese who have embraced the Gospel of Jesus Christ.

“Christianity changes the life of the people and other people see that. Another factor is the church is more involved now in the community," Pham said.

Christian businesses are also growing and sharing their profits with local churches.

One example is the coffee shop Cafe Fresco. It owned by a successful Christian Vietnamese businessman.

George Vo, the shop's manager, shared how the business grew after the owner dedicated it to the work of God. It started with five coffee carts selling coffee by the roadside.

“When it became successful, the owner decided to build a coffee shop so more people can enjoy our coffee. But he also made a commitment to give all the net profit of the business for the advancement of God’s Kingdom," Vo told CBN News.

"And God all the more blessed Cafe Fresco. We opened another branch and God continues to bless not only the business but our lives as well," he said.

The challenge of having this kind of commitment to the Gospel was made by one of the key Vietnamese leaders at the Reformation anniversary.

Dr. Duc Nguyen dedicated his life to promoting unity among churches around the world. He said it was important for Christians to love one another, so people would more easily believe the Gospel.

His message had a much greater impact on the country's Christians when two days after the event, he suddenly died of a heart attack.

“He was happy because he said 'My dream is to see the church have unity,'" Pham explained.  "Many people told him, 'I want to follow your life.' I think he had a very meaningful life. He fulfilled his dream before he went to be with the Lord.”

Pastor Pham said he hopes President Trump's visit to Vietnam has more of a larger impact on the world rather than one that just affects the local church.

“We hope that President Trump will pray for us and by his influence, can help not only the Vietnamese but that people around the world would have the freedom to worship God," he said.