'No Other Religion Would Stand for that Nonsense': UK Bakery Apologizes for Replacing Jesus with Sausage Roll 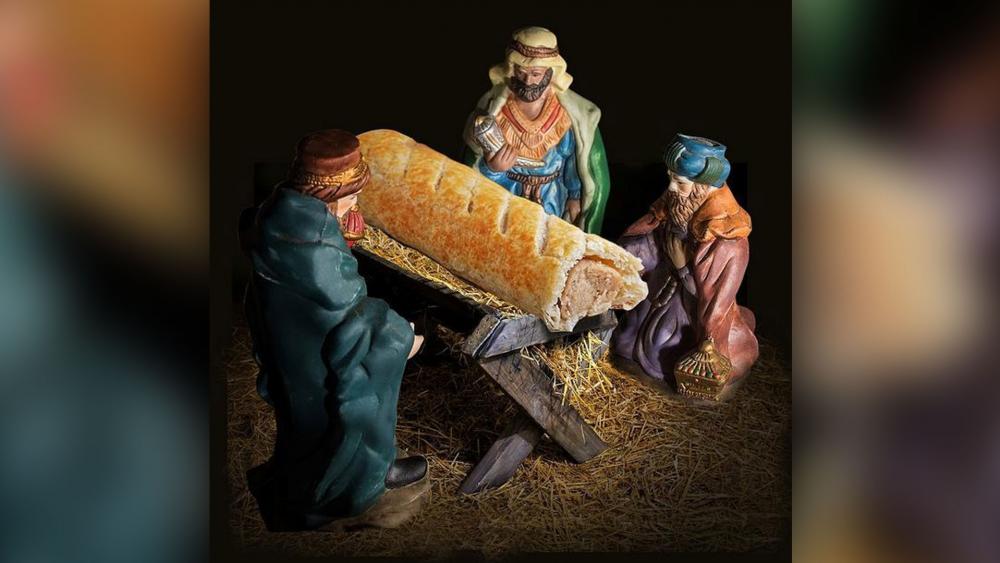 A British bakery chain is apologizing after it replaced an image of Jesus with a sausage roll in its depiction of the Nativity scene.

Greggs released several images on social media to promote its advent calendar which is set to be released next Monday, according to the Telegraph.

24 days of Greggs? Ho ho HECK YES. Pick up our advent calendar in selected shops from 20th Nov and countdown to the big day in style! pic.twitter.com/H56ncBUFRT

One image depicted three men standing around a sausage roll in a manger instead of baby Jesus.

The image has sparked outrage from customers and Christian groups.

Simon Richards, the CEO of the Freedom Association, called for a  boycott.

"Please boycott @GreggsOfficial to protest against its sick anti-Christian Advent Calendar. What cowards these people are: we all know that they would never dare insult other religions! They should donate every penny of their profits to @salvationarmyuk," he wrote.

Please boycott @GreggsOfficial to protest against its sick anti-Christian Advent Calendar. What cowards these people are: we all know that they would never dare insult other religions! They should donate every penny of their profits to @salvationarmyuk https://t.co/tAV7CRP7WM

Richards also called for customers to buy sausage rolls from marksandspencer.com, which gives five percent of its proceeds to shelters.

"Fury as #Greggs' replaces 'Saviour' with savoury in #NATIVITY scene with Sausage roll. Only #Christianity could be mocked in this way. There would be an absolute outcry if a satire of any other Faith was printed as a advert gimmick in this way. Please respect all faiths equally!" another person tweeted, according to the Telegraph.

Rev. Mark Edwards of St Matthew's Church in the city of Dinnington said Greggs is disrespectful.

"It goes beyond just commercialism, it's showing a total disregard and disrespect towards one of the greatest stories ever told, and I think people of all faiths will be offended by this."

Others have found the advertisement humorous.

exec 1: OK. So we've got the 3 wise men but no baby Jesus.
exec 2: Just put a sausage roll in. No-one will notice. pic.twitter.com/QI1C7AMtx0

However, the bakery chain apologized.

"We're really sorry to have caused any offence, this was never our intention," a statement from the bakery chain read.

"I'm glad Christians kicked off and Greggs apologized. No other religion would stand for that nonsense," @ClinicallyLuxe wrote.

The image is still expected to be featured in their advent calendar, which will have a voucher for a baked good each day until Christmas.