A Childhood Friend's Small Act Turns a Man's Life Around 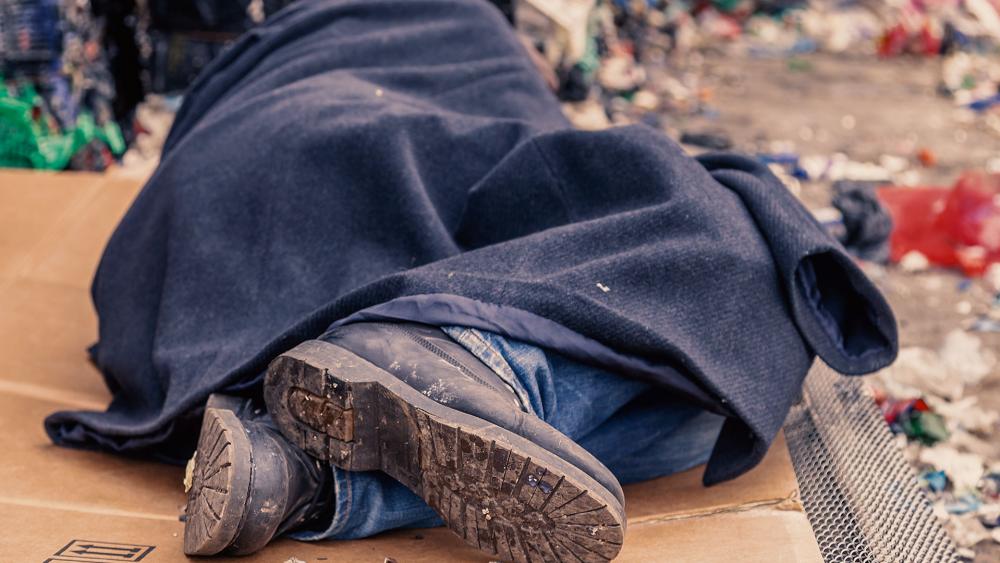 Wanja Mwaura, 32, was walking to the market in Lower Kabaete, not far from Nairob in the African country of Kenya. Suddenly, she heard someone calling her name.

She followed the voice and found a tall, emaciated man with bulging eyes, wearing dirty clothes and a hat, sitting on the side of the road. Mwaura did not recognize him at first.

Then when Patrick "Hinga" Wanjiru, 34, introduced himself, Mwaura said she was shocked.  She has known this man since she was seven-years-old.

"Patrick, or Hinga as we called him, and I had met at primary school in 1992," Mwaura said. She works as a nurse from Kiambu County, just outside the Kenyan capital.

"Hinga used to be a great soccer player all throughout school. We nicknamed him 'Pele'," she recalled.

According to Mwaura, Hinga had become estranged from his parents and lived with his grandmother.  When she couldn't afford to pay for his schooling, he was forced to quit going to class.

Eventually the pair were forced to leave their home. However, Hinga did well in the few classes he was allowed to take until his grandmother died.

Then his life turned both dark and downward. He started to take drugs, first marijuana and then heroin. Now obsessed, he would search through garbage cans for hours in order to find anything he could sell on the street. Money to be used in order to get high once again.

It was about this time that the two friends lost touch of one another.

Now fifteen years later, they had met again. Hinga had been living on the streets during that time. He looked nothing like the childhood friend Mwaura had known as "Pele."

When he saw his friend, Hinga told her he just wanted to say hello. Mwaura then asked him to lunch.  At a local cafe, she ordered pork ribs and mashed potatoes, one of his favorite dishes she had remembered from his earlier years.

She said during their lunch, he appeared distracted, unable to finish sentences.

"I gave him my mobile telephone number and told him to call me if he needed anything," Mwaura said.

Over the next couple of days, Hinga borrowed phones and regularly called Mwaura, just to chat.  It was then that he told her that he was committed to giving up drugs for good.

"I decided then, that something needed to be done to help him," Mwaura explained.

She decided to try social media, inviting her friends to help her raise the necessary funds for Hinga's drug rehabilitation.

"Rehab here is very expensive and I had no ways of raising funds on my own," she said. "We set up a crowdfunding page, but we only managed to raise around 41,000 Kenyan shillings ($394.94 US) initially. However the cost of nine days rehabilitation at Chiromo Lane Medical Center in Nairobi was more than 100,000 KES ($965.70 US).  I wasn't sure how we would be able to cover this," Mwaura remembered.

But she had promised to help her childhood friend, so Mwaura took Hinga to the center anyway, unsure how they would be able to pay for the treatment.

A spokesperson for the rehab program said Hinga was a dedicated patient, who fully committed to the nine-day detox.

Within a few days, Hinga had gained weight and his mental state had also improved. Once again Mwaura took to social media, this time to brag on her friend's rapid transformation.

Mwaura said this was "a blessing" in itself.  She now wants her friend to undergo a more sustained recovery program.  She's attempting to raise funds for him to follow a 90-day detox procedure at The Retreat Rehabilitation Centre, where he is currently staying.

"Unfortunately, there is still great stigma around drug abuse in Kenya," Mwaura said. This may be one reason why the government doesn't provide free drug rehab treatment."

"Rehabs are expensive and out of reach for many people, not only in Kenya but also the greater part of Africa. I am committed to crowdsourcing so I can support my friend at this time," she said.

"Wanja is an angel sent from God. I owe her my life. She has stuck with me more closely than a brother or a sister," Hinga told the BBC.

Abraham Wilbourne‏, a financial analyst from Nairobi, told Mwaura in a tweet, "You have a seat in heaven!"

Many users called her a "mashujaa", which means "hero" in Swahili.

"People say I changed Hinga's life, but he changed mine too." Mwaura noted. "I realize now that a small act can change a person's life."