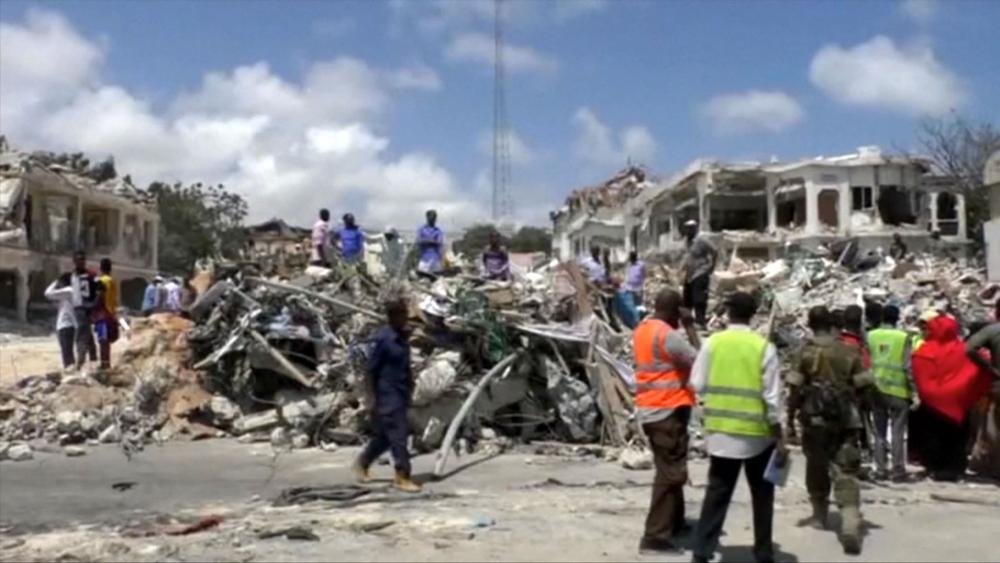 The death toll continues to rise in Somalia after a truck bombing in Mogadishu Saturday.

More than 300 people were killed and another 300 were seriously hurt in one of the deadliest attacks in Somalia's history.

"It was massacre what happened yesterday and I never saw such thing in the last 27 years. I witnessed little boy's head laying on the ground and his mother and other child their heads were also cut in the explosion. People buried separately parts of people's bodies because they collected them separately. It was a very shocking event," one witness said.

Al-Shabab has waged war in Somalia for more than a decade, often targeting high-profile areas of Mogadishu.

Earlier this year, the Islamic terrorist group vowed to step up attacks after both the Trump administration and Somalia's recently elected president announced new military efforts against them.

The U.S. military has stepped up drone strikes and other efforts this year against al-Shabab, which is also fighting the Somali military and over 20,000 African Union forces in the country.