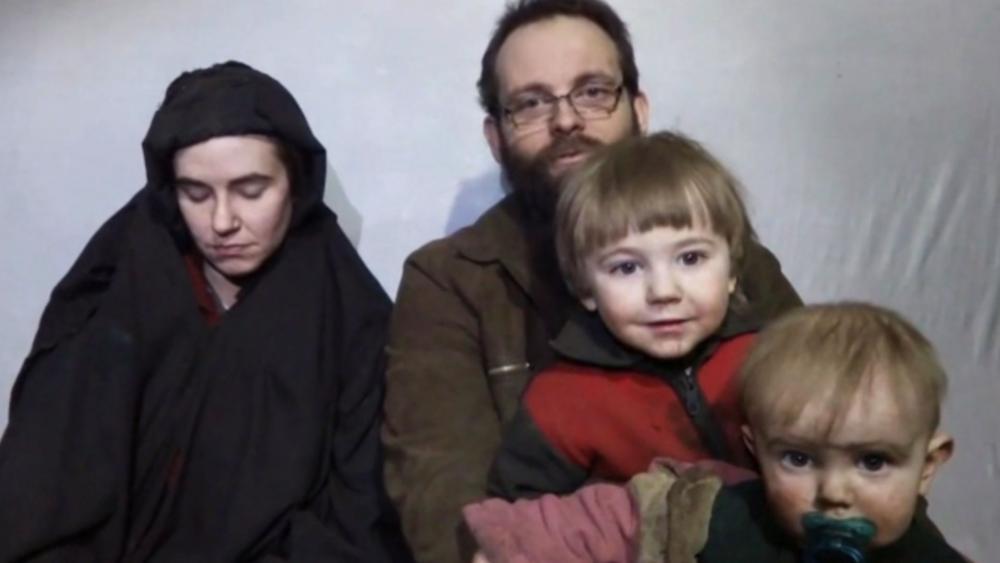 After being held captive by a faction of the Taliban for the past five years, Joshua Boyle and his wife Catlin Coleman are back home in Canada, trying to get their lives back to normal after being rescued last week.

The couple says their first task is to help their three young children, all of whom were born in captivity, to adapt to a new and different way of life. A life that gives you the freedom to do what you want.

For example, the couple's 4-year-old boy had never played with a toy, seen a book or heard of animated Disney characters, Boyle said during an interview with NBC's Today.

The family is currently living in a house in Smith Falls, Ontario. However, some of the things they endured during their ordeal have also come home with them.  All five of them still sleep together in one small bedroom. Not used to eating off of a table, the children still eat off of the floor.

"The children are improving," Boyle wrote in an e-mail last week to the Canadian news organization CP24. "We mentioned before that the eldest Najaeshi Jonah was doing well but that his younger brother Dhakwoen Noah was still struggling as much as ever with even just being able to look at his grandparents faces without terror."

He said Dhakwoen was initially afraid of his grandparents, but he warmed up to them "literally overnight" after his grandmother made him a hearty pancake breakfast.

"Obviously he's still incredibly troubled and stressed over everything, but it's a major step," Boyle said, speaking of Dhakwoen's newfound love for his grandma. "She's the first person he's accepted since 2015."

He said his daughter, Ma'idah, still finds it hard to be around other men.

Boyle told reporters upon the family's arrival at Toronto's Pearson International Airport last Thursday that his goal now is to build "a secure sanctuary for our three surviving children to call a home ... and try to regain some portion of the childhood that they have lost."

In 2012, Boyle and Coleman were taken prisoner by militants while traveling in Afghanistan. They were in the country to help villagers living under Taliban rule.

Coleman was pregnant when the couple was abducted.  She gave birth to two sons and a daughter while she was being held as a hostage.  According to Boyle, the couple also had another daughter, who was killed by their captors when she was an infant.

Coleman has not spoken publicly since her release.

"Her religious faith gets her through. That, and her love of being a mother," her husband said.

Coleman's father, Jim Coleman, has publicly reprimanded his son-in-law for their decision to travel to a war torn country.

"All I can say is taking your pregnant wife to a very dangerous place, it's unconscionable," he said.

Boyle said his primary focus is to help his family start over. He wants to help his children overcome the emotional scars inflicted on them during their imprisonment.

"What we're seeing there is really what happens when a child goes through his entire life without even a concept of what hoping for better is, because they don't know better can even exist," he said.