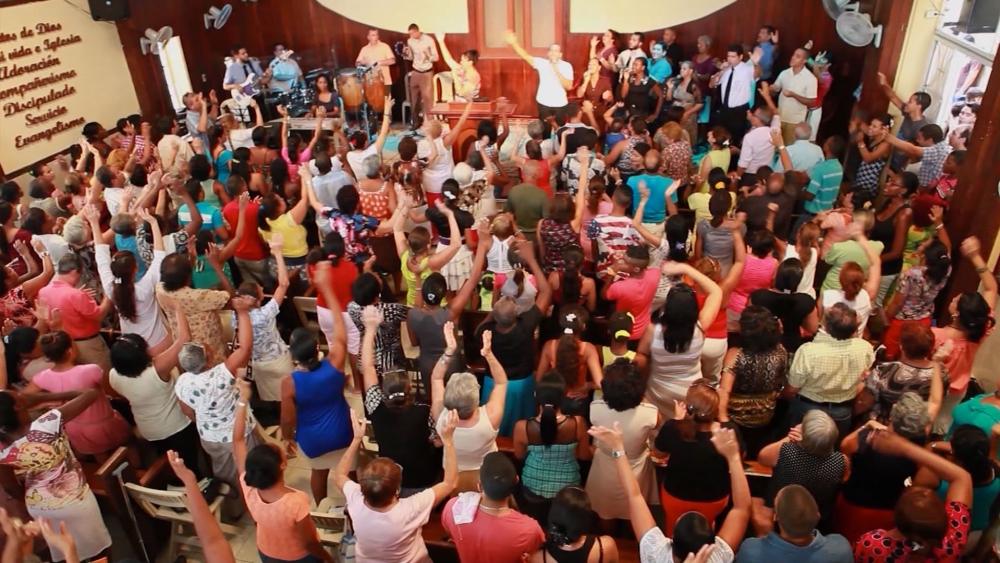 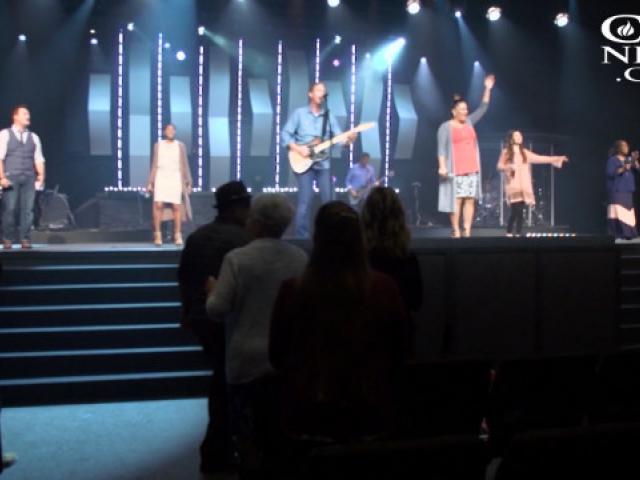 TAMPA, Fla. – As the world marks the 500th anniversary of the Protestant Reformation there's talk of another major movement – a "Latino Reformation."

Rev. Samuel Rodriguez, president of the National Hispanic Christian Leadership Conference, and Dr. Robert Crosby, professor of practical theology at Southeastern University, argue that we are currently experiencing the first generation of the Latino Protestant Reformation in their new book When Faith Catches Fire.

They point to Latin America and the transformative shift in the past several decades towards evangelicalism and Pentecostalism. Research from the Center for the Study of Global Christianity at Gordon-Conwell Theological Seminary shows that Pentecostal and charismatic believers have grown in Latin America from 12.8 million in 1970 to 181.3 million in 2010. They're expected to jump to 203 million by 2020.

At the same time, a Latino population surge is shifting the religious landscape in the U.S. It's grown by 43 percent in the last decade and analysts predict that one in three Americans will be Hispanic by 2050.

Crosby and Rodriguez also maintain that Pope Francis, the first Latino Pope, has ushered in an era of growing Latino influence.

A New Era in the Global Church

"We have yet to see the fullness of Latino Evangelical growth in America and abroad," they write, "but it is happening right before our eyes."

Crosby and Rodriguez are not alone in recognizing the rise of Latino Christians. Scholars like Dr. Robert E. Cooley, President-Emritus of Gordon-Conwell Theological Seminary, says the Christian faith community is "embracing it. Truly, God is at work today and the Hispanic and Latino church has caught fire," he said.

Florida a Microcosm of Latino Reformation

It's obvious in cities like Tampa, Florida where almost a quarter of the population is Hispanic. On any given Sunday at The Crossing Church in Tampa you'll see a mix of ages, backgrounds and races.

Lead Pastor Greg Dumas is Hispanic although he says he's just "kind of" because he doesn't speak Spanish. Still, he's very aware of his diverse congregation. "The Latino population has just exploded around here and we're seeing it," he told CBN News, "two of our main worship pastors are Latino and they're amazing and they bring kind of the salsa flair. Our student pastor and our campus pastor in South Shore are both Latino."

Rodriguez says he's mystified that many non-Hispanic evangelicals haven't caught on to rise in Latino Christians in the U.S. "There's this idea in white evangelicalism and even in the African-American church that Latinos are this emerging immigrant group," he said, "Misnomer. We emerged. We are not emerging. We emerged. We're here and we're in viable leadership roles."

Rodriguez himself oversees 40,000 churches affiliated with the National Hispanic Christian Leadership Conference and three years ago merged with Conela, a Latin-America-based organization that serves more than 485,000 Latin churches around the world.

Rise of Latino Christians in U.S. 'No Coincidence'

Rodriguez says the rise of Latino Christians in the U.S. in particular is "no coincidence." He believes they may not only bless the church here but also help to redeem it in a culture that openly attacks Biblical views. "It's easy when you target white evangelicals but it's difficult when the number one proponents of Biblical truth are Latinos," says Rodriguez. He sees Hispanic Christians as able to serve as a "firewall" against these assaults. "When you have a Latino advocating," he says, "you're coming against an ethnicity and a minority."

Crosby says Latino growth in the U.S. is at a point where the church cannot ignore it. "To me, churches that choose not to become multi-ethnic are losing and will lose," he says.

Denominations like the Southern Baptists, which has seen membership decline in recent years, are paying close attention. Its Hispanic churches have spiked, from 649 in 1990 to 3,429 in 2015.

Hispanic evangelicals are especially active in charismatic denominations. The Pew Research Center shows they make up a one fourth of those who identify with the Assemblies of God and Church of God. Indeed, Barna Group research shows that 49 percent of Hispanics believe in charismatic gifts such as speaking in tongues and healing.

Just down the road from The Crossing Church, River of Life Christian Center is also attracting Latinos. Pastor Johnny Honaker told CBN News "the strongest presence and growth that we've had has come from the Latino community."

When Honaker and his wife C.C. started the church, the area was predominantly rural and white. As Hispanics arrived the church adapted. Pastor C.C. Honaker says they've not only sought to welcome Latinos, they've sought to reflect their congregation in their leadership. "We've tried to be intentional about representing our community in those on the platform and in those that are working with people," she said.

Crosby and Rodriguez say churches that welcome Latinos tend to become "salsafied." They not only become passionate in their faith, but intentional in pursuing both salvation and social justice.

"The vast majority of evangelical churches in the next 20 years will be both vertical and horizontal churches, will be both Billy Graham and Dr. Martin Luther King" says Rodriguez, "Latinos are doing just that because we're not either/or so we'll be a very healthy church committed to both righteousness and Biblical justice in the name of Jesus."

"You open your heart to Latinos in your community because you will be bringing in people that not only want to get right with God but they're very concerned about their neighbors, their communities," says Crosby.

"Salsifying" the church, says Rodriguez, is ultimately an opportunity for Kingdom collaboration what will not only enrich but could revitalize the church.