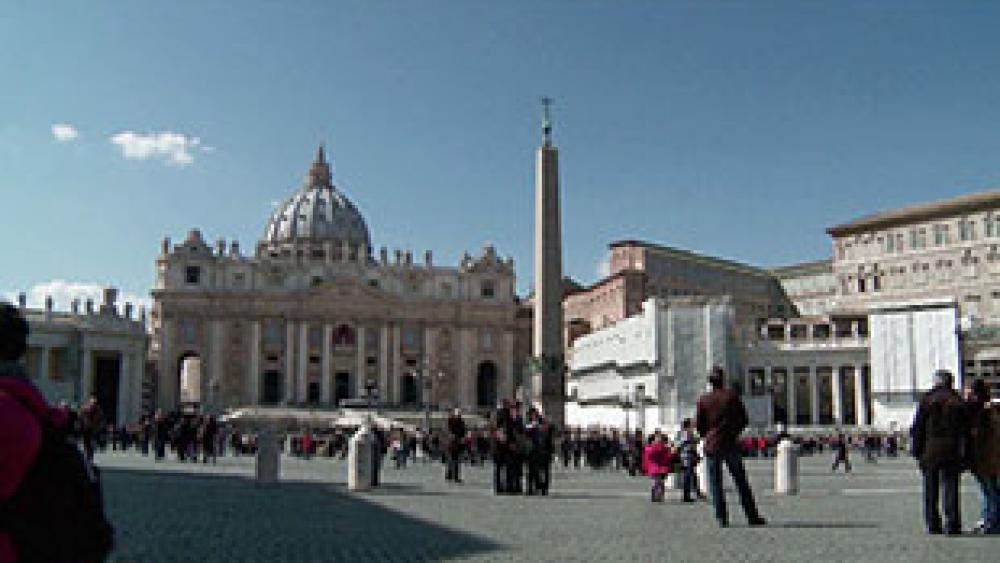 VATICAN CITY (AP) - A Vatican court on Saturday convicted the former president of the pope's children's hospital of diverting some $500,000 in donations to renovate a cardinal's flat and gave him a one-year suspended sentence.

The original charges against ex-hospital president Giuseppe Profiti had been embezzlement. But the court convicted him of a lesser offense of abuse of office after the defense argued the money was intended as an investment to benefit the hospital.

The three-judge tribunal absolved Bambino Gesu Pediatric Hospital's former treasurer, Massimo Spina. Notably, neither the cardinal who benefited from the renovation nor the contractor who was apparently paid twice for doing the work were charged.

More than anything, the trial exposed how Cardinal Tarcisio Bertone, the Vatican's former secretary of state, bent Vatican rules to get his retirement apartment ready after Pope Francis was elected in 2013 and named a new secretary of state.

It also revealed the "opacity, silence and poor management" in the handling of Vatican assets, prosecutor Roberto Zanotti said in his closing statements. A lack of financial transparency and accountability has bedeviled the Holy See for centuries and been a top concern for Francis' reform-minded papacy.

And it shined further light on the finances of the Bambino Gesu (Baby Jesus) hospital, which was the subject of an Associated Press investigation earlier this year.

The AP uncovered a secret 2014 Vatican-authorized probe that found that the hospital's mission under the Profiti administration had become "more aimed at profit" than patient care.

After retiring in 2013, Bertone was assigned a 400 square meter (4,305 sq. feet), top-floor bachelor pad in the Vatican-owned Palazzo San Carlo. The building sits on the edge of the Vatican gardens, offers fabulous views of St. Peter's Basilica and overlooks the Vatican hotel where Francis lives.

During the trial, the cardinal was shown to have personally engineered the unprecedented maneuver to get an old friend, Gianantonio Bandera, to do the renovation. Bertone's project jumped the queue for Vatican real estate repairs and avoided the normal external bidding process required for such an expensive overhaul - presumably because he promised to foot the bill himself.

In closing arguments Saturday, defense lawyer Antonello Blasi insisted there was no crime in using foundation money as an investment since Profiti intended to use Bertone's apartment for fundraising events to benefit the hospital.

"Investing is not the same thing as spending," Blasi told the court.

Profiti, for his part, told the court the only reason the operation didn't provide a return on the investment was because the new administration that replaced his had a "new style of fundraising" and didn't use the apartment.

Even though Bertone never was charged, lawyers nevertheless came to his defense on Saturday. Pressured by the pope to vacate his apartment and assigned a "hovel" in need of repairs, the 82-year-old Bertone won't live long enough to justify the money he put into it, said Alfredo Ottaviani, who represented the absolved Spina.

"He was the victim of the trial," Ottaviani told the court in closing arguments, adding that Bertone could have avoided participating altogether but chose instead to write a detailed letter to the court laying out what transpired.

Neither the letter nor any of court documentation is available to the public.

In the end, Bandera's firm, Castelli Re, went bankrupt, and the hospital's 422,000 euros were sent instead to another Bandera company located in Britain, Lg Contractors Ltd.

That was presumably the transaction that tripped up the Vatican's financial regulators, who were called to testify at trial but declined to provide details, citing the need to keep their intelligence-gathering operations secret.

The only hint of a potential kickback involved a proposed six-figure "donation" from Bandera to the hospital foundation. Profiti said he "didn't exclude" that he had sought such a donation, and Spina testified that he tried to get the money out of Bandera. Bandera, however, pleaded financial hardship after his company went bankrupt and never paid up.

Neither Bertone nor Bandera were indicted in the case, though it is possible prosecutors in the Vatican and Italy now have the evidence they need to mount a case against the builder over the allegation he got paid twice for the same work.

At the trial, Bandera testified that he never billed twice for the works, though he acknowledged he was no longer fully in control of the company after it went bankrupt in early 2014.

Bertone has insisted he knew nothing of the hospital's payment. After the scandal came to light in late 2015, Bertone quickly made a 150,000 euro ($177,300) "donation" to the hospital. He insisted it wasn't a payback but a gesture of goodwill.