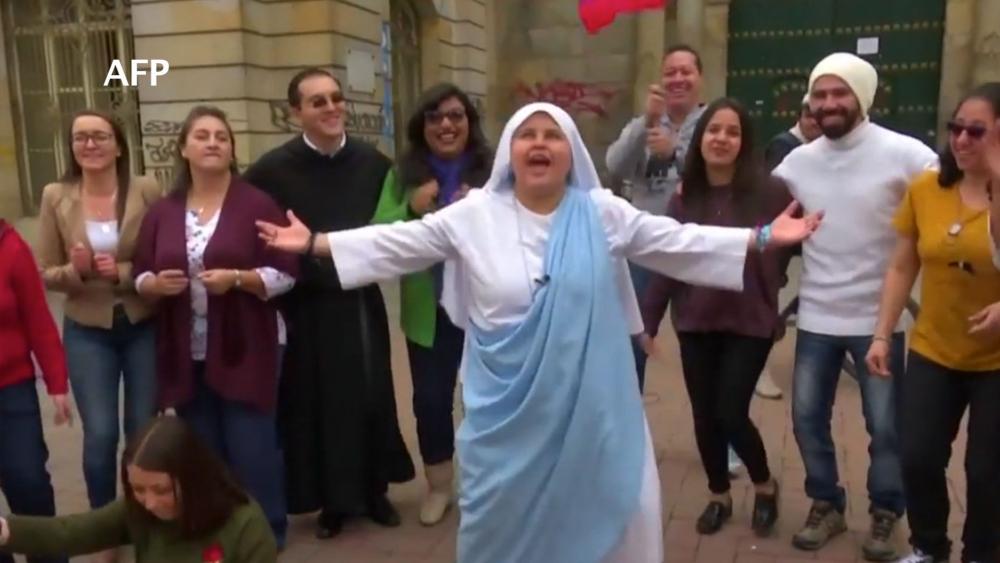 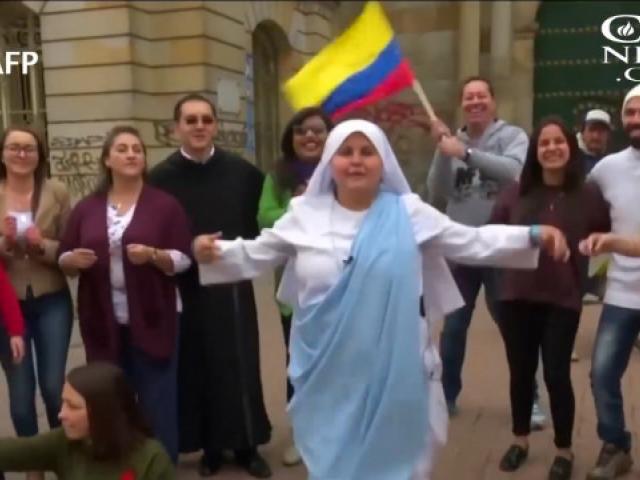 Sister Maria Valentina De los Angeles is a pink sneaker-wearing nun who is using her rapping skills to honor Pope Francis during his visit to Colombia this week. She will sing the official welcoming hymn at the pope's Mass on Thursday.

"Colombia receives you with open arms. With one voice we tell you how happy we are. Blessed be God, in His wisdom, He has brought you to our lands to be our guide," she sings in her rap.

De Los Angeles is part of a California-based Catholic musical group selected from a contest that drew more than 400 musical acts all vying to sing for the leader of the Catholic Church.

While most people would never expect "rap" and "nun" to be together in the same sentence, this nun says rap is a great way to spread the Gospel.

"The cool thing about rap is that it sticks in your head easily. And when it has the depth of truth, which is Christ, then it is even more striking," She told AFP.

"Trouble in the way the Holy Father means it is being different, being bold and bringing a message of joy, hope and charity," she told AFP. "Our intention beyond just thanking the Holy Father is to act as a church so that all people can sing with us."

De Los Angeles is member of the Community of Eucharistic Communicators of the Heavenly Father.

The group was formed after Pope Jean Paul II called on believers to use the media to glorify God.

"God wants to be known through the media," she says. "He has to make himself known by way of current trends."