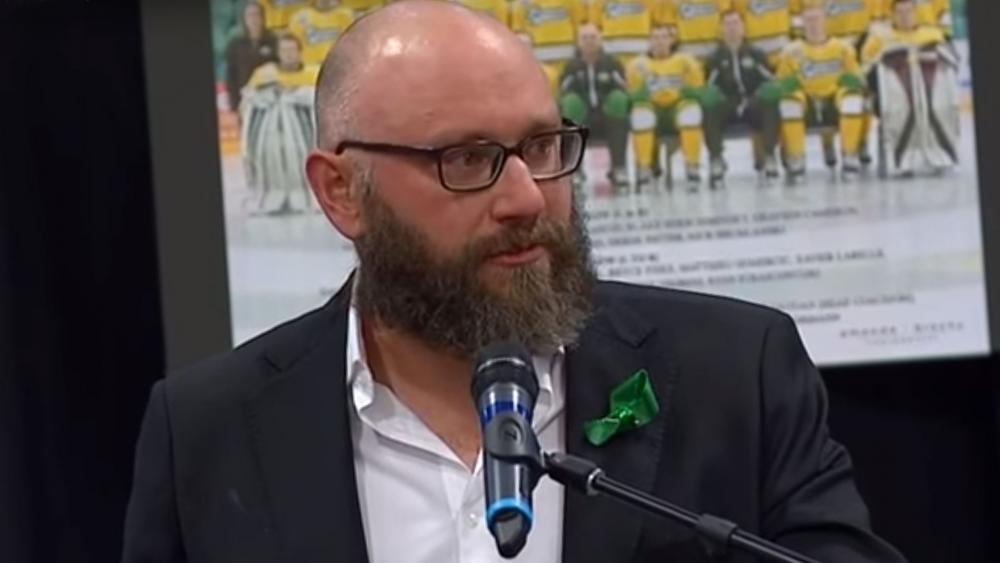 A Canadian town in mourning came together to remember the 15 young hockey players killed Friday when their bus collided with a semi-trailer truck.

The Humboldt Broncos junior hockey team was on its way to a playoff game when the accident happened.

Team chaplain, Rev. Sean Brandow, spoke to those gathered at an interfaith service Sunday and recalled arriving at the scene of the crash only moments after it happened.

"I walked up on a scene I never want to see again, to sounds I never want to hear again," Brandow said tearfully, "To hear groaning and panic and fear and distress and pain and just nothing but darkness...and I had nothing. Nothing."

"I'm a pastor. I'm supposed to have something. I've received thousands of texts...'Hey we're thinking about you, we're praying for you, be strong. We needed those texts," he said. "But when it was so dark, I needed to hear from God."

Brandow said he realized later that God spoke to him through four people who sent him scripture.

"'I will fear no evil because you're with me,' and as the song starts, 'The Lord is my shepherd,'" Brandow recited.

"It took 15 hours of darkness to really understand that I had a shepherd that was walking with me," he continued.

The bus was carrying 29 passengers, including the driver – among the dead are Broncos head coach Darcy Haugan, radio announcer Tyler Bieber and 10 hockey players ranging in age from 16 to 21.

Messages of condolences are pouring in from around the world. The bishop whose diocese includes Humboldt read a message from the Pope:

"Informed of the injury and tragic loss of life caused by the road traffic accident in the province of Saskatchewan involving young hockey players, His Holiness Pope Francis sends his condolences to those who have lost loved ones and commends the souls of the deceased to the mercy of almighty God. To all in the community at this difficult time, Pope Francis sends his blessing."

Queen Elizabeth and President Donald Trump were among other leaders to respond.

"He's with us," said Brandow. "God is on the throne and God is with the brokenhearted."

"The Bible tells us that he knew your name, he knew them before they were born," Brandow said, referring to the deceased players. "He gave them the breath, he has ordained their days."

A GoFundMe page was set up to collect donations for the families of those killed in the accident. The original goal was $10,000. Donations now exceed $8 million. 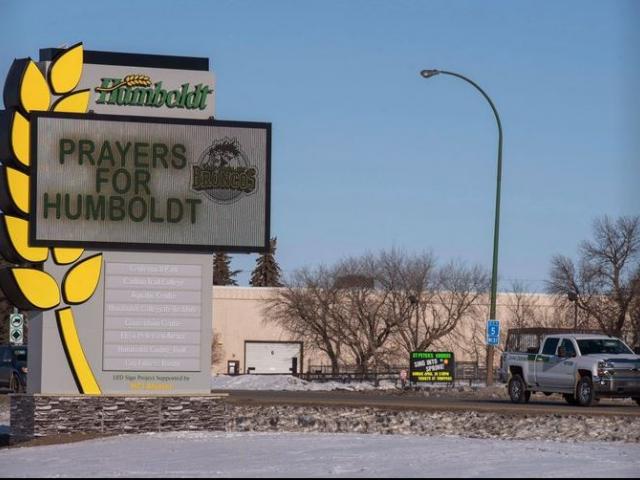 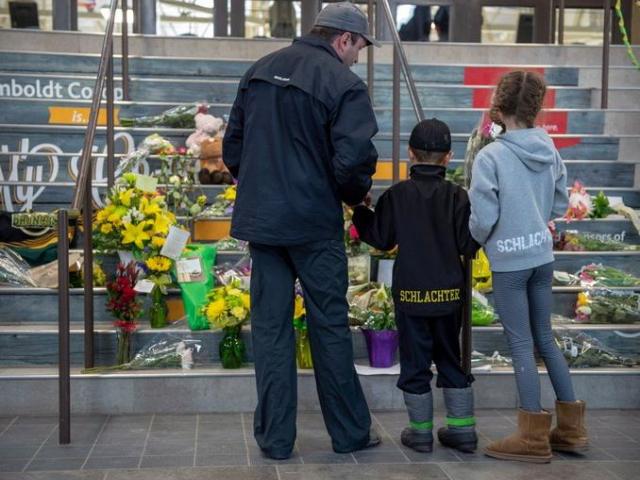