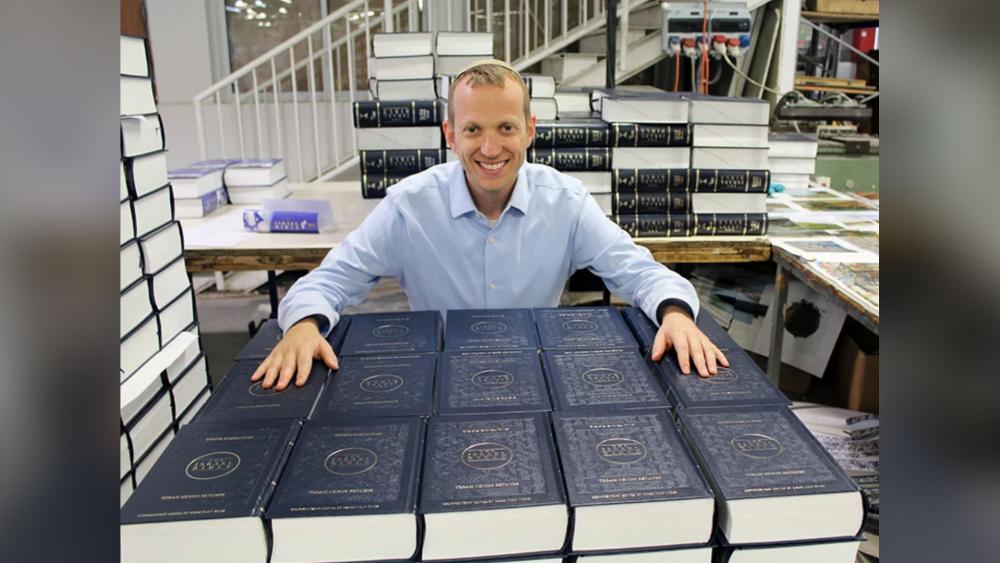 The Israel Bible
A new Hebrew-English Bible has been published just in time to celebrate Israel's 70th anniversary.
After years of his own personal Bible studies and research, American Rabbi Tuly Weisz and a team of biblical scholars in Israel have published a 22,000 page Bible called The Israel Bible.
"Every morning when I would read my Bible I just kept noticing all the references to Israel," Weisz told CBN News. "They jumped out at me from nearly every page. So I began to underline, highlight and flag them all and started collecting the lessons in chronological order."
But Weisz said it was one specific verse that stuck out to him that inspired him to change his whole life.
That verse was Deuteronomy 11:12 which reads: "It is a land the Lord your God cares for; the eyes of the Lord your God are continually on it from the beginning of the year to its end."
That's what led Weisz to pack up his family and move to Israel seven years ago in what he calls "returning home."
Shortly after planting new roots, Weisz started his organization "Israel365," which is a daily newsletter that teaches Christians about the biblical significance of the land of Israel and the Jewish people's connection to the land.
Now, he hopes his unique Bible will continue to highlight those connections for Christians and Jews.
"It's a very massive volume," Weisz told CBN News. "It's awe-inspiring, even the cover. It's got an image of the ancient temple in Jerusalem and the Western Wall, and it's just very vivid."
He continued, "We tried very hard to illustrate the modern state of Israel and connect them to the miracles of the Bible."
Weisz says we're watching God's prophecies come true in modern day times.
"There's a path that the Bible makes clear and prophetic plan in the Bible that says in the end of days that there will be a return of the people of Israel to the land of Israel and when that happens there will be restoration, and we're seeing that right now," Weisz said.
He continued, "What was a barren wasteland 70 years ago is now a vibrant beautiful cultural dreamland."
Weisz says while educating Jews and Christians alike on God's prophecies over the land of Israel is a big part of the goal, he hopes The Israel Bible takes it a step further.
"For 2,000 years, the Bible was the number one source of division between Jews and Christians," Weisz said referring to the differences in beliefs between the Old Testament and New Testament.
"My hope is that our Bible will become a source of unity and that Christians can connect the Jewish roots of their faith," he said.
In February, Weisz and his organziation co-sponsored a Bible study between Jews and Christians for the first time in what many were calling the fulfillment of scripture.
CBN News reported on the event where nearly 200 Jews and Christians joined together in the Knesset to study the word of God.
"We are in a golden era of Jewish-Christian relations," Weisz said. "Christians who care so much about what's happening in Israel. We're living in such fortunate times, we're putting aside centuries of animosity to achieve this unity."
He continued, "I hope The Israel Bible plays a small part in bringing about the understanding and appreciation of the people of Israel, the land of Israel and the God of Israel."
Weisz says beyond that, he hopes Jews read it too and become inspired by the ancient historical connection and decide to pick up and move to Israel.
He said, "This is our homeland, hopefully they make their way home."
The Israel Bible can also be almost entirely read online for free at TheIsraelBible.com where it's also being sold. 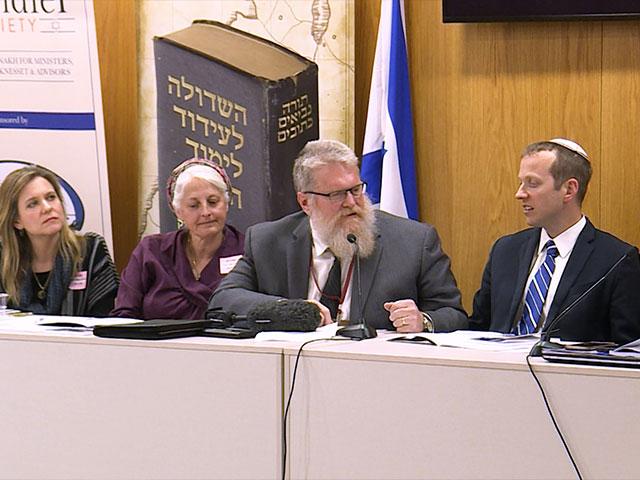