MUST SEE PHOTOS: Operation Blessing Helping India's Flood-Ravaged Victims Get Back on their Feet 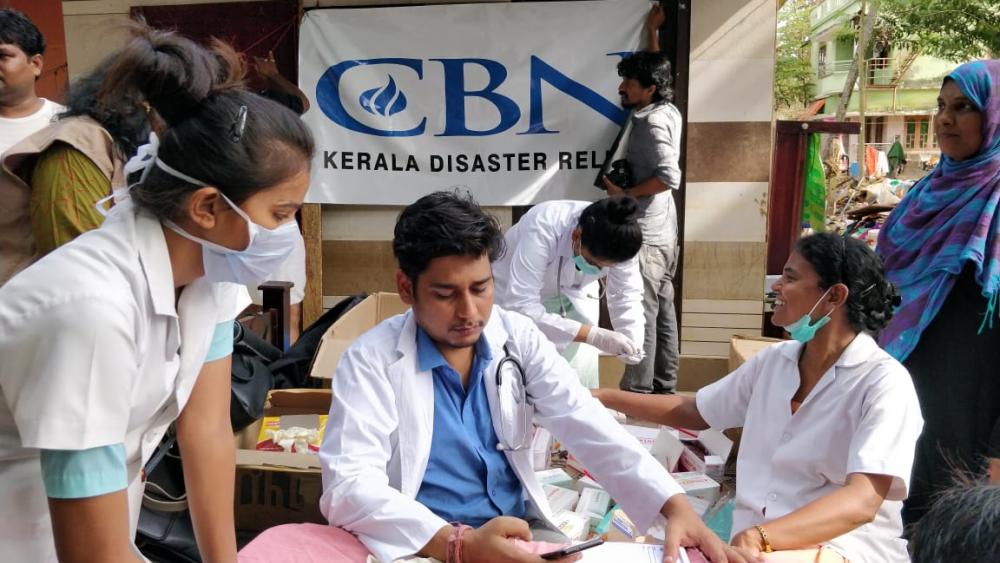 Kerala is slowly limping back to life.

Hundreds of thousands of people in the flood-battered Indian state are beginning the arduous task of rebuilding their lives following the worst floods to hit the region. "Our focus is providing medical assistance and rehabilitation of households who have lost everything in the floods," Priti Choudry, CBN's India director, wrote in an email.

CBN's Operation Blessing has teams in the disaster zone ready to help flood victims as they return home. "Our goal is to reach 5000 individuals," said Choudry. "We are also working with {flood victims} to clean their homes filled with slime and mud."

NASA this week released stunning before and after satellite images showing the extent of destruction across the state.

The first image was taken on February 6, 2018, before the floods showing vast stretches of vegetation across the state, coloured in bright green. The second image from NASA was captured on August 22, 2018 after the floods. Water - which is shaded in dark blue-  almost entirely covers the green areas showing the extent of damage caused by flooding. For two weeks, Kerala got hammered with catastrophic flooding not seen in these parts in over 150 years.

"I've lived here for the past 10 years and this is the first time such an event has ever happened," a flood victim told aid workers. All 14 districts in the state were hit, causing widespread damage that officials say will take years to rebuild.

"That tank you see behind me was completely submerged," described Steven Thomas of Operation Blessing. "Now the water is receding and people are coming back from the relief camps." In Ernakulam, one of the most affected districts in the state, Operation Blessing has deployed doctors, nurses and aid workers bringing food, medicine, water and other essential supplies. Roughly 700 homes in this one area alone were destroyed, and another 20,000 homes partially damaged from floodwaters. "As you can see there are a huge number of patients and people in distress," said Dr. Shubhmeet Dalal, an attending physician at an Operation Blessing medical camp. "The patients mainly have complaints related to fungal infections and waterborne diseases."

So many families had no time to save any of their possessions as floodwaters swept through their homes and businesses. "At least we are alive but it will take a very long time before we can build our lives back as we have to start from scratch," said one victim. The death toll has climbed to 445 people, and more than 100,000 buildings were destroyed. The government says 7,000 miles of roads have been destroyed or damaged. Farmers have also lost millions of acres of crops. More than a million people were displaced by the floods, with many finding shelter in thousands of relief camps across the southern state. "We are also making an effort to rehabilitate houses by providing basic household items to start with," said Choudry. While doctors treat the sick and injured at this medical camp, Operation Blessing crews are helping some 300 families... as they wade through muck and mud to clean houses and streets that were submerged for days so they can return to their homes and rebuild their lives. 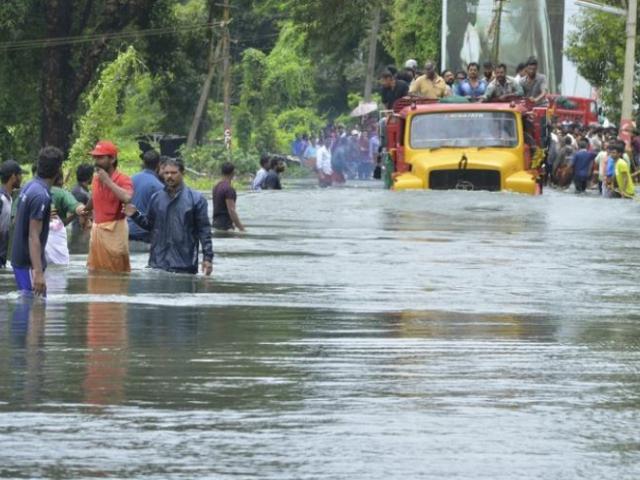 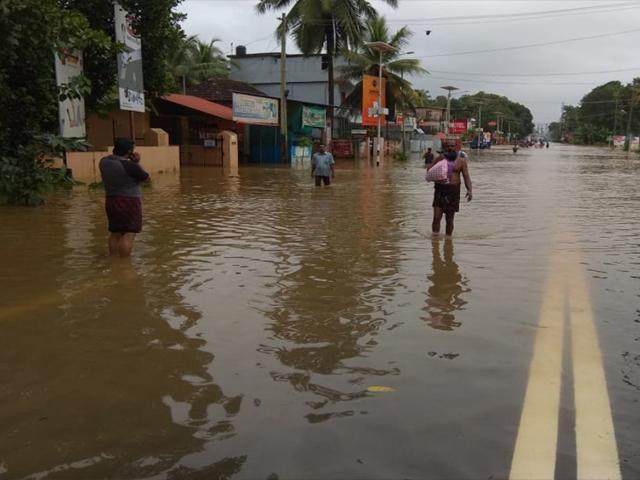