Philippines Flood Victim to CBN Disaster Relief: 'Because You Came, We Had Something to Eat'

Philippines Flood Victim to CBN Disaster Relief: 'Because You Came, We Had Something to Eat'

NUEVA ECIJA, Philippines – Nonstop monsoon rains have caused massive flooding in several provinces in the Philippines. In the central island of Luzon, rice fields are still submerged in floodwaters after more than a week, destroying what would have been a bountiful harvest.

At the height of the flooding, thousands of families evacuated to safer ground, but some remained in their homes despite the imminent danger.

Armando Gantala, Sr. demonstrated to CBN News how he stacked up chairs on his porch and sat on them to save himself from the rising floodwaters. He asked rescuers to temporarily evacuate his 10-year-old son to a safe place. Now he's back.

Armando is blind. He said he chose to stay behind because he did not want to be a burden to anyone. "I am not afraid because whatever happens, I know Jesus is with me," he said.

Several years ago, Armando's wife abandoned him and their only son. But despite the hardships in his life, Armando remains hopeful.

He said, "This is just a trial and I believe God will help me overcome. I thank God for my son because I can see through him. His eyes have become my eyes."

Because Armando cannot work, they rely on government support. However, the calamity that struck their town has made it more difficult for father and son to have sufficient food.

And that is why Armando was thankful when his 10-yr-old son Armand, brought home a pail of relief goods from CBN Disaster Relief.

Another flood victim, Marcela Arcega, was thankful and said the CBN team came right on time because her family was running out of food. All she had left to eat was soy sauce and shrimp paste.

She was also relieved that a CBN Disaster Relief nurse was able to examine her ill granddaughter and give her medicines.

CBN Disaster Relief teams are bringing additional help to more flood victims in the provinces in the disaster zone. In addition to material aid, workers bring spiritual relief. They provide Bibles and pray with the people.

Armando and his son said they are grateful to CBN Disaster Relief. "Because you came, we had something to eat." 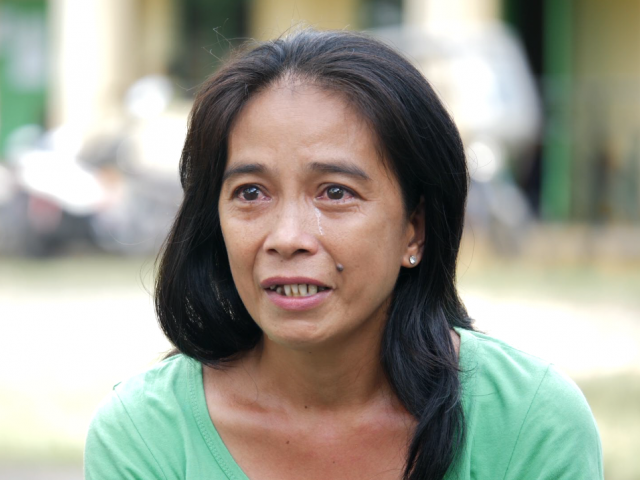 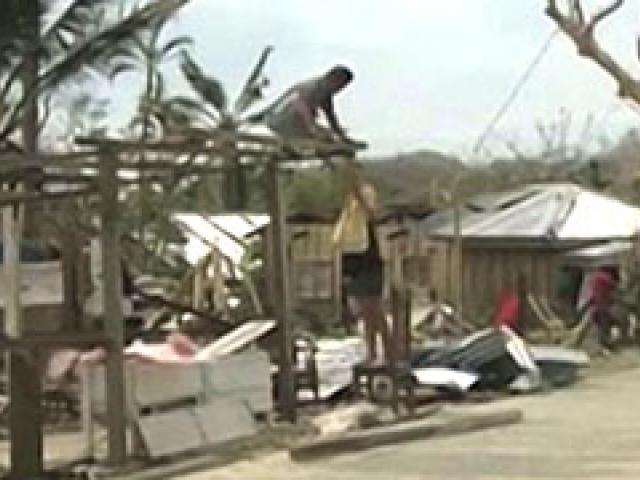 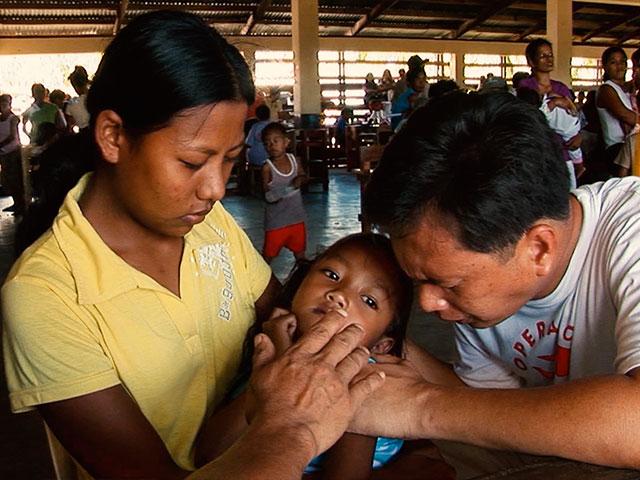 Operation Blessing Giving Back to a Community to the Philippines