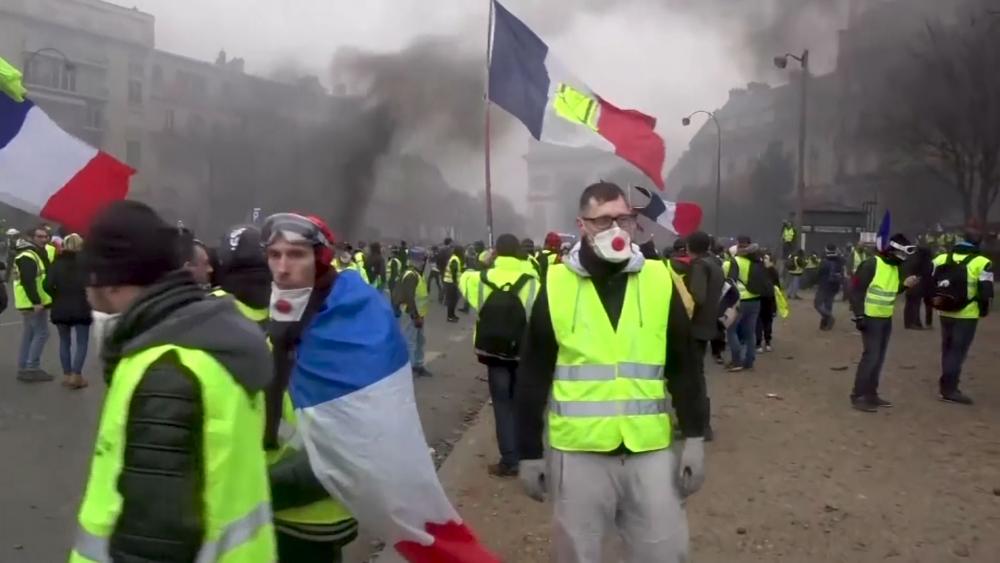 In a major u-turn for France, the country's prime minister has announced that tax increases on fuel will be suspended.

It's an effort to appease a huge anti-government protest movement after more than 130 people were injured and 412 arrested in Paris Saturday.

The fuel tax united people from across France's political spectrum in the "yellow vest" movement because they're fed up with the government and high taxes.

The French are used to high taxes, but it was a new carbon tax that finally pushed French taxpayers to the tipping point, and ignited the worst protests in 50 years.

With gasoline prices higher than $6 a gallon, and years of wage stagnation for the average Frenchman, many in France could feel themselves becoming poorer while the income gap with the wealthy became wider.  So, what began as a single issue protest over a gas tax has mushroomed into a broad-based anti-government rebellion, with a growing list of demands too long for the government to meet, and more and more different political groups joining the revolt.

The coordinator of the "yellow vest" movement Thierry Paul Valette says, "First, the demand was over the gasoline price, but that was only the spark. Now we see demands coming from everywhere. Why? Because people are fed up."

Protester Hedwige Lebrun said, "Our purchasing power is shrinking enormously every day. And then: taxes, taxes and taxes. And the state is asking us to tighten our belts, but they are doing the opposite, living well with our money."

The breakdown of trust between the French government and the people is profound and serious. And with approval ratings that have dipped below 20 percent, many are now asking if French president Emmanuel Macron can survive it.

Unfortunately for France, where some joke that it is the one nation where communism succeeded, a more pro-business approach like Macron was pushing might have helped free France from socialism and kickstart its economy.

But the reforms never seemed to pay off, and the heavy burden of taxes and income inequality simply became too much for many Frenchmen.

Now, as the yellow vest movement grows, any hopes that it will somehow die out have gone up in flames.