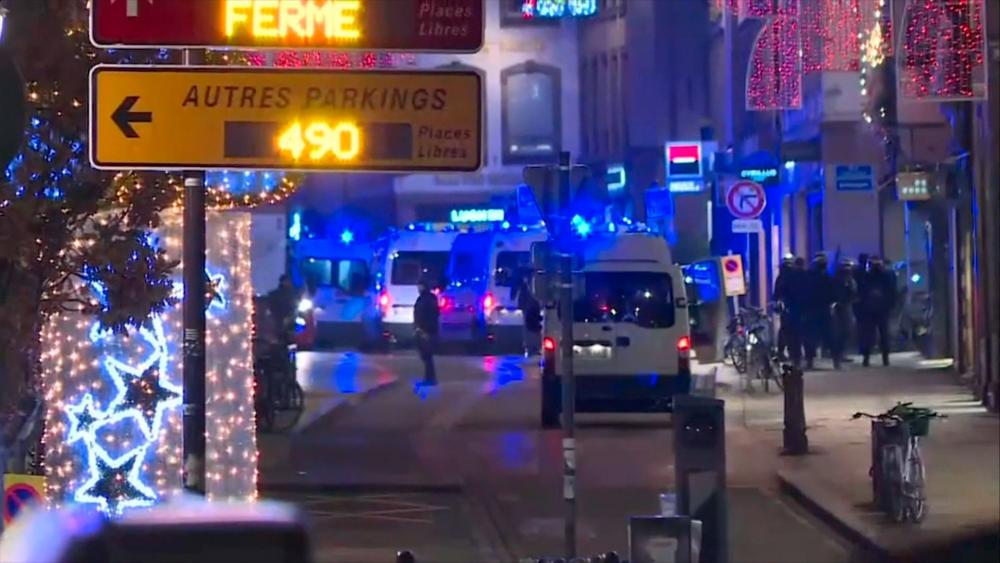 A top French official says a suspect in the Christmas market shooting has been killed in a shootout with police in Strasbourg, France.

A manhunt had been underway for days for the gunman who opened fire on Christmas shoppers, shouting Allahu Akbar - meaning "Allah is great" in Arabic - as he gunned down people.

Two people were killed and another is brain dead while 12 more were wounded. Several of them are fighting for their lives in critical condition.

French police were looking for 29-year-old Cherif Chekatt as their suspect. He has an extensive record in France and Germany with 25 cases against him and is considered an "extremist."

More than 700 officers are deployed in the manhunt, and with the nation on high alert, another 1,800 soldiers have been deployed to patrol the streets.

The military had him cornered at one point but he managed to escape.

One bystander says he didn't realize what was happening at first. "I heard gunshots outside. I heard like 2 or 3 gunshots at first, which I thought were just firecrackers," Maurice said.

People captured video of the area where the attack happened and the sounds of the shooting on their phones while others rushed to find somewhere safe to hide.

"After the shots started again, there were like between 5 and 10 afterwards. And people started yelling and I could hear crowds running away. That's when I realized there was actually a shooting going on," Maurice said.

There are reports Chekatt was on a watch list and possibly had been radicalized in prison.

Just two years ago, another Christmas market in Europe was terrorized when a truck rammed through a street in Berlin killing 12 people.