US: North Korea Canceled Meeting with Pence at Last Minute

WASHINGTON (AP) — Vice President Mike Pence was all set to hold a history-making meeting with North Korean officials during the Winter Olympics in South Korea, but Kim Jong Un’s government canceled at the last minute, the Trump administration said Tuesday.

A potential meeting between Pence and the North Koreans had been the most highly anticipated moment of the vice president’s visit to Pyeongchang, South Korea, where he led the U.S delegation to the opening ceremonies. Ahead of Pence’s visit, Trump officials had insisted they’d requested no meeting with North Korea, but notably left open the possibility one could occur.

There was no indication that a meeting had indeed been planned — and then canceled on short notice — until Tuesday, more than a week after Pence returned to the United States. The State Department said that Pence had been “ready to take this opportunity” but would have used it to insist Pyongyang abandon its nuclear weapons and ballistic missile programs.

“At the last minute, DPRK officials decided not to go forward with the meeting,” said State Department spokeswoman Heather Nauert, using an acronym for the North’s formal name, the Democratic People’s Republic of Korea. “We regret their failure to seize this opportunity.”

A Trump administration official said the U.S. had expected the meeting to occur Feb. 10, the last day of Pence’s three-day visit to the Olympic Games. The administration did not say exactly how much notice it received from North Korea that the meeting had been called off, nor where the meeting would have taken place or under what conditions

Nor was it immediately clear whether North Korea scheduled the meeting before the vice president arrived in South Korea or after he had already arrived. The day before landing in Pyeongchang, Pence told reporters that “we haven’t requested a meeting with North Korea.”

“But if I have any contact with them — in any context — over the next two days, my message will be the same as it was here today: North Korea needs to once and for all abandon its nuclear and ballistic missile ambitions,” Pence said.

North Korea had no immediate response to the news out of Washington. But North Korean officials had said previously that they had no interest or intention of meeting with Pence in Pyeongchang during the games.

A potential high-level interaction between the U.S. and North Korea, which would have broken years of estrangement between the two countries, loomed prominently over the Winter Games, where North Korea made a last-minute move to send its athletes to compete on a combined team with South Korea, the host of the games.

Since taking office, the Trump administration has been working to increase economic pressure on the North to abandon its nuclear programs while also threatening military action, insisting at the same time that a diplomatic solution would be preferable for all sides. Yet for months the Trump administration had offered inconsistent messages about what conditions would be needed for a tete-a-tete — such as whether North Korea would have to agree that its nuclear program was on the table before the United States would be willing to sit down.

Pence’s office, acknowledging the scrapped meeting on Tuesday, said North Korea had “dangled a meeting” in hopes that doing so would entice the vice president to ease up on the North. Pence’s office suggested that North Korea later bailed because it became clear he would hold firm on the U.S. stance if a meeting did occur.

Pence’s chief of staff, Nick Ayers, said that the planned meeting — first reported by The Washington Post — would have included an “uncompromising message” delivered by Pence about the “maximum pressure campaign” the Trump administration is waging to try to deter North Korea from proceeding with its nuclear program.

“Perhaps that’s why they walked away from a meeting, or perhaps they were never sincere about sitting down,” Ayers said.

Pyongyang sent its nominal head of state, Kim Yong Nam, the highest-level visitor to the South from the North in recent memory. It also sent Kim Jong Un’s sister, Kim Yo Jong. Ostensibly, Pence would have met with one or both of those significant North Korean figures.

Pence’s guest for the Olympic Opening Ceremonies was Fred Warmbier, the father of Otto Warmbier, the U.S. student who died in 2017 shortly after he was released from North Korean detention. Pence also announced in the run-up to his visit that the Trump administration was preparing to unveil a particularly tough round of sanctions punishing the North for its nuclear weapons program.

Pence’s trip came after President Donald Trump days earlier hosted a group of North Korean defectors in the Oval Office, including Ji Seong-ho, whom the president had referenced in his State of the Union address. The White House cast that meeting as part of the Trump administration’s “maximum pressure” campaign to counter the North Korean nuclear program. The plan centers around rallying the international community to further isolate North Korea both diplomatically and economically. 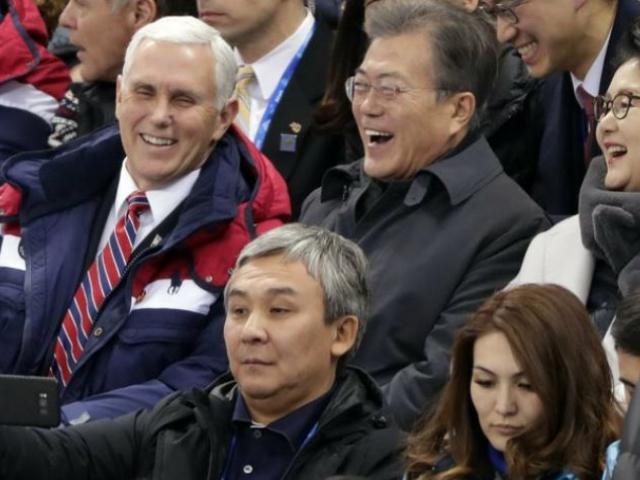 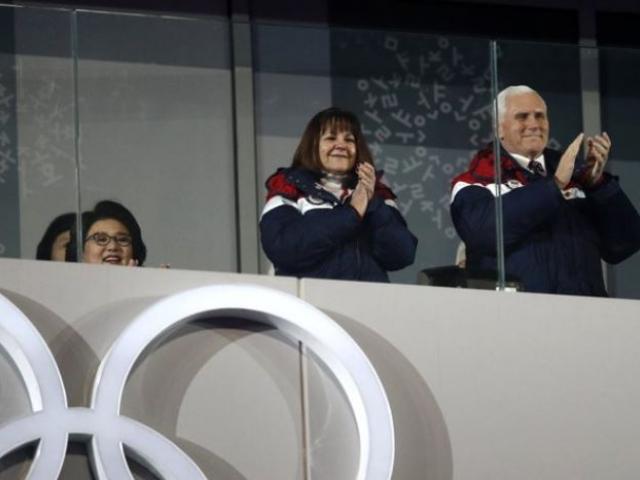 No Olympic Truce for US, North Korea in Pyeongchang 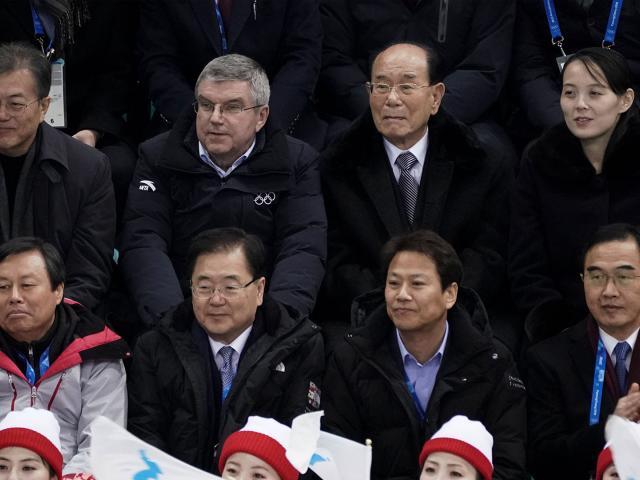