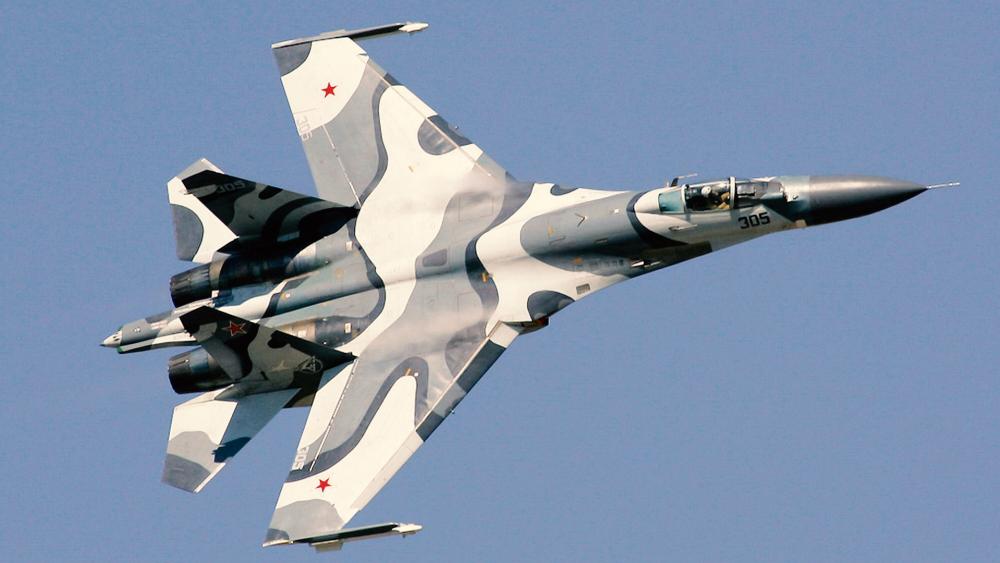 The U.S. State Department is calling out Moscow after a close call in the sky over the Black Sea between a U.S. Navy reconnaissance plane and a Russian fighter jet.

"As confirmed by U.S. Naval Forces Europe, a Russian Su-27 engaged in an unsafe interaction with a U.S. EP-3 in international airspace, with the Russia pilot closing to within 5 feet and crossing directly in front of the EP-3's flight path," State Department spokesperson Heather Nauert said in a statement Monday.

"While the U.S. aircraft was operating under international law, the Russian side was flagrantly violating existing agreements and international law, in this case the 1972 Agreement for the Prevention of Incidents On and Over the High Seas (INCSEA)," she said.

According to a statement from the U.S. Navy's 6th Fleet, the Su-27 reportedly crossed directly into the flight path of the EP-3, "causing the EP-3 to fly through the SU-27's jet wash."

The Navy says the interaction between the two aircraft lasted about 40 minutes. Meanwhile, the State Department warned this type of behavior needs to stop.

"We call on Russia to cease these unsafe actions that increase the risk of miscalculation, danger to aircrew on both sides and midair collisions," Nauert said.

Russia's RIA news agency quotes the Defense Ministry as saying: "After the surveillance plane of the U.S. Navy had changed its course to move away from the border, the Su-27 returned to its base."

Monday's incident is the latest in a string of "unsafe" intercepts that the Russian military has conducted.

A number of similar incidents between U.S. and Russian military aircraft have also occurred over the Baltic Sea in recent years.