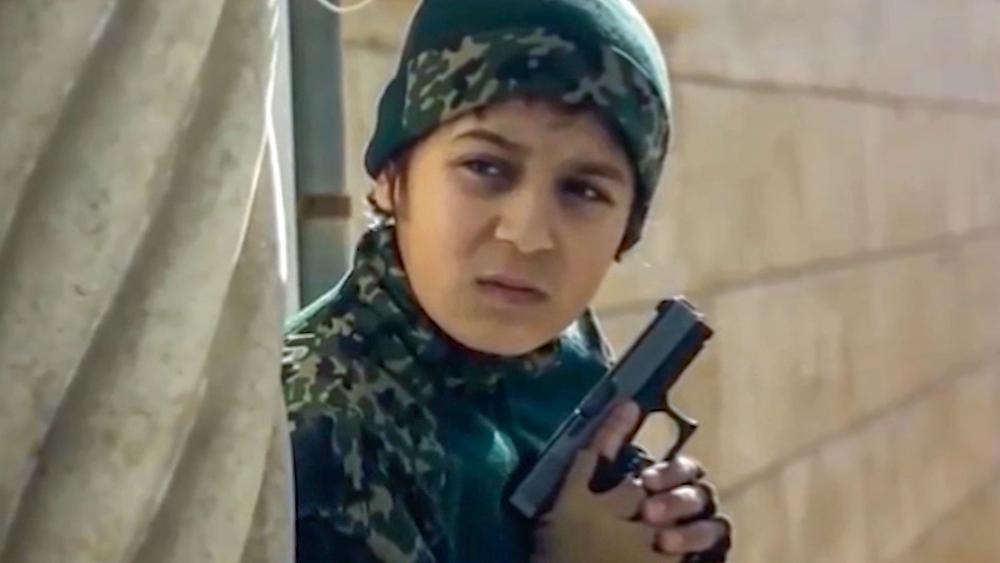 WASHINGTON — Many American boys dream of doing what they do in the major leagues – hitting a home run. But in other parts of the world, dreams like these are dashed by a darker reality – one that involves preying on young kids and training them to do the unthinkable.

In those places, ISIS takes on American values by pushing the appeal of "Jihadi Cool," targeting Millennials online with the idea that one is never too young to be a warrior for Allah.

Dr. Anne Speckhand runs the International Center for the Study of Violent Extremism. The psychologist has written several books on ISIS, interviewing more than 500 terrorists as part of her research.

Speckhand showed us video of an ISIS defector describing an ISIS execution.

"The person's hands are tied, so he [the executioner] pulled his hair back, and sawed across his neck until he was beheaded," the teenaged defector said.

Terror experts say people who feel disconnected from society and want something bigger than themselves are targets for groups like ISIS. Many times, they're not on government watch lists or have ever been in any kind of trouble.

Christianne Boudreau knows that all too well. Her son, Damian, became an ISIS fighter.

"They are vying to attract them," Boudreau explained. "There is a whole long list of various groups."

At age 17, Damian felt disconnected from his classmates and converted to Islam.

By the time he was 22, Damian had joined ISIS fighters in Syria, and was eventually killed by coalition forces.

ISIS Ramps Up Recruiting in the West

With major losses in the Middle East, ISIS is ramping up recruiting efforts in the west.

European investigators, working with agents from the U.S., Belgium, Greece and Poland recently uncovered more than 2,000 cases of extremist propaganda across a total of 52 online networks.

Experts say the use of underground encryption apps, like German-based "Telegram" and the the texting app "Whatsapp," has increased as well. These are apps many American kids have on their phones.

U.K. investigators have confirmed that Khalid Masood, the terrorist who killed four people and wounded 50 on London's Westminster Bridge, used Whatsapp to send a message to someone shortly before he attacked.

Zweig says he wasn't surprised when authorities said ISIS-related social media inspired the suspect who ran over people on a New York bike path on October, 2017.

"It's hard to envision the world of terrorism, the world of Jihad today, without the proliferation of social media without terrorists finding a very safe and reliable space there, in which to promote their message, to recruit, in which to fundraise," Zweig said.

That's why Dr. Speckhard wants to fight fire with fire, using interviews like one from a 15-year-old boy who thought he was joining a grand caliphate; an alternative world government.

"I knew that older and younger people were being slaughtered. I knew it was wrong. I lost my country, everything," the boy said.

The boy soon realized the only thing he was being taught was to hate, and how to torture and behead human beings.

"I would tell all the children of the world not to join this organization. This organization is not Muslim. They're the infidels.They slaughter innocent people," the boy said.

Using social media, Speckhard posts "The Truth Behind the Isis Brand" videos online. So far, she has produced more 15 videos featuring graphic and emotional testimonies of the 63 ISIS defectors.

The videos are translated into 35 languages and law enforcement officers, counselors, and even Imams across four continents are using these videos to prevent people from joining ISIS.

"We were told a little 13-year-old in London wanted to go to Raqqa, and his counselor couldn't talk him out of it. That counselor told me he showed him my video and it flipped him, Speckhard said.

The U.S. military has even launched an aggressive cyber war campaign against the Islamic State in Iraq and Syria.

Losing Territory on the Battlefield; Gaining in Cyberspace

Counter terrorism experts say this is the new war. ISIS may be losing territory on the battlefields of Iraq and Syria, but in cyberspace, it's still going strong.