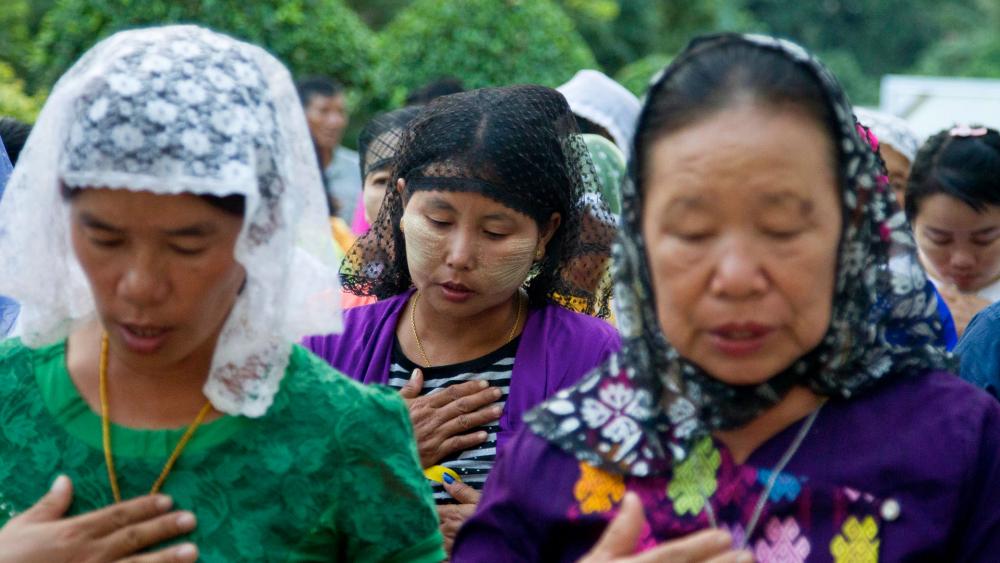 Watch Gary Lane's Where in The World interview with Pastor Bob Roberts to hear how he learned about the persecution of ethnic Christians in Burma.

Northwood Church founder Pastor Bob Roberts worries if the US Congress doesn't act soon, ethnic Kachin Christians in Burma may face the same plight as the Rohingya. He believes prayer and action can make the difference in saving them.

Roberts is a member of the Faith Coalition to Stop Genocide in Burma.

Members of the interfaith tolerance group gathered in Washington, DC on Tuesday to detail the plight of the Rohingya, and to warn that the Kachin also face potential ethnic cleansing.

Roberts said he was alarmed to learn that the same Burmese military units that have burned villages, and have raped and killed Rohingya ethnics in Rakhine State, are now on patrol in the Kachin State.

"When you radicalize and you create such violence among soldiers that have been raping and murdering, you just don't turn that switch off," he said.

He said military units have bombed or burned at least 60 churches in the past 18-months.

Last October, Roberts joined Rabbi David Saperstein on a trip to assess the plight of Rohingya refugees in Bangladesh.

The Rohingya are Muslims chased from their villages by the Burmese military. Their exodus last year from Burma (also known as Myanmar) was the largest mass migration of a people group in modern history as more than 700,000 Rohingya fled the violence and persecution.

Roberts said he was shocked by what he witnessed and perhaps more shocked after learning that the Kachin are also suffering persecution at the hands of the Burmese military.

"I got back home and I started having people say you know, you are an evangelical, you are a Christian, what about the Kachin?  And I'm sorry to say I didn't know that much about the Kachin," explained Roberts.

So, Roberts went to Burma's Kachin State to meet with people internally displaced in (IDP) camps where he learned of their suffering firsthand.

"I was pretty alarmed by what I saw. What alarmed me even more so—I was curious how well the Kachin actually understood what had happened in the Rakhine state with the Rohingya …and the beginning of what was happening in the Kachin State was very similar," said Roberts.

Roughly 95 percent of the people of Kachin State are Christian. They were evangelized more than 180-years ago by Baptist missionary Adoniram Judson.

Roberts says American Christians need to pray for the Kachin and Rohingya. He also suggests people contact their members of Congress and urge them to help.

"The problem is as Westerners, we can't get there for the most part, we can't go volunteer. So, the biggest thing that you could do is send money and resources to the Kachin Baptist Convention," Roberts urged.

"It's a very serious issue. This is not a minor thing."

Christians Targeted 'Like a Scene from a Horror Movie': Shocking Reports Emerge from Myanmar