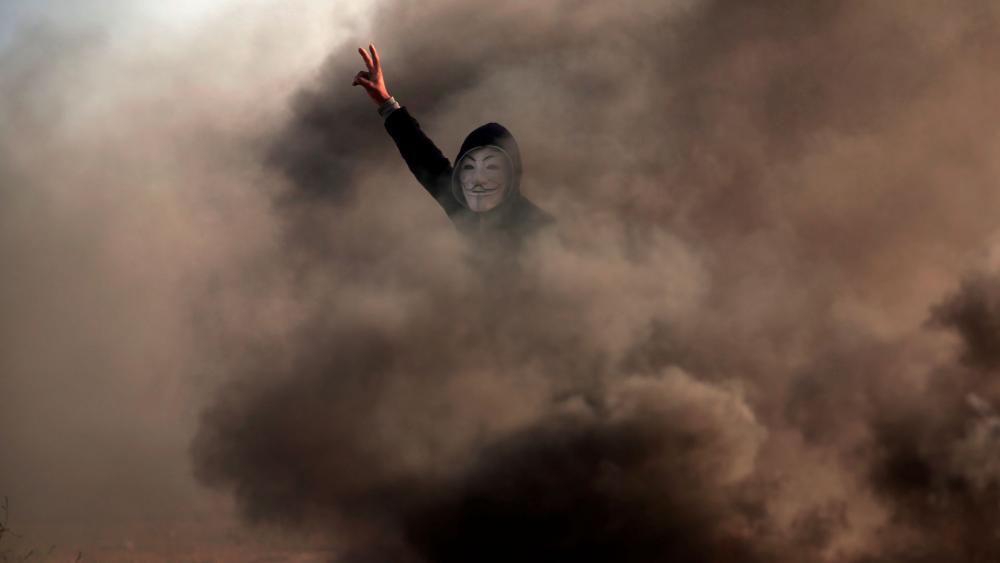 Israel is warning Hamas that it will "pay a heavy price" if their aggression along the Gaza border continues.

Prime Minister Benjamin Netanyahu told residents of Gaza border towns that Israel is prepared for a "lengthy battle" with Hamas.

"It is important that Hamas will understand it is facing a wall of steel, and this wall consists, first of all, of a determined government with strong local leadership and Zionist communities that we will continue to strengthen and, of course, the IDF (Israel Defense Forces)," Netanyahu told Israeli residents Monday.

Despite agreeing to a cease-fire, Palestinians launched fresh attacks with kites and balloons loaded with flammable material aimed at Israel, setting fires to farmlands and forests.

Israel's military is urging Gazans to speak out against such terror tactics.

"We ask every merchant and every citizen who is interested in calm and wants to see the goods enter (Gaza), turn to the Hamas terrorist organization and demand that they stop their terror activities such as firebombs and incendiary balloons," Lt. Col. Iyad Sarhan, an IDF spokesperson said in a video message to residents of the Gaza Strip.

Since April, these airborne arson attacks have sparked more than 750 fires throughout southern Israel destroying thousands of acres of farmland. In response to the continued fire attacks, Israel on Tuesday put a tighter clamp on the number of goods, including fuel, passing through its border crossing with the Gaza Strip.

"The heavy price you are paying is the result of the balloon terrorism and incendiary kites, which we consider to be terrorism in the full sense of the word and therefore the response will be more difficult," Sarhan said.

In predictable fashion, Hamas, which runs the Gaza Strip, called Israel's fuel blockade a "war crime," saying in a statement: "The decision by the Israeli occupier to close the crossing is in opposition to the basic needs of human life, and nothing less than a crime against humanity."

For months, Netanyahu's government has been under pressure to stop the fire kites and incendiary balloons from causing further damage to crops and nature reserves.

While Israel says it has no interest in another war with Hamas, the prime minister said late Tuesday that the "military is prepared for any scenario" and will no longer tolerate the flying arson attacks.

"As long as terror continues with the launching of the balloons, the IDF will not sit idly by, will not be silent about the situation, and will respond strongly to the continued firing of balloons and other terrorist acts that are burning the southern region," Lt. Col. Sarhan warned Gazans.

In early June, CBN News visited the southern Israeli community of Kibbutz Nir Am, less than a mile from Israel's border with Gaza to see the damage caused by the fires firsthand.