'It Was a Miracle!' Thai Soccer Players Relive Daring Rescue from Flooded Cave 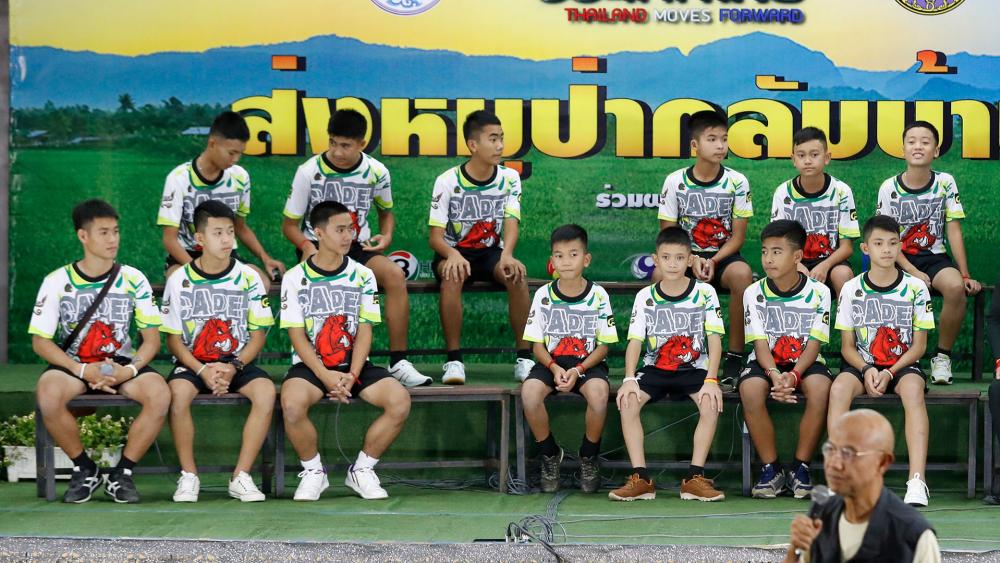 Adul Sam-on and his teammates were all smiles Wednesday as they walked into a packed news conference, newly released from the hospital after being rescued from a flooded cave in Thailand.

"It was a miracle, it was shocking," the 14-year-old said of the rescue mission as he and several of the Thai boys told the world for the first time in their own words what it was like being trapped in the Tham Luang cave complex.

Adul is originally from Myanmar. Reports say he left his family when he was 7-years-old and moved to Thailand to get a better education. In Thailand, he lived in a church and was raised by Christian teachers.

Adul became famous during the ordeal as he was the only member of the team who could speak fluent English and became the main point of contact for British divers involved in the rescue mission. He told reporters what it was like seeing those divers coming out of the water for the first time since being trapped.

"After they came out of the water, I was really surprised that they (divers) were from the UK and I didn't know what to say. All I was able to say was 'hello'. It was very magical to see them, I was very surprised, I was very shocked," Adul recounted.

The team's coach Ekkapol Chantawong talked more about their ordeal.

"We didn't want to do nothing and just wait for help," he said. "So we dug holes to find a way to escape and stopped when we were tired. We kept drinking water to fill our belly."

On June 23, the boys and their coach got trapped while on a team-building exercise in Thailand's longest cave. Shortly after entering the cave, heavy rains and flooding trapped them underground for more than two weeks.

"We felt dizzy, hungry and had no strength," said 11-year-old Chanin Wiboonrungrueng, the youngest player in the team. "We tried not to think of food, like fried rice, because it would make us hungrier."

"When we had the strength, we spent our time digging through the rocks in the cave trying to find a way to escape," said one of the boys.

Divers found them 10 days later and eventually managed to rescue the last of them during a delicate operation on July 10. Last week, the Thai Navy SEALs released video showing just how difficult and dangerous that rescue mission was as they raced to save the team from more potential flooding.

During the press conference, many of the boys thanked the rescuers for their heroic efforts.

"For me, Thai Navy SEALs are like our fathers and we're their sons," said 13-year-old Panumas Saengdee to the applause of the crowd.

Close to 1,000 rescue experts from around the world spent eight days trying to retrieve the boys. During the mission, an ex-Thai SEAL diver, Saman Kunan, lost his life as he was making his way out of the caves. His death weighed heavy on the players.

"We feel very sorry to learn that Saman lost his life trying to save us," said coach Chantawong. "We were shocked to learn about his death and (felt) guilty. He died because of us."

"This experience has taught me that living carelessly has consequences - good and bad," Adul added. "From now on I'll live my life carefully and I'll live to the fullest."

A week after their rescue, doctors discharged the team from the hospital where they had been recovering and said they were healthy and ready for normal life.

"We have had experts look at each of the boys and I can confirm that we have checked for every possible disease and infection and now they are ready to go home," said a hospital official.

Families of the 12 youngsters have eagerly awaited their homecoming after 25 days of separation.

Banphot Konkum, an uncle of 13-year-old team captain Duangpetch Promthep, who's nickname is Dom, has spent the past week since his rescue preparing for this day.

"We're waiting for Dom to come back and we're preparing a new room for him," Konkum said. "His old room was a bit small so we're renovating all of it."

Hours before their release from hospital, Konkum and other family members were busy shopping for Dom.

Khameuy Promthep says she's been waiting for this day ever since her 13-year-old grandson Dom got trapped in the cave on July 10.

"This is the happiest day of my life," she told AFP in an interview. 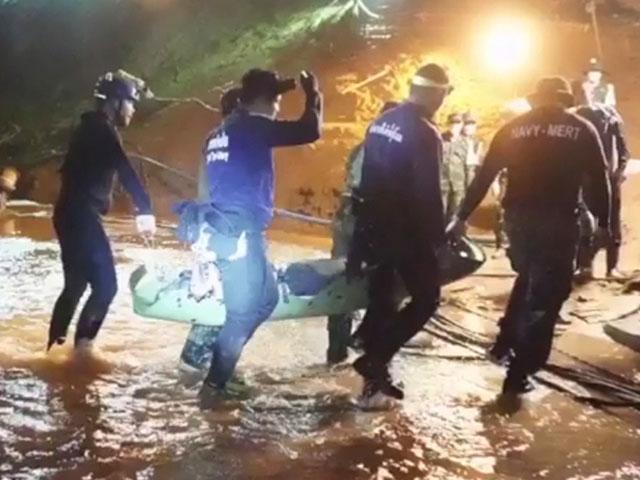 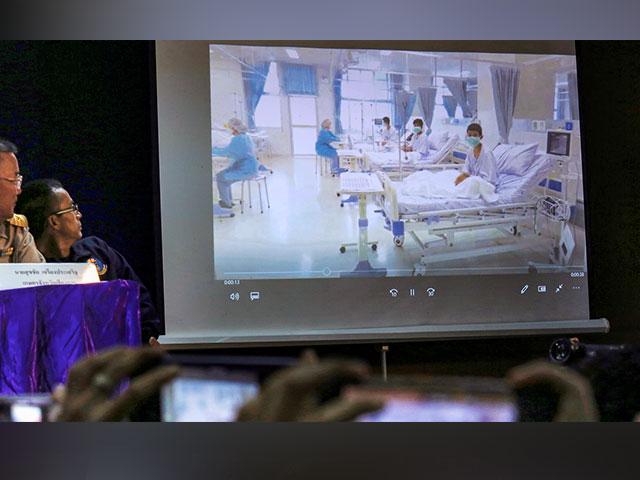 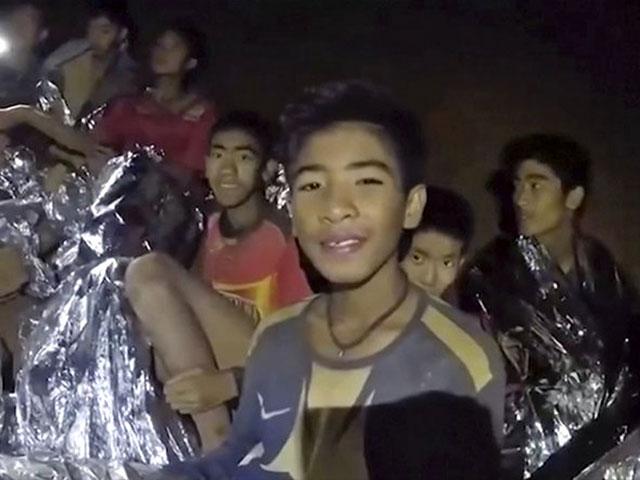