Pastor in Nicaragua: 'We Fear War Could Erupt, Please Pray for Us' 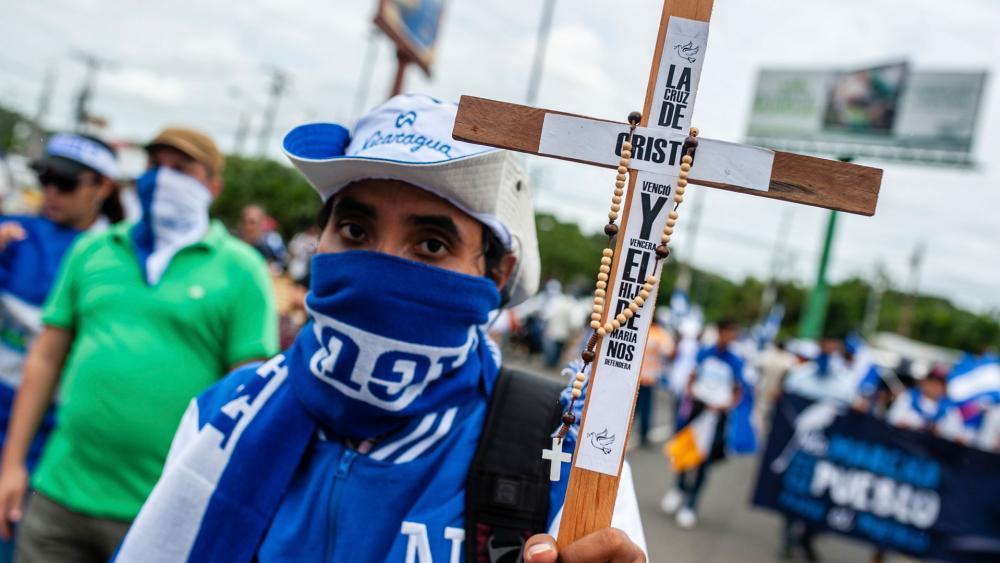 Nicaragua was one of Latin America's most peaceful countries – not anymore. Now residents of this Central American nation fear their country is on the brink of civil war.

"We fear war could erupt at any moment and that would bring a lot of suffering, so please pray for us," a local evangelical pastor, whose city has been at the center of the conflict, told CBN News.

This pastor has a small-sized church in Masaya's Monimbo neighborhood, some 17 miles south of Nicaragua's capital city of Managua. Three months ago, on April 18, Masaya became the epicenter of a national resistance movement to Nicaragua's President Daniel Ortega.

"It has been a terrible situation here. We have had a lot of people killed by the police and other groups that support the government," the pastor said.

CBN News agreed to withhold this pastor's identity and the name of his church for security reasons.

"I live in a neighborhood where police and other forces have been going door-to-door and arresting young people," the pastor told CBN News. "There are so many people missing that we fear they could be dead."

He described an incident several days ago when throngs of police came marching down his street.

"I was under the bed with my wife and daughter, who is handicapped. It was terrifying for us," he recalled.

Ortega Will 'Stop at Nothing' to Crush Opposition

Human rights groups say hundreds have been killed so far, most of them opponents of President Ortega.

3 months after and 300+ people killed – the vast majority of them by police or pro-government armed groups, Ortega has shown time and again that he will stop at nothing to crush all those who dare to oppose his government #SOSNicaragua https://t.co/FJ0EjDafQv pic.twitter.com/uy5lu4WGkX

"Three months after the state repression began in Nicaragua, around 300 people have been killed – the vast majority of them by police or pro-government armed groups," Erika Guevara-Rosas, Americas director at Amnesty International, said in a statement.

"President Ortega has shown time and again that he will stop at nothing to crush all those who dare to oppose his government and anyone unfortunate enough to get in the way, including children, students, victims' mothers and members of the clergy," Guevara-Rosas added.

The majority of Nicaraguans belong to the Roman Catholic Church. Around 15 percent of the population is evangelical. When the protests began, Mr. Ortega reached out to the Catholic Church to help resolve the political crisis.

"Numerous bishops played a critical role in the early days of the conflict, acting as a mediator between government and opposition forces," the evangelical pastor told CBN News. "The bishops played a vital role in trying to bring calm to the situation."

Evangelicals, on the other hand, took a different approach, he said.

"Many evangelical churches were reluctant to take on such a prominent political role and instead prayed and fasted behind the scenes," the pastor said. "Churches also distributed food, water and counseled families who were affected by violence."

In the ensuing days, the Catholic Church became a target of pro-government supporters, leading to numerous assaults on priests and attacks and vandalism on more than a dozen Catholic parishes.

Father Cesar Augusto Gutierrez's church was one those hit in a hail of bullets. On July 17, forces loyal to Ortega regained control of the city of Masaya from anti-government supporters. Gutierrez says his parish was stormed by hundreds of elite police and paramilitary forces.

"They are defiling the churches," Gutierrez said in a Spanish radio interview. "The government is killing us."

On Thursday last week, President Ortega turned his wrath on the Catholic Church, accusing bishops of being "coup mongers" attempting to topple his government.

"Many churches were used as barracks to store ammunition and bombs and to use as bases to attack and assassinate," President Ortega said during a speech before thousands of supporters. "The opposition is in league with Satan, and the bishops should exorcise them."

Cardinal Leopoldo Brenes, archbishop of Managua, shot back at Ortega.

"Being a coup monger means {someone who will} carry out a coup. And I don't have any intentions of carrying out a coup because I'm not a politician nor are the bishops politicians," Brenes said. "Not one of us wants to assume the presidency nor do we want to form a political party, and as such, we don't see ourselves {involved} in that."

'Priests Fear for Their Lives'

Ortega's rant against Nicaragua's bishops has struck fear in the hearts of Catholics.

"We have many priests who have taken refuge," Bishop Rolando Álvarez told the Wall Street Journal. "I dare say that all priests, or practically all, fear for their lives."

Still, the pastor in Masaya said despite the broadening crackdown and persecution of people of faith, evangelicals and Catholics remain united for the sake of the people.

"We realize that the church cannot take sides in this political crisis. Instead, we have to be on the side of justice and the people," the pastor told CBN News. "We really don't know where we are going; please pray that God will bring understanding to our government authorities."

It's a sentiment echoed by Nicaraguan Archbishop Silvio Jose Baez, who has appealed to President Ortega to stop the bloodshed.

In a Twitter post, Baez said the church "does not suffer for being slandered, attacked or persecuted."

The evangelical pastor told CBN News that fear has now gripped Masaya after Ortega's forces retook the symbolic city more than a week ago.

"Everybody in my city is afraid. You cannot walk on the street with confidence," the pastor said. "There are armed pro-government civilians and police roaming the streets. There are cameras everywhere and people know the authorities are watching us."

US Condemns 'Cowardly' Attacks on Churches

Meanwhile, the US State Department has condemned the "cowardly" attacks on churches and has urged President Ortega to hold "early, free, fair and transparent elections."

State-sponsored violence in Nicaragua is undeniable. Ortega’s propaganda fools no one and changes nothing. 350+ dead at the hands of the regime. The US calls on the Ortega government to end the violence NOW and hold early elections—the world is watching! https://t.co/jvNCznmfE5

"State-sponsored violence in Nicaragua is undeniable," Pence tweeted. "Ortega's propaganda fools no one and changes nothing. 350+ dead at the hands of the regime. The US calls on the Ortega government to end the violence NOW and hold early elections — the world is watching!" 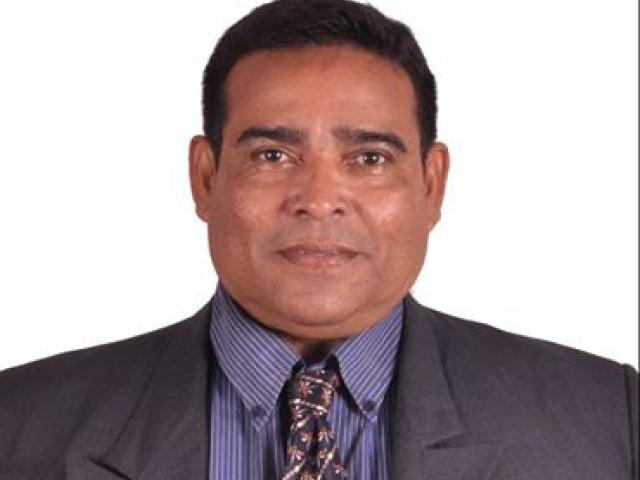 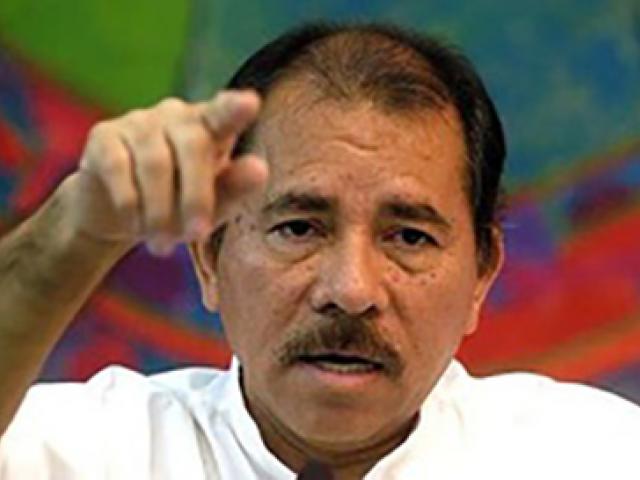 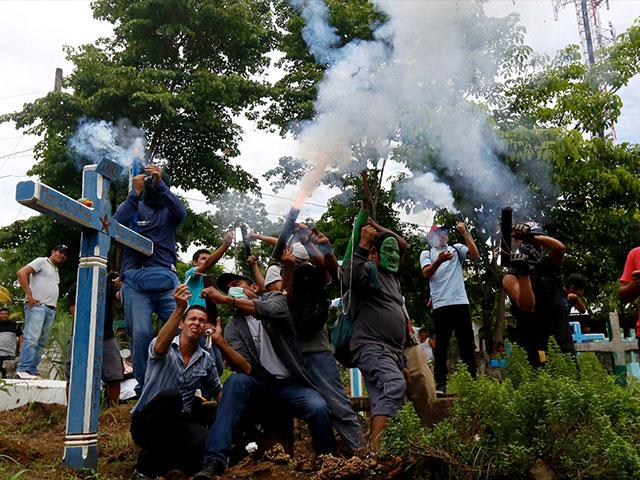