Longest Blood Moon of the Century: Christians Speculate on Its Prophetic Significance 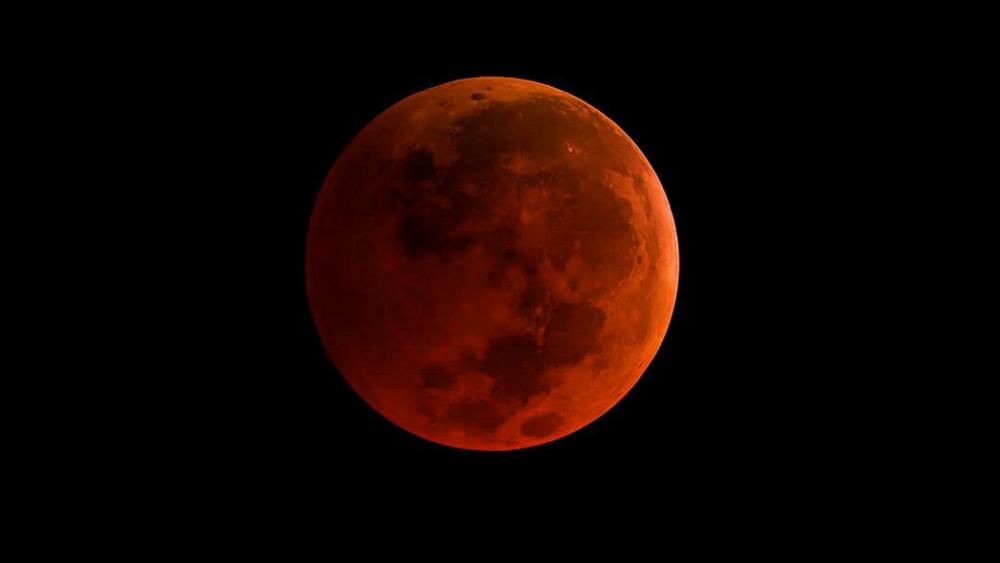 Blood Moon
A blood moon appeared in the sky Friday in a show of the longest lunar eclipse of the century.
NASA said the total eclipse lasted one hour, 42 minutes and 57 seconds, and the partial eclipse that precedes and follows will mean the moon actually spends a total of three hours and 54 minutes in the earth's shadow. That's a record-setting eclipse in our lifetime. It began around 1:15 pm EDT.
At the exact same time, astronomers say Mars also came closer to Earth than it has in 15 years, which means the red planet was shining brighter than usual right as the moon was also turning red.
Some Christians believe blood moons are a sign of fulfillment of prophecy.
Pastor John Hagee, author of the 2014 best-selling book Four Blood Moons, believes that throughout history blood moons have been a sign from God to the world that something big is about to happen.
Blood moons are mentioned in the Bible, including the book of Joel, the book of Revelation and second epistle of Peter.
Hagee told CBN News in the past, "The evidence is very clear scripturally that God controls the sun, moon and stars – that God is sending us a signal through the sun, the moon and the stars. The question is, are we listening?"
Hagee also noted that the three tetrads of blood moons in the 20th century coincided with major events for Israel and the Jewish people.
In 1492, the Jews were expelled from Spain and Columbus discovered America, which would become a safe haven for the Jewish people. Then iIn 1948, Israel was reborn as a nation, and in 1967, Israel recaptured Jerusalem during the Six-Day War.
And again more recently, Hagee believed the series of blood moons in 2014 coincided with former President Barak Obama's nuclear deal with Iran.
July's blood moon is the second of 2018 with the last one happening on January 31 during the rare blue blood moon spectacle. It has some Christian leaders speculating its significance.
Indiana Pastor Paul Begley said in a YouTube video we are already in the end times and are now waiting for the return of the Messiah.
"These Blood Moons always happen on significant days of prophecy," Begley said in his latest video. "And if you study the Blood Moons of 2014 and 2015 – the four Blood Moons Pastor Mark Biltz and Pastor John Hagee made everyone aware of back in 2014, in 2015 – they happened on the Feast of Passover and on the Feast of Tabernacle."
He continued, "Sandwiched in between there what happened? A war broke out in Israel and many other events."
Begley said January's Blue Blood Moon was an indicator that "something was going to happen" with Jerusalem and with Israel on its 70th year. Now, he says the July blood moon could mean anything from newfound peace to another outbreak of war.
"We don't know yet, that's why you watch these signs in the heavens, you watch these signs of what's going on on Earth and you keep and eye on Biblical prophecy because we're living in the last days," Begley said.
Express UK reported Friday's eclipse would be visible from Europe, Africa, and the Middle East between sunset and midnight on July 27 and then between midnight and sunrise on July 28 in most of Asia and Australia.