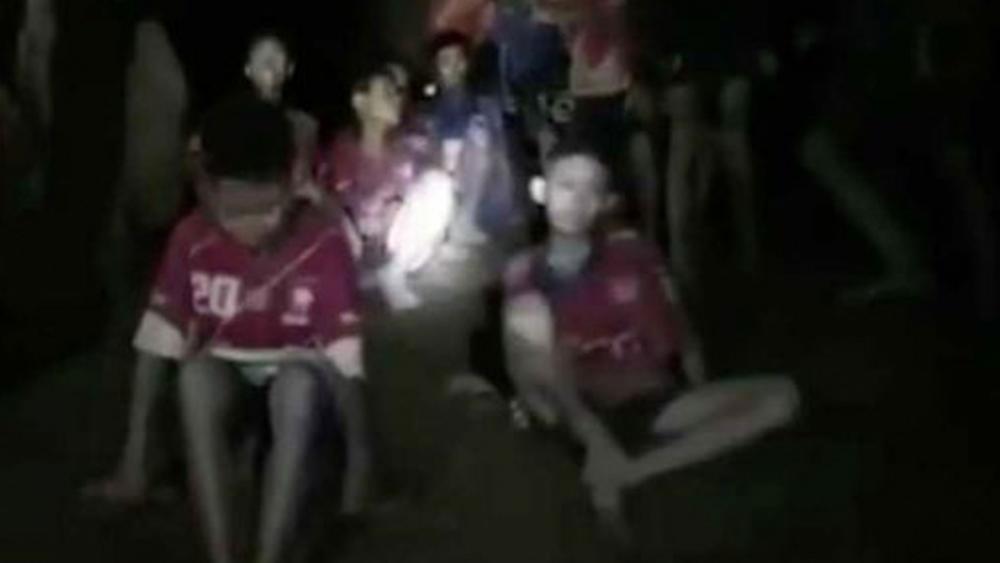 A team of 12 young soccer players who were discovered alive inside a flooded Thai cave remain in grave danger as rescue efforts continue to be hampered by poor weather conditions. The team was discovered by a combined rescue party of Thai Navy SEALS and volunteer divers Monday after spending ten days trapped in the perilous situation.

Now, however, it has been reported that the boys may have to learn to dive and make the treacherous swim to safety themselves as heavy rain is forecast.

Experts had initially said that the schoolboys may have to survive in the Thamg Luang cave network until the monsoon seasons ends in August. Now though, with the risk of fresh rainfall, the group may have to mount an escape sooner than expected. According to the Daily Mail, rescue teams have been pumping some 10,000 liters of water out of the caves every single hour – but this has only yielded a one-centimeter reduction in water level.

“As rain is forecast in the next few days, the evacuation must speed up. Diving gear will be used. If the water rises, the task will be difficult. We must bring the kids out before then,” said Thai Interior Minister Anupong Paojinda, according to the Bangkok Post.

“Diving is not easy. Those who have never done it will find it difficult, because there are narrow passages in the cave. They must be able to use diving gear. If the gear is lost at any moment, it can be dangerous to life.”

British volunteer divers John Volanthen and Rick Stanton were part of a team who risked their lives swimming through the terrifyingly narrow underwater passages to reach the group.

Incredibly, despite being desperately hungry, the boys were all found to be in good physical condition. “We found that most of the boys are in [stable] condition,” said Chiang Rai provincial Gov. Narongsak Osatanakorn. “Maybe some of the boys have injuries or light injuries and would be categorized as yellow condition. But no one is in red condition.”

Red denotes “critical” condition and yellow is classed as “serious.”

SEAL commander Rear Adm Arpakorn Yookongkaew noted that a team of seven SEAL divers are currently with the soccer team, providing medical care. A first meal is being prepared for the group to be sent down in sealed pouches, with the team having already received energy gel sachets and paracetamol.

Rescuers have set up an underground headquarters for the rescue operation, which has been stocked with diving equipment, food and medical supplies.

“We will prepare to send additional food to be sustained for at least four months and train all 13 to dive while continuing to drain the water,” Thai Navy Captain Anand Surawan stated on Tuesday.

But Ben Reymenants, a Belgian diver who is part of the rescue team, said that a rescue operation must be mounted immediately to prevent the group from being cut off.

‘Time is not on our side – we’re expecting heavy rain in three days,” he told BBC Newsnight on Monday. “If the cave system (floods) it would make access impossible to the kids.”

But the immense physical challenge of swimming to safety may be too much for the weak and tired young boys – it took skilled Navy SEAL diver about six hours to navigate the narrow, mud-clogged underwater passages that led to the team’s location.

“So they may end up being better off trying to supply them in cave until they can be gotten out by other means.”

Edd Sorenson of International Cave Rescue and Recovery agreed, despite the Thai authorities stating that they would seek to train the boys in the use of advanced diving equipment.

“As long as the kids know we know where they’re at, they have food, a way to keep warm, water or filtration systems and light, it would really be the safest to wait it out,” Sorenson told the BBC.

“Taking them in the water would be extremely dangerous for the kids and the coach – but also for the rescuers.”

Diver Mr Reymenants said that “Nnone of them can swim or dive so that’s going to be a real challenge.”

Despite the obvious challenges still facing the stricken soccer, the hope of rescue has brought joy to many of the families.

“I’m so happy I can’t put it into words,” a relative one of the boys told the BBC.

In an astonishing piece of footage obtained by ABC News, one of the boys can be heard saying “I am very happy,” after being discovered by the diver team. “Thank you so much,” he said to a British member of the crew. “You have been here 10 days. You are very strong,” the diver responded.

“Where are you from?” one of the rescued boys asked. “England, the UK,” the diver answered.

“God bless you,” another member of the rescued party could be heard saying.

Pray that the rescue workers are wise as they piece together a rescue plan, and ask that God would strengthen these brave boys as they battle fatigue and fear in the darkness of the cave. 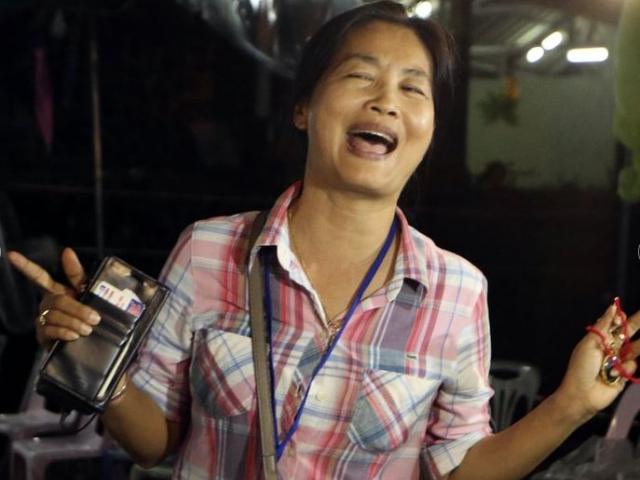