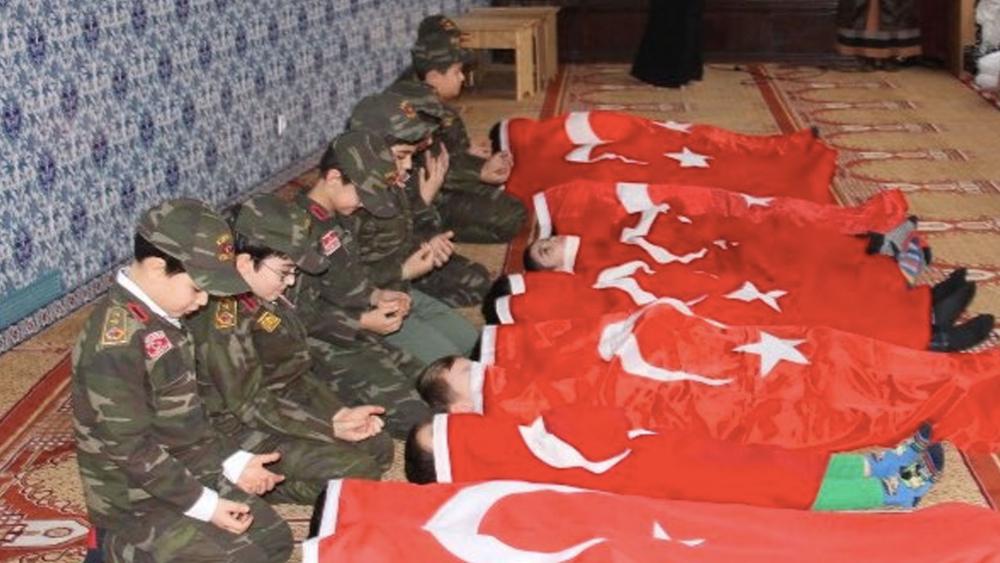 A crackdown on "political Islam" inside Austria is being blasted by Turkey, which called it "Islamophobic, racist and discriminatory."
Conservative Austrian Chancellor Sebastian Kurz announced the government was shutting down a hardline Turkish nationalist mosque in Vienna and dissolving a group called the Arab Religious Community that runs six mosques.
Kurz said, "Parallel societies, political Islam and radicalization have no place in our country."
The move comes after images appeared on Twitter in April of children in a Turkish-backed mosque playing dead and reenacting the World War I battle of Gallipoli (in which an allied invasion of Ottoman Turkey was defeated).
Their "corpses" were then covered in Turkish flags. The mosques association called the event "highly regrettable."

The AKP is preparing Turkish children in Europe for war: In Austrian ATIB mosques operated by the Turkish state, young boys in military uniforms are prepared to die as martyr, playing "dead soldiers" who are wrapped in the Turkish flag. pic.twitter.com/WlMN37zvhG

The mosques are also suspected of violating a law against receiving money from abroad.
A Turkish government spokesman called the closures "an attempt to target Muslim communities for the sake of scoring cheap political points."
But even Austria's opposition parties voiced approval for the crackdown, with the centre-left Social Democrats calling it "the first sensible thing this government's done."