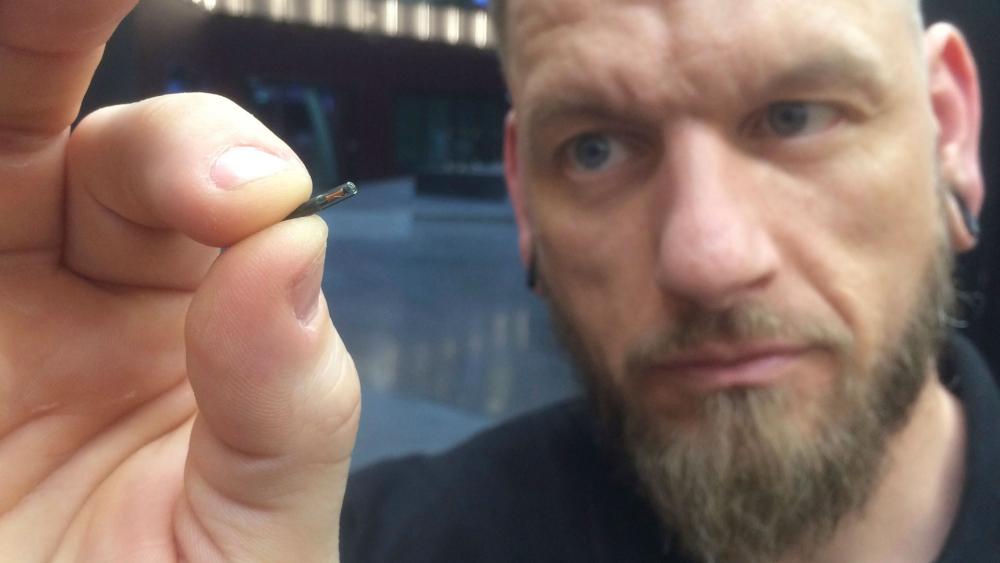 Roughly 3,500 Swedes have had microchips inserted into their bodies, essentially turning their hands into contact-less credit cards, key cards and even rail cards.
The chip, like the chips inserted into animals, is injected into the back of the hand between the thumb and index finger.
Experts say the trend reflects Swedes' love affair with "bio-hacking." Bio-hacking refers to experiments in biomedicine including "wetware" hacking with biological materials, and transhumanism – the belief that the human race can evolve beyond its physical limitations through science and technology.
The Swedish government has also invested heavily in creating a digital economy, and Sweden's central bank has discussed issuing a new digital currency – the "e-krona."
Last year, a software company in the US made waves by injecting many of their employees with microchips that serve a similar function to the ones being injected in Sweden.
Todd Westby, the CEO of that company, Three Square Market, wrote, "Eventually, this technology will become standardized allowing you to use this as your passport, public transit, all purchasing opportunities, etc."
That's exactly what's happening in Sweden. The YouTube video below is in Swedish, but it shows how train travelers can now use their chip to board the train. "The system works by registering each passenger with a membership number, which is stored in the microchip and monitored and updated via an app on the customer's smartphone," the video states.
Sweden is one of the nations least likely to care about biblical concerns over implanted chips. Polls show only 1 in 10 Swedes thinks religion is important in daily life.
But many Christians express concerns about microchip implants because they see the idea as a prelude to "the mark of the Beast" which Revelation chapter 13 says will be "a mark on their right hand or on their foreheads."
CBN Founder Pat Robertson says, "If we regard the forehead as the center of the will and the hand as being symbolic of what we do, it seems that the mark is more than just some computer laser imprint. What we are really talking about here is who gets our allegiance. Will we give the Antichrist our minds and our work? If our allegiance is to God, we will not serve the Antichrist, and we will not take his mark upon us."