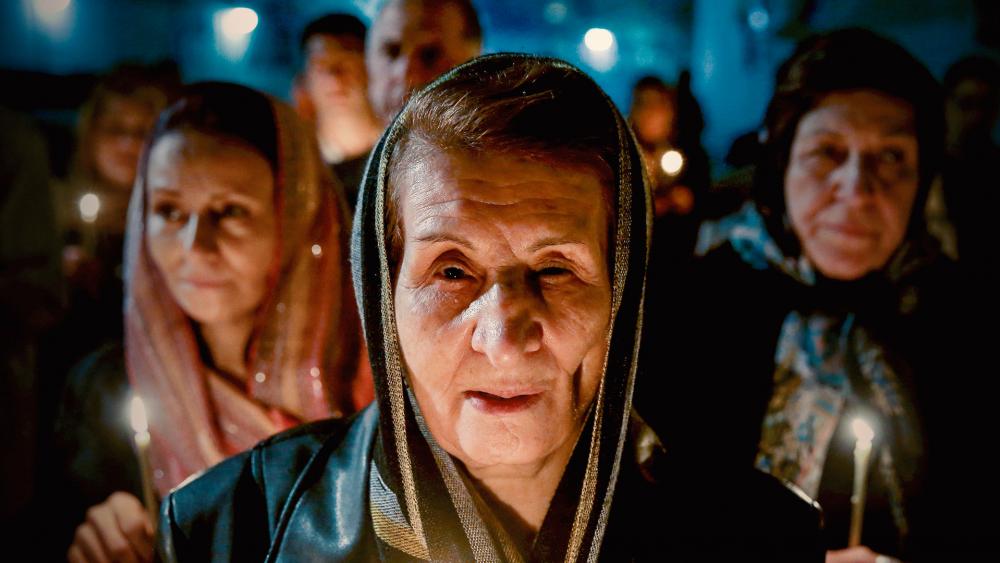 Scores of religious minorities escaping persecution in Iran are now facing an uncertain future as they continue to wait for the United States to grant them asylum.

More than 100 Iranians, among them many Christians, have been stranded in Vienna, Austria, for more than a year waiting to resettle in America after fleeing their homeland.

Despite being pre-screened by the U.S. State Department, the refugee applicants, some of whom are ethnic Armenian and Assyrian Christians, Mandeans, and Zoroastrians, were denied entry under the Trump administration's strict refugee policies.

Last Wednesday, Austrian local police raided several apartments where some of the Iranians were staying as they waited for applications to be processed.  Austrian authorities reportedly took vital documents and passports and threatened to deport them.

Avakian said many of those stranded had sold everything to come to America.

The refugees applied for asylum under the Lautenberg Amendment which allows various religious groups that experience persecution to apply for refugee status.

Religious leaders and human rights groups are urging the Trump administration to take another look the plight of these Iranians.

"National security must remain a priority for all U.S. government policies," said Daniel Mark, chairman of The U.S. Commission on International Religious Freedom. "Yet we also must make timely security assessments in keeping with the intent of the Lautenberg Amendment."

"These refugees face the imminent danger of return to Iran, where the already dire situation for religious minorities is steadily deteriorating," Mark added in a statement.

Avakian said returning to Iran is something he doesn't even want to think about.

"Most of us cannot go back to Iran," Avakian told the Times. "We are afraid they will give us a sentence. They could put us in jail."

On January 16, designated Religious Freedom Day, Trump said the US was a "champion for religious freedom around the world."

Vice President Mike Pence, speaking at a conference on religious persecution in May 2017, promised that this "administration is fully committed in bringing relief and comfort to believers, not only across the Middle East but across the world."

Yet some argue the administration's decision not to intervene in the case of the Iranian Christians stranded in Austria shows they have not lived up to their promises.

"These individuals were subject to the same rigorous process for resettlement as all refugees and, following input from all relevant departments and agencies, the applications for resettlement were denied," a spokesperson for the US State Department told reporters.

"The United States will not force anyone to return to Iran," the statement continued. "The United States, the government of Austria, and others are working together on protection options for denied applicants that could include resettlement or asylum elsewhere."

Bi-partisan lawmakers disagree and argue further that the Departments of Homeland Security and State are violating the Lautenberg amendment by "preventing these Iranian Christians, along with other oppressed Iranian religious minorities, from entering the United States to escape persecution."

"We are disappointed by reports that the Department of Homeland Security (DHS) has denied visas to some of the approximately 100 Iranians in Austria who, for over a year, have been awaiting a decision on their applications for refugee status,"  lawmakers Randy Hultgren (R., Ill.) and James McGovern (D., Mass.) wrote in a statement. "These Iranians are members of religious minorities fleeing a regime that has brutally oppressed their communities since 1979."

"Under no circumstance should those seeking refugee status be repatriated to Iran, where they could be subjected to arrest and torture. We urge our allies to engage and offer safe harbor to these refugees," the lawmakers added.