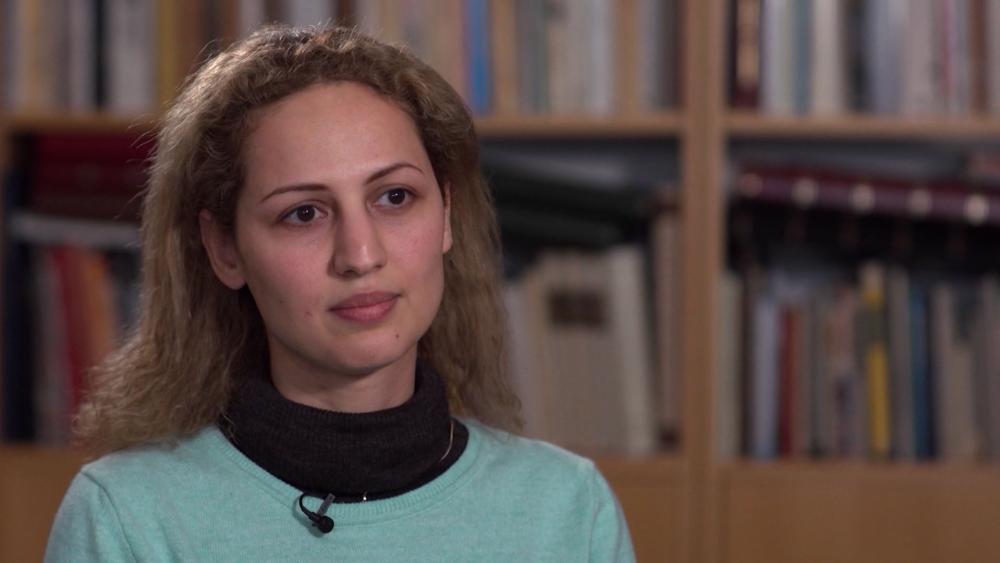 STOCKHOLM, Sweden  —  Aideen Strandsson is a woman without a country.  She may live in Sweden, but she is a stateless person, with no passport, no citizenship and no way to get a job. She lives every day with the knowledge she could be deported to her native Iran where, as a Christian, she would face grave danger.

The world was outraged when the Swedish government decided to send Strandsson, who is a Christian and former Muslim, back to Iran where she could face prison, rape and even death. But a worldwide outcry over her situation has apparently not changed anything.

"It was really like a miracle for me," Strandsson said, "When so many people in America called the Sweden embassy. Many people sent comments to me and said 'you are welcome to our country.'"

But Sweden's migration board told CBN News none of that matters. Aideen's case has been turned over to border police for deportation.

Now Strandsson waits in a kind of legal limbo.

SIGN THE PETITION: Stop Sweden from Sending Aideen Back to Iran

'Stuck' Between Citizenship and Deportation

"Aideen's situation is not at all uncommon in Sweden," says Swedish Attorney Gabriel Donner. "There are a fair amount of people who get stuck in between. So you have these curious cases where nothing is really dealt with and you cannot get ahead."

And he says by remaining in Sweden, Strandsson is running the risk of deportation.

Her Dream to Live Freely as a Christian

Aideen Strandsson came to Sweden from Iran in 2014 on a work visa and adopted a Swedish last name. She Left Islam and became a Christian in Iran after seeing a video of Muslims stoning a woman to death and then having a dream about Jesus.

Which means the Islamic government of Iran knows.  And because she starred in films and a TV series in Iran, it makes her an even bigger target if she is sent back.

What's Next: Possible Prison and Deportation to Iran

Swedish authorities would then contact the Islamic Republic of Iran and tell them Aideen is coming and when to expect her, even though Sweden's migration board says, on its own webpage, that it will never deport asylum seekers to nations where they face danger, and doing so is a violation of the Geneva convention on refugees.

Sweden's migration board says it cannot comment on her case.

Unable to Work: Swedish Government Tries to 'Starve' Her

Aideen spends her days helping at church or training in Tae Kwon Do. She has earned a black belt, but the migration board took her certificate because she is not a legal resident.

She landed a job with the technology giant Ericsson as a computer programmer, but the Swedish government wouldn't allow that either. Sweden ignored Ericsson's plea to let her work for them.

Donner says "the idea is to starve you so you tell them to send you out."

But she's staying in Sweden because her family is here and because she says Jesus told her to not be afraid.

Strandsson and other Christian asylum seekers in Sweden have faced deportation at the same time that the Swedish government has given 150 protected identities to former ISIS fighters who have returned to Sweden, so that they can find jobs.

"There have been fast lanes for Syrians and Somalians, but not for Iranians and definitely not for Christians," Donner says. "We have one judge here in Stockholm who has never said yes to any Christian."

If Strandsson is about to be deported, will she receive a warning letter first? "She doesn't necessarily get anything," Donner says.  "They can just turn up and can turn up any time."

Strandsson admits, "I don't know what will happen to me in the future, but I should say thank you for everything. I can never find the words to say thank you to CBN and to all the people who tried to help me."