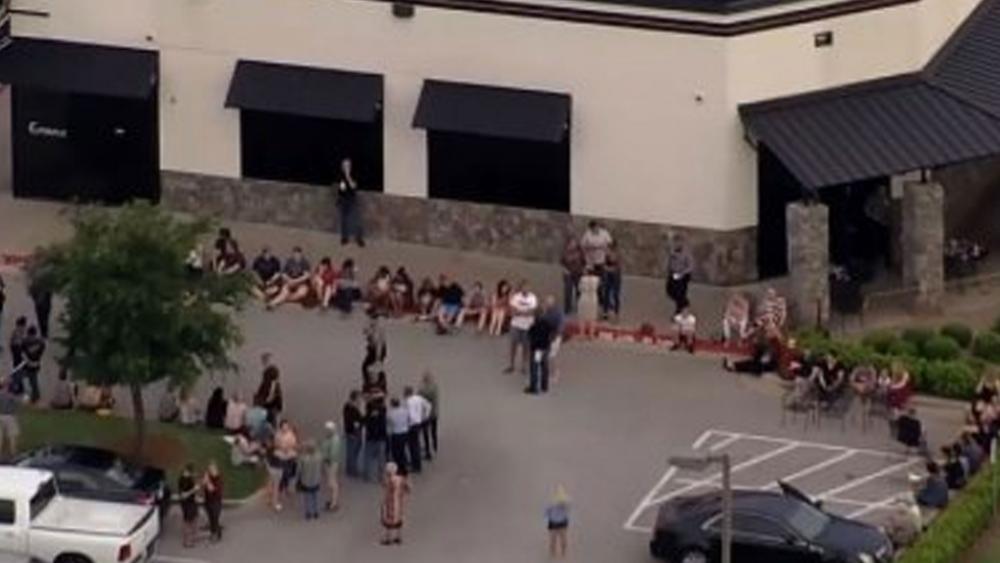 The National Rifle Association is praising an armed bystander who gunned down a shooter Thursday at an Oklahoma City restaurant.

A man walked into Louie's Grill & Bar and opened fire, striking two people, who are expected to survive.

As the gunman ran from the scene, the bystander, armed with a pistol, confronted and fatally shot him outside the restaurant, Oklahoma City police Capt. Bo Mathews told reporters.

"Right now, all I know is that it was just a good Samaritan that was there and looks like he took the right measures to be able to put an end to a terrible, terrible incident," Mathews said.

An NRA spokesperson told CBN News, "This is the second time in a few weeks where an armed person saved the lives of others. Remember the incident in Texas, where Dixon High School Resource Officer (Mark Dallas) stopped an alleged school shooter."

During an interview on NBC's "Today Show," Dallas said, "I'm dad to all these kids... these guys, especially the senior class."

"It happened extremely fast. All my thought is – oh my God, he's going to get somebody over there. I need to continue, continue. I was not going to let him get away," he said on the show.

The NRA also reminded its followers on social media of Gov. Mary Fallin's actions a few weeks ago.

Gov. Fallin vetoed a bill that would have made Oklahoma the 13th state to let residents carry guns without a permit.

✅ An #ArmedCitizen saved multiple lives last night in #OKC. We hope this serves as a wake-up call for @GovMaryFallin, who just two weeks ago vetoed a constitutional carry bill. Just another example of how the best way to stop a bad guy with a gun is a good guy with a gun. #2A pic.twitter.com/kPRjpiyeow

In explaining her veto, Fallin, a Republican, noted that the bill would have eliminated firearms training requirements and softened background check rules.

The NRA's website has an article displaying the results of the 2016 and 2017 FBI Active Shooter Incidents in the United States.

The article states, "Armed and unarmed citizens engaged the shooter in 10 incidents. They safely and successfully ended the shootings in eight of those incidents. Their selfless actions likely saved many lives. The enhanced threat posed by active shooters and the swiftness with which active shooter incidents unfold support the importance of preparation by law enforcement officers and citizens alike."