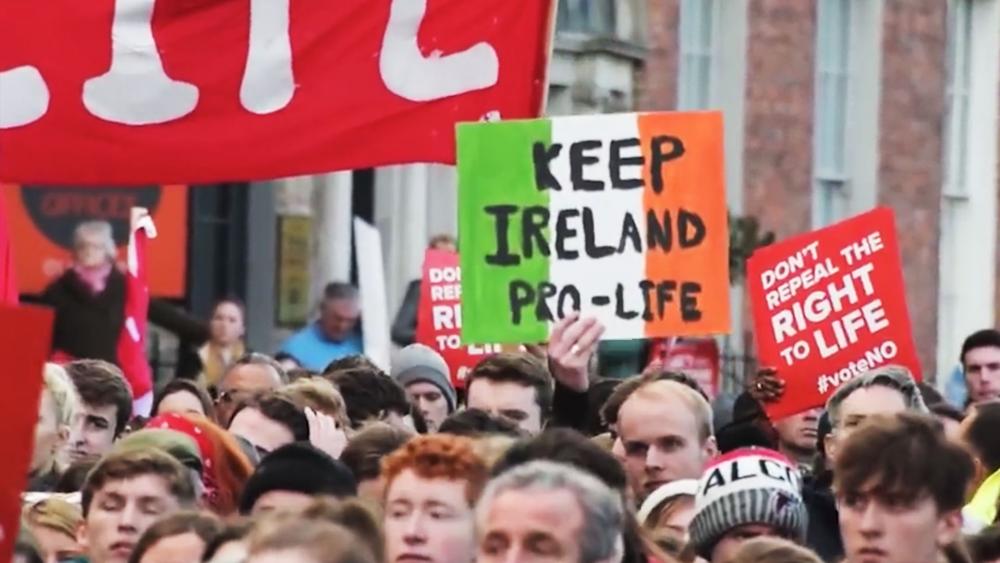 DUBLIN – Irish voters will decide this week whether to repeal the Eighth amendment to their constitution, which protects the right to life of both a mother and her unborn child. If it falls, as polling suggests it might, some fear it could open the way to abortion on demand.

Ireland added a pro-life amendment to its constitution in 1983, because it did not want the right to life in its constitution to be overturned by a court, like what happened in the United States' with the Roe vs Wade Supreme Court decision.

But Ireland has been undergoing sweeping social change. In 2015 Ireland became the first country to legalize gay marriage by popular vote. Its Taoiseach or Prime Minister is openly gay.  And Leo Varadkar backs repeal of the Eighth along with much of the Irish establishment and media.

Around the time that polling showed the race was tightening, Facebook and Google effectively sealed off the nation to any foreign advertising about the referendum on social media, in what looked to pro-lifers as a way to make sure the repeal or yes camp wins.

"Save the 8th" spokeswoman Naihm ui Bhriain told reporters, "It's very significant that 'Yes' campaigners rushed out today to welcome this censorship of the 'No' message because the 'Yes' side in this referendum doesn't need Google to campaign. Was it because the polls are tightening? Was it because it looks like this referendum, which is absolutely supported by the media establishment and the political establishment, is going to be rejected?"

Ui Bhriain described to CBN News an uphill battle against most of the nation's press and politicians.

"The bias is off the charts," she said. "They're saying to Irish women, 'You're not safe without abortion, your health is not safe, your lives might be in danger. Women need abortion in order to have full and safe lives, in order to be equal in society.' And when you look at the facts this is entirely untrue."

"Abortion is not predominantly a medical issue," says, pro-life Irish doctor, John Kehoe. While some doctors have announced publicly that they support repeal of the 8th amendment for the health and safety of women, Kehoe says women don't need a change in the law to be safer.

Is Abortion Ever Necessary?

The repeal or pro-choice side says it's absolutely about the health and safety of women, but whether an abortion is ever necessary to save a woman's life is in dispute, because if there is a serious complication, a doctor can attempt to deliver the baby early, alive.

Another issue is the Irish women who are already traveling to Britain for the procedure or who are taking the abortion pill illegally.

Leo Varadkar, Ireland's Prime Minister says, "I think the laws that we have in Ireland are far too restrictive. Nine, ten women every day travel to the United Kingdom to end their pregnancies and increasingly women are buying pills over the internet and taking them at home, so that is actually quite a dangerous situation and we believe that we should face up to the reality of abortion and provide for it in our own country but with the necessary restrictions."

"Women Are Safe in Ireland."

The other issue is whether abortion should be allowed for fetal abnormalities. The "Yes" camp says women suffer psychologically when they are forced to carrying a child with a fetal abnormality to term.