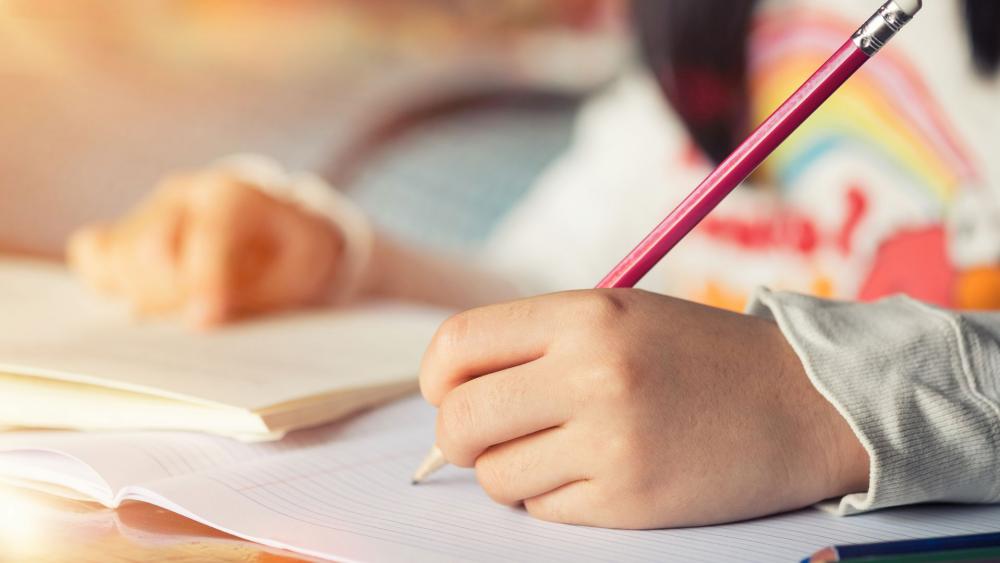 Students
A controversy is brewing in the UK after a video surfaced last month showing a group of young students at a primary school in England being asked to write a same-sex "love letter."
BBC's Radio Manchester posted a video detailing the LGBTQ lesson that was taught to children at Bewsey Lodge Primary School in Warrington, England.
In the video, teacher Sarah Hopson instructs the class to pretend to be a fictional fairytale character named "Prince Henry" and write a love letter to the prince's servant "Thomas," explaining why they should get married.
"They are going to go out into that world and find this diversity around them and they'll find that at a young age as well," Hopson told BBC. "And the more they can be accepting at this age, you are not going to face it further on because the children will be accepting now and will be accepting this diversity around them."
The lesson isn't the first of its kind. In fact, according to BBC, the school is known for being LGBTQ friendly – recently winning the pro-LGBT "Educate and Celebrate" Best Practice Gold Award, which is awarded to schools that tackle "homophobic, biphobic and transphobic bullying."
They also have a gender-neutral uniform policy.
The video got backlash on Facebook, many expressing anger, frustration and concern over forcing children to endorse LGTBQ relationships from an early age.
One commenter writes, "Making 6 year old children write gay love letters is wrong. You have clearly shown your teaching priorities, instead of teaching the essentials which as the word suggests is what will help them find their way in life, you are teaching them things which they should only learn much later when they can understand that these tendencies are not the norm and should not be encouraged, especially to 6 year olds!"
Another writes, "I'm not over 50 and I have a problem with not because it's about LGBT relationships but because I wasn't taught about marriage or relationships at school at all - that's something for home. I learned about relationships through the world. There are other subjects that should be addressed at school this is not one of them."
Another commenter agreed saying the lesson was wrong and "has nothing to do with tolerance and respect."
More outraged commenters called the practice, "satanic sexual propaganda to kids" and wrote, "Leave them alone and let them be children! This is nothing less than state-sponsored grooming. Utterly shocking."
In response, headteacher Emma Wright also took to the post, writing, "It is interesting to read how many people have sexualized the content of our curriculum."
She continued, "What we are trying to achieve is a culture of acceptance and respect — put simply, live and let live. We teach about love and that love comes in all shapes and sizes. What we are trying to achieve is that children leave us, armed with enough information to make their own informed choices, children who can look at another person's life/situation and say, 'This is different to my life or the way I feel or think but that's OK.'"
She adds, "We also teach about racism, extremism and religion and the same philosophy filters through it all. I would challenge anyone who doubts the power of what we are trying to do around lgbt+ to come and talk to some of our little people."