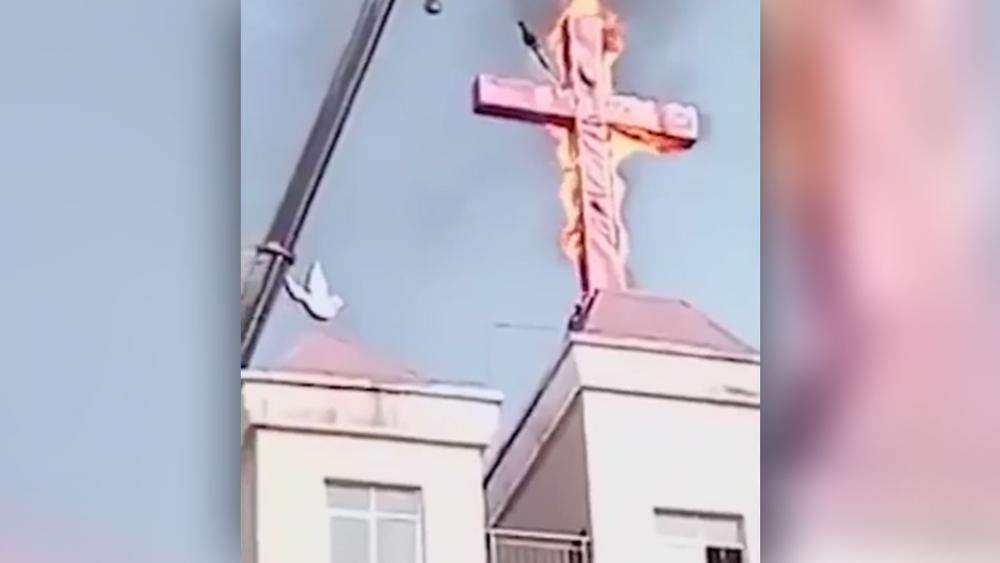 5834964159001
One Nation Under Xi? This is why Christian Persecution in China is Escalating

Watch Gary Lane's Where in the World interview with VOM Radio host Todd Nettleton to hear what Chinese Christians would like us to pray for them.

This summer, Christians in China are experiencing an escalating wave of persecution unseen since Mao's Cultural Revolution.

"We're seeing more persecution or a higher level of persecution," said The Voice of the Martyrs Radio host Todd Nettleton.

Nettleton said two recent developments this year that have contributed to the government's church crackdown.

"In February new regulations on religious affairs took effect all across China and so we are seeing those regulations now being put into effect and enforced. We're seeing how that is being translated from the national government down to the provincial level and then to the local level and how that is effecting churches," he explained.

Another significant development occurred in March when the Communist Party changed the law allowing the Xi Jinping to serve for an unlimited time in office.

"He can essentially serve as president for as long as he wants," said Nettleton. "One emphasis going back to his days as a provincial leader was on controlling religious expression and controlling the church. So, we're seeing what he put into effect as a provincial leader. Now that he is president of the entire country, that same emphasis is spreading from the national government level down to every part of China."

In recent months, Xi has instituted a brutal crackdown. Officials have demolished or closed churches, bibles have been burned, pastors arrested, and crosses are still being removed from atop church buildings.

Chinese Christians report authorities have urged church leaders to remove pictures of Jesus from their sanctuaries and replace them with patriotic posters, or posters of President Xi instead. They've suggested hymns be replaced with patriotic songs about the "wonderfulness of the Chinese Communist Party."

"One pastor in Beijing not long ago was told by the government, 'pastor we don't mind if you continue holding your services, we just want to put this camera on your platform looking out at the audience and it's attached to facial recognition software so that we can tell who comes to church on Sunday and who's there and what they are doing and how involved they are,'" he said.

Earlier this month after the pastor refused to comply, Public Security Bureau (PSB) officers interrupted the church service and shut the doors to the church building.