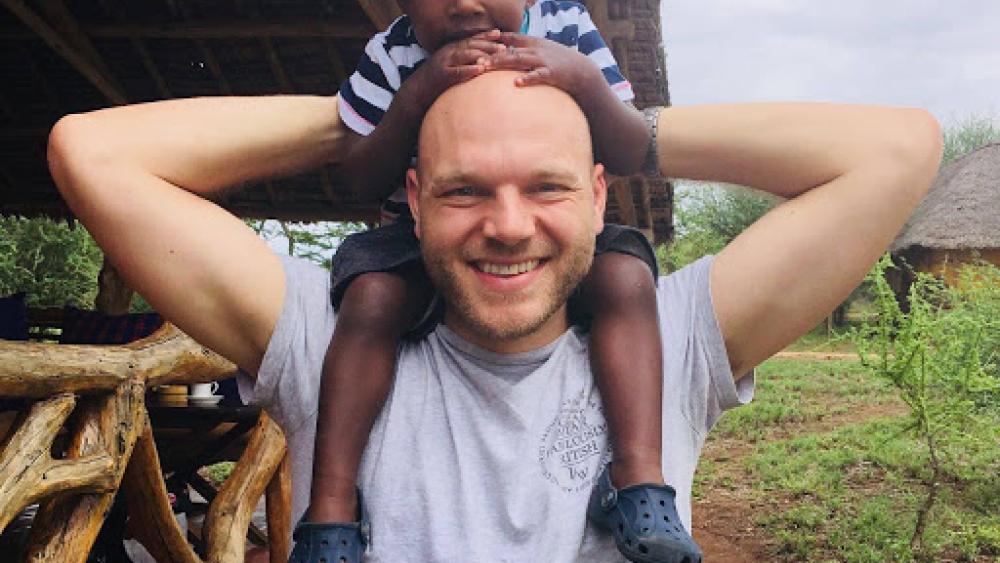 Kiano with his father, Matt, on safari
6029239605001
Parents Pray for Kenyan Court to Order Reunion with Their 'Stolen' Son

On a night not unlike most others, Matt and Daisy Mazzoncini were winding down in the comfort of their home with their three-year-old, Kiano.

Their peaceful evening on April 5, 2019 was abruptly interrupted when a group of about a dozen people bombarded their apartment in Nairobi, Kenya and took the child.

"Out of nowhere, these people came to our house. It was like 13 people," Daisy recounts in a YouTube video titled "Bring Kiano Home."

The "abduction" – as the Mazzoncinis now refer to it – happened a few weeks before Easter. Up to that point, they had been looking forward to celebrating the holiday with Kiano, a child whose story could easily be described as a miracle itself – much like the one they were about to commemorate as Christians.

Three weeks later, with the whereabouts and the safety of their son still unknown, they are left as confused and brokenhearted as Jesus's disciples immediately following the crucifixion.

In January 2016, the day after the start of the New Year, a gardener discovered a plastic bag at a prayer center in Kiambu, near the capital of Nairobi.

Inside were twin baby boys, abandoned and in critical need of medical care. Rushed to the hospital, the medical staff named the boys James and John. Only one survived and would be placed in a shelter for infants.

That summer, Daisy landed in Kenya for what was intended to be a summer visit with family friends and volunteer work that eventually led her to a shelter. That's where she met a six-month-old baby named John, whose health was severely in decline.

Matt and Daisy prayed for the boy and paid for his nearly two week hospital stay – with one full week in ICU to treat problems with his breathing, pneumonia, and malnutrition.

The couple continued funding his health care needs and eventually applied for and were granted legal guardianship of baby John by the Nairobi Children's Court in April 2017. After seven years of marriage, Matt and Daisy were grateful that their family was finally growing – though thousands of miles from their home in the US.

"We always knew we wanted to be parents," Daisy told CBN News in a phone interview. "We struggled with infertility, which was really a hard season. And through that God opened our heart to adoption."

They legally added "Kiano" to baby John's name, which – in his native Kenya – means "full of joy."

"We, obviously, love Kiano like he is a birth child. He's the child that God gave us and that we love so much," she added.

Though joyful, Kiano still suffered from a complex medical history with epileptic seizures. At one point in 2018, doctors placed him into a medically induced coma after a continuous six hour seizing episode.

At the advice of several Kenyan doctors and a letter from a specialist in Tennessee who reviewed Kiano’s case, Matt and Daisy petitioned to travel abroad to seek urgent medical care for their son or possibly risk long-term damage or developmental delay.

According to the daily Star newspaper in Nairobi, that request "triggered an avalanche of harassment," including accusations of abuse, fabricated medical reports, and child trafficking alleged by the Child Welfare Society of Kenya. The couple, Matt an American and Daisy a dual American and English citizen, believe the group has injected these claims to paint them as unfit foreign parents.

The Child Welfare Society describes itself as a state corporation for the "care, protection, welfare and adoption of children" on its website. It has requested to be part of the family's legal proceedings as an "interested party."

The group's critics claim the agency's mission is entirely different.

"It is a big cartel that needs to be looked into," Peter Kamau, founder of Child in Family Focus - Kenya, said in the "Bring Kiano Home" video.

"Baby Kiano, unfortunately, is a victim of something that is not about the interest of children," he explained. "It is about money. It's about power, and it's about elevating Child Welfare Society of Kenya . . . so that they get the monopoly."

A response to CBN's questions about the organization's involvement in this case were not answered at the time of publication.

Bringing the Story to Light

Nearly three weeks after Kiano was taken, Matt and Daisy still have many questions.

"I don't understand why they accused us of all these things?" Daisy asked. "Yet no one's come to investigate us. No one's arrested us?"

But they think they've formed a framework that may explain their situation.

They think their story is not uncommon.

"We believe there are other people out there that have experienced this same sort of intimidation and harassment and extortion," Matt is featured saying in the video. "We've had people reach out to us anonymously and say this happened to me and they're totally afraid to talk about it. So to those people I would say have courage."

"We're speaking out, and we want everyone that has ever experienced anything like this to speak out, because if we bring this issue into the light, it's something that we know will be addressed. But the first step is that we all tell our stories and that we show that this is real, and it's really happening and it's hurting kids."

The couple has a court date Wednesday, April 24, when they expect a judge to issue an order for the child to appear in court. Meanwhile, they have been trying to stay positive.

"We're hoping that he'll be returned to us on Wednesday, but if not, then the order would be for [Kiano] to be produced on Thursday," Daisy told CBN News. "As a parent, it's sickening that it's taken this long."

The family's story is gaining traction and support.

The Star article includes a brief 2-minute video with background information and concludes with Matt and Daisy making an emotional appeal for their son and his wellbeing. They are concerned about what happens if Kiano doesn't receive the medication to treat his seizures.

"He must be so frightened, and we don't even know if he's had his medication. Please let him come home," she sobbed.

The heartbreaking appeal has touched a nerve with Christians who have rallied in support of the family. LightWorkers published a story urging people to pray.

The Mazzoncini's plight has even attracted help from a few big name celebrities.

British singer Natasha Bedingfield pleaded for her Twitter followers to pray for Daisy, whom she has known since childhood.

"My close friend's baby has just been kidnapped! Please pray," she wrote on Twitter.

My friend's kid has been kidnapped - please read and share https://t.co/VoJfmJOl1z

My best friend's child was abducted in Kenya. Friends please share and  retweet to help #BringKianoHome. @BBCNews will you look into this? @StateHouseKenya can you help https://t.co/UOCU9gaNn1

His parents appreciate the support and ask people to keep praying for their family to be reunited.

"The thing that we pray every night is, first, that Kiano would feel safe somehow," Matt told CBN News. "Being taken away from his parents is traumatic."

"So we pray that God would protect his mind and protect his heart . . . and get him the medical treatment that he needs — and be restored as a family," he continued.

The LightWorkers article said the American Embassy was able to deliver Kiano's anti-epilepsy medication to Kenyan officials as they care for the child.

Still his parents remain hopeful for yet another miracle with a positive Kenyan solution.

"We love Kenya. I've always had a heart for Africa," Daisy explained to CBN News. "It's a beautiful country. The people are hospitable and kind and family-oriented."

"And, obviously, our son is Kenyan. We fell in love with our Kenyan boy," she said. 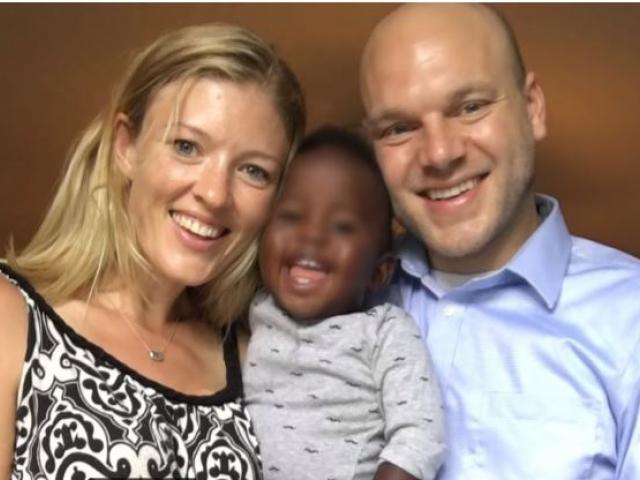 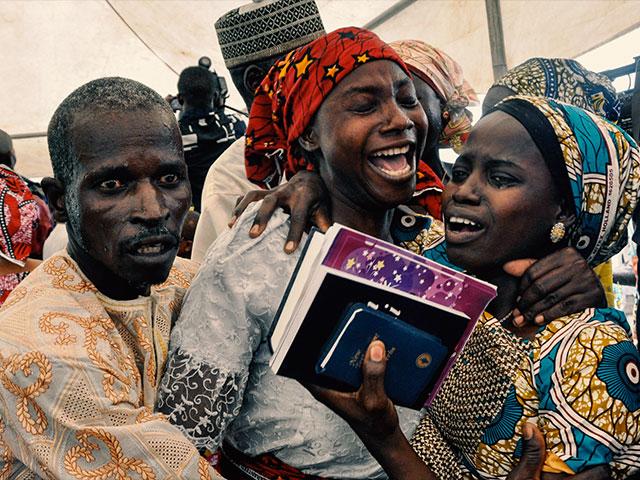