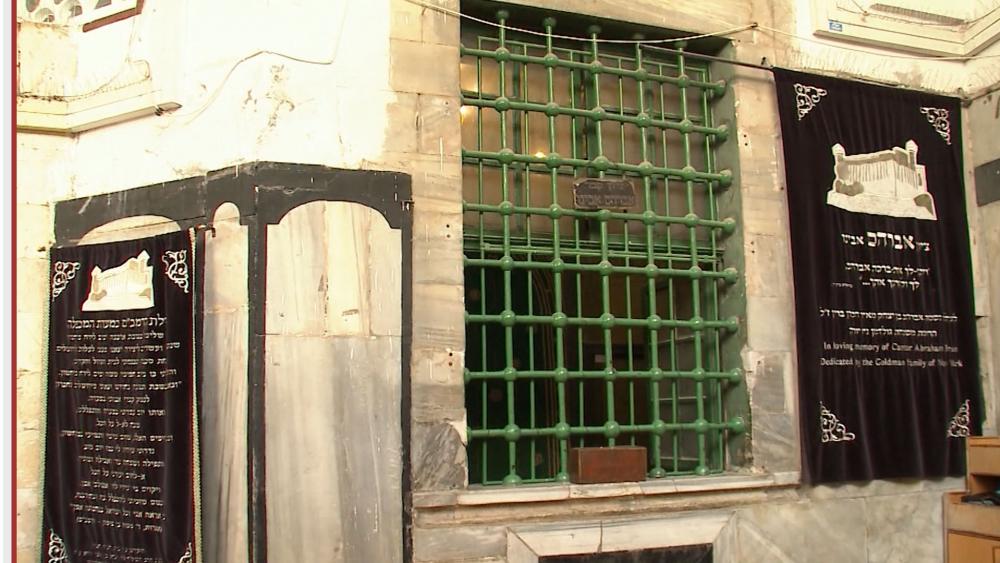 HEBRON – The city of Hebron was one of the largest cities in biblical times, and today is considered one of the Jewish people's four holy cities. While it's a divided city under Israeli and Palestinian Authority rule, you might be surprised to know Jews and Muslims manage to share a holy site here.

According to the Bible, Hebron is the place where Abraham buried his wife, Sarah. Later, Abraham, his son Isaac, and grandson Jacob, and their wives were all buried here in a place now known as the Cave of the Patriarchs.

Jews lived in the city until they were driven out in the 1929 riots. They returned after Israel regained control in 1967 during the Six-Day War.

Revered by Jews, Christians, and Muslims as a Holy City, Hebron was the first capital of King David. Recently, however, the United Nations deemed it as a Muslim holy site in danger.

Noam Arnon, Spokesman for the Jewish Community in Hebron, told CBN News that in Hebron, everything you find fits all the biblical sources. "When you read Genesis 23 about Abraham, how he purchased a whole field around, and the trees – the cave is there," he said, pointing to a building now covering the cave.

"It's located right beneath the rocks there, which are the end of the field. And the cave itself was dated to the Middle Bronze Age, which is equal to the forefathers' era," he said.

Arnon took CBN's Scott Ross into the massive structure, and showed him what is called the "Gate of Heaven." Beneath the large memorial are caves where three couples are buried: Abraham and Sarah, Isaac and Rebecca, and Jacob and Leah.

Arnon is one of the men who was able to enter the caves beneath, one night decades ago.

"It was in the middle of the night, one of the last nights of the Jewish calendar," he explained. "And there are special prayers and people come here and blow the Shofar and sing many songs. So there was a lot of noise. And we were covered by that noise. We got the tools to open the Gates of Heaven, like hammers and chisels," he went on.

No one is allowed in the cave anymore. But when Arnon and his companions crawled through a tunnel, took some stones from the floor, and discovered two caves beneath.

"I found myself crawling amongst human bones," Arnon said.

A Unique Arrangement that Helps Keep the Peace

Nearby is the main synagogue where Jews can pray. Today the building is divided between a synagogue and a mosque. The Muslim religious authorities control the religious aspects of the entire place, while Israel maintains the security. It's a unique arrangement that helps keep the peace.

Arnon says the arrangement is not ideal – he'd rather everyone have complete access all the time.

But since it's working well the way it is, the government has no plans to change things at the Cave of the Patriarchs in Hebron.