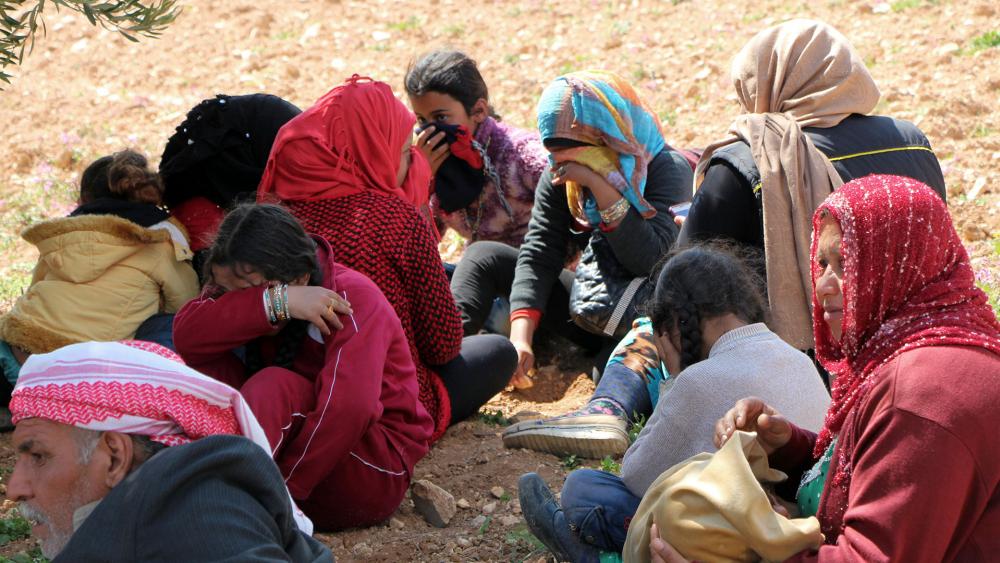 Refugees in the Middle East are being told to go home now that the fighting has died down in many previously war-torn cities. But these refugees are finding they can't go home … even if they try.

After months in a refugee camp, a woman I'll call Hana for her safety was one of those who decided to try.

Home was all she thought about as she wiped dust off her children's faces, cooked whatever food she could find, and cleaned their little spot of ground in the refugee camp.

The day that the bombs fell on her city, she had found her children, grabbed what she could, and had run. It was the smart move, the only way to ensure survival. But now that the dust had settled, Hana wanted her life back.

She had no idea what had happened to her husband, no idea if her little home was even still standing. But she had to try.

Her story is far too common.

I can't even count the number of times I've heard people ask, "Well, why can't they just go home now?" And it's a valid question. Many governments are asking the same thing and turning refugees away from their borders. But it's not that refugees don't want to go home.

The last thing they want to do is spend the rest of their lives living in a camp. These men and women want to find jobs, they want to own houses, and they want their children to go to school. Mostly, they just want the life they had before the bombs fell or the militants attacked.

Here are just a few of the reasons people like Hana are still refugees:

Booby traps and hidden explosives were some of ISIS' signature terrorist moves. They wanted to ensure that no matter what happened, people were hurt.

According to the United Nations Mine Action Service (UNMAS), 70 percent of mines in Iraq remain uncleared. Hidden beneath rubble in cities and villages, the explosives are a danger to anyone who comes too close.

UNMAS calls Iraq one of the most "contaminated countries in the world," and they are taking steps to clean up the cities as quickly as they can. Despite their best efforts, though, the work is slow. In the meantime, they are advocating for risk education — teaching families who do return home how to look out for danger.

But the potential explosions are enough to keep most refugees like Hana and her family away.

In comparison, the camps are relatively safe. Although necessities like food and medical care are scarce, parents at least don't have to worry about their children accidentally triggering a bomb while they play.

Women and children are easy targets

When Hana tried to go home, she was stopped by a military checkpoint, which is not unusual in cities still considered dangerous. But a woman traveling alone in the Middle East is not safe, especially in times of violence and war.

She asked if she and her children could enter the city. Laughing, the soldiers at the checkpoint began to harass and abuse Hana. They refused to let her pass, and one of the men said the only way she could enter was if she married him.

Her heart shattered as the men continued to hassle her. She was so close! But she had to think about her children. Her desire to keep them safe was greater than her desire for home. Grabbing their hands, she once again retraced the steps she'd made months before, this time realizing she no longer had a home.

In times of political upheaval, women and children are particularly vulnerable. Alone in the world, they face all kinds of violence and danger. While the camps aren't always protected, women can at least find others who will look out for them.

The number of orphans has skyrocketed

It is being called "the lost generation."

Hana's children are fortunate enough to at least still have one parent, but many kids don't. Any time war or violence strikes a country, thousands of children are left without parents. Either abandoned or orphaned, these children are left to fend for themselves.

According to UNICEF, the number of children who have lost one or both parents in Iraq has risen to nearly 1 million.

In places like Syria — where a civil war has been raging for more than eight years — many of these orphaned children are too young to remember a time without violence and fear. They have not had a stable home or a consistent education, and they have no idea how to build a life.

In the camps, they are at least surrounded by other adults. If they went home, it would be even harder to survive all alone.

Now that refugees have fallen out of the news, it can be easy to forget that there are still families around the world who need help.

As you are reading this, violence and political upheaval are making countless more people into refugees in places like Venezuela and South Sudan. But even in areas where the situation has somewhat improved, going back to "normal life" isn't always possible — or at least it won't be for quite some time.

People like Hana are stuck in limbo, crammed into camps where poverty and sickness are everyday enemies. Bombs might not be falling from the sky, but most refugees are still fighting for their lives.

While we can't send these refugees home or restore everything they have lost, we can help them survive the uncertainty that lies before them. Our organization, World Help, is working to deliver food, clothing, medical care, and more to refugees in need. Any many other organizations are as well. But the need is still great, which is why none of us can afford to ignore this problem.

Refugees can't go home, and people like Hana can't start from scratch without your help.

Emily Towns writes for World Help, a Christian humanitarian organization serving the physical and spiritual needs of people in impoverished communities around the world. To learn more about World Help's work with refugees and how you can get involved -- click here.