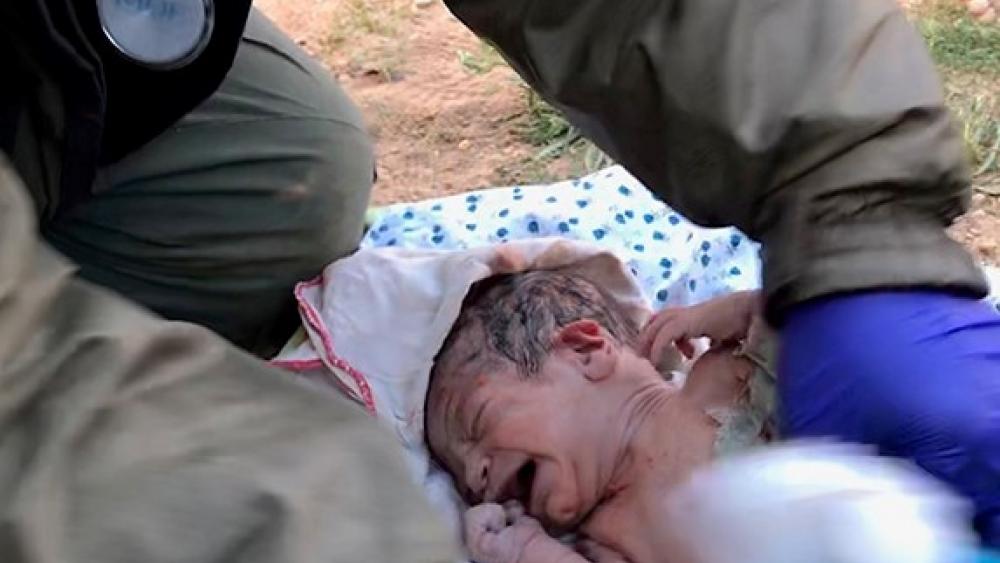 Syrian families are fleeing in a mass exodus from the last strip of land under ISIS control.

The Islamic State of Iraq and Syria committed atrocities for more than four years. Today, US-backed Syrian Democratic Forces (SDF) have cornered the terror group in the village of Baghouz near the Iraqi border.

Over the last three weeks, 12,000 people, many of them ISIS families, have streamed out of the village and taken the dangerous trek to overcrowded refugee camps miles away. Kurdish soldiers from the SDF send cattle trucks to Baghouz and bring the refugees to a collection point. There, the SDF screens the families and imprisons former ISIS fighters. The rest are sent hours away to the Al-Hol displacement camp.

The International Rescue Committee on Friday said 69 people, mostly children, have died on the way to Al-Hol in recent weeks.

Despite the constant reality of death, new life is springing out of the desert and Christians are helping make that happen.

Former US Army Special Forces officer David Eubank founded the Free Burma Rangers with the mission of bringing medical care, aid, and the gospel to the world's most dangerous places. This team of Christians is quite literally standing in the gap between the frontlines and the nearest refugee camp, helping the Syrian families in every way they can.

Over the weekend, Eubank and his team delivered several babies on the side of the road at a SDF collection point.

"We are giving medical care, blankets, food, and water at a collection site where over 3,000 are waiting today," Eubank said in a statement Saturday. "Yesterday our medics helped deliver two babies and assisted in two more deliveries. We feel Jesus has us here to share His love and need prayer to do that better."

Many of the Syrians encountering Eubank's team have very serious injuries.

Many ISIS families are happy to leave behind the remaining sliver of the caliphate.

"It was difficult to get out. We were starving, there was bombing, it was cold. The kids were sick," one refugee woman told SkyNews. "I feel so much regret, they killed my husband because he wanted to leave. We wanted to leave for a long time."

Meanwhile, others promise the return of the terror group.

"The brothers are lions. They will fight on," another refugee told The Telegraph. "The Islamic State remains. We are weak now but we will come back again."

"We stayed in the Islamic State because we want heaven. And we buy heaven with our souls and our children's souls," she said. "God didn't create us for this life, he created us for the next life."
According to the Syrian Observatory for Human Rights around 46,000 people have fled Baghouz since early December.

The flood of people is putting a strain on the SDF officials responsible for sorting and processing every person.

"There is a lot of pressure on us, especially in Al Hol, where in addition to the relatives of ISIS fighters you have a large displaced population," Kurdish foreign affairs official Abdel Karim Omar told AFP. "This sudden influx presents huge challenges to the response - additional tents, non-food items, water and sanitation and health supplies are urgently needed."

David Eubank and the Free Burma Rangers will stay until the mission is completed.

"We will remain here in the desert until we are sure none are left and then send all remaining supplies to the refugee camps they are being moved to," Eubank said. 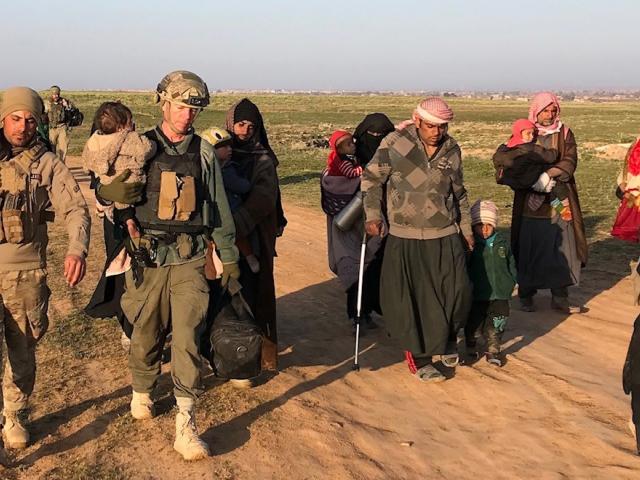 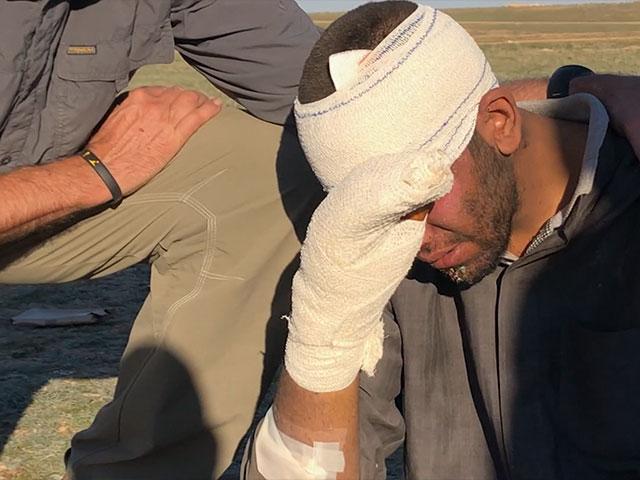