'I Know that God Is with Us': Despite Border Bloodshed, Desperate Venezuelans Say US Gov't Gives Them Hope 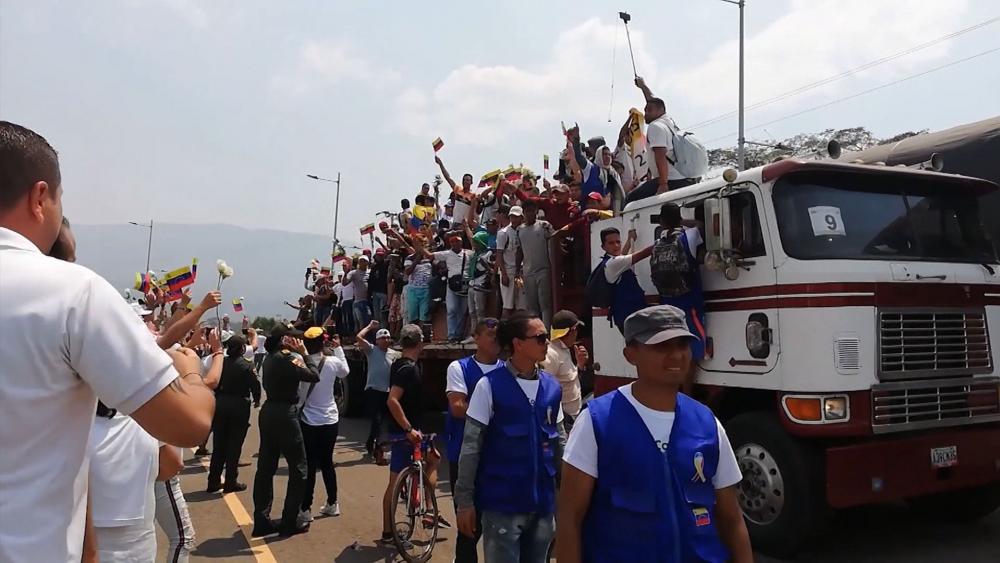 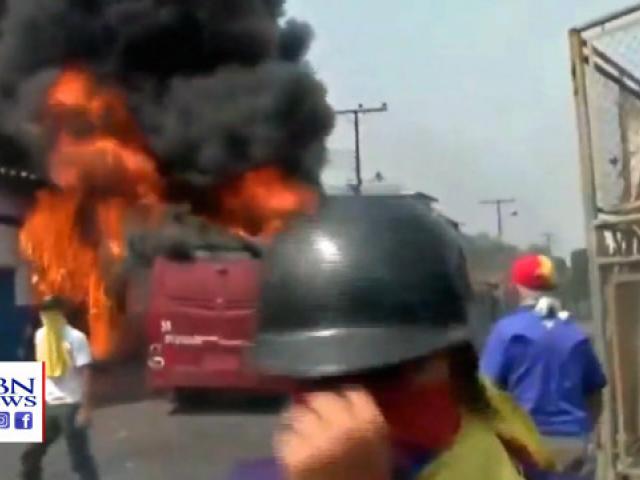 'I Know that God Is with Us': Despite Border Bloodshed, Desperate Venezuelans Say US Gov't Gives Them Hope

The border violence began Friday when Venezuelan troops opened fire on unarmed protesters as they tried to bring truckloads of aid across the border from Brazil, killing two and wounding 12 more.

There was also pandemonium on the Colombian border. National Guard troops loyal to Maduro blocked bridges to stop the aid, which Maduro claims is part of a US-led coup against him.

Lester Toledo, a representative of Guaidó's party, led the effort to get aid across the border. Days earlier, he talked of success: "On 23 of February, in this bridge, you are going to be a witness to a humanitarian tsunami that will be around here, and we are coming into Venezuela with this humanitarian aid."

But things didn't go as planned. Saturday, thousands of desperate Venezuelans led by Guaidó himself tried to rush the blockades and deliver 235 tons of American aid to their countrymen.

As hopes for change went up in smoke, protesters expressed frustration with the Venezuelan troops standing against them. "We beg the National Guard to put themselves on the side of Venezuelans... to think of your children, think of your families!" one Venezuelan woman said.

Here on the Colombian side of the border, there's an incredible marketplace and lots of fruits and vegetables and everything for sale. In Venezuela, what we're being told is that there's absolutely nothing.  So the question is, when is the military going to relent and stop supporting Maduro because he won't allow any of these products to come into Venezuela? CBN News spoke with the wife of a military officer who said off camera that Venezuelan military officers really don't support Maduro. The question is, who is going to be the first guy to stand up to a dictator?

Other Venezuelans told us that even though the aid hasn't made it through yet, they are grateful for the US support. "I know that God is with us, all the time, and we are...we have to tell you thank you. Thank you to the American people because we need you," one woman said.

"We said every option's on the table. We're going to do the things that need to be done to make sure that the Venezuelan people's voice, that democracy reigns and that there's a brighter future for people in Venezuela," Pompeo said.

Florida Sen. Marco Rubio sent his own message Sunday tweeting a picture of former Panamanian dictator Manuel Noriega before and after he was overthrown by US forces. Rubio did not include any text with the picture, but some see it as a not-so-subtle message to Maduro about his fate if he doesn't step down.