No Nuclear Deal for Trump and Kim: 'Sometimes You Have to Walk' 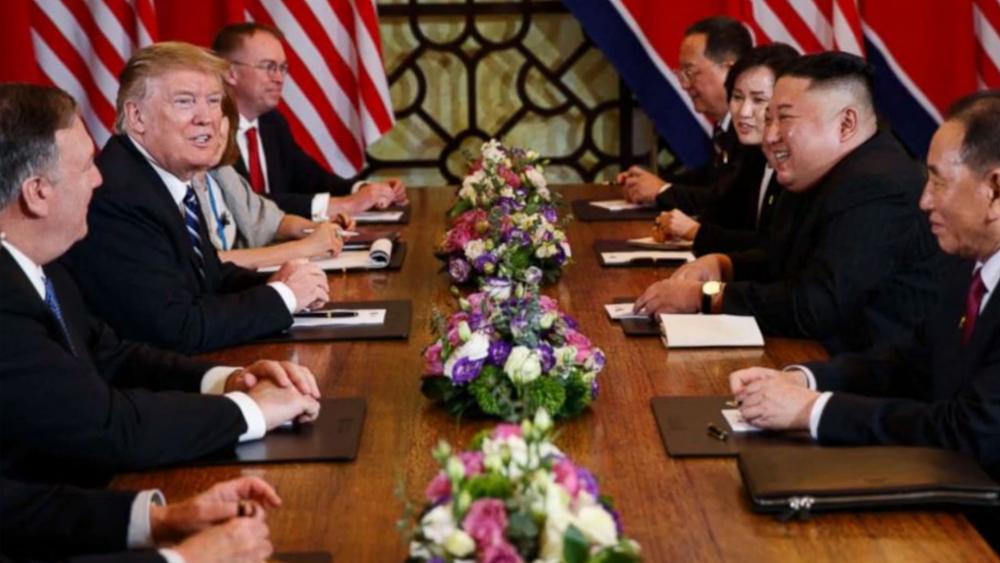 WASHINGTON – President Donald Trump has decided to walk away from his summit with North Korea's Kim Jong Un in Hanoi, Vietnam after the dictator refused to give up his regime's nuclear weapons.

The breaking point came when Kim demanded the US lift all economic sanctions but stopped short of promising to get rid of all his nukes.

The Vietnam summit was the second meeting for the two leaders who appeared to be on the cusp of a deal over denuclearization, but plans fell through at the last minute.

"Sometimes you have to walk and this was just one of those times," Trump told reporters at a solo news conference after the negotiations wrapped. "It was about the sanctions. Basically, they wanted sanctions lifted in their entirety and we couldn't do that."

Trump hoped Kim would commit to scrapping his entire nuclear program and weapons, and leading up to the negotiations that seemed possible. In a rare scene, Kim interacted with American reporters who shouted questions at him and Trump. Kim was asked if he was ready to denuclearize and through a translator said, "If I'm not willing to do that, I wouldn't be here."

Trump liked his answer. "That was a good answer," he said. "That might be the best answer you ever had."

In the end though, the North Koreans wanted too much for too little – the lifting of all sanctions but no commitment to getting rid of all their nukes.

Still, even without a deal, the summit appears to have ended on a positive note.

Coming into this summit, the president stressed it's important to take time and get the right deal. There are no immediate plans for a third summit between the two countries but Trump said he hopes the negotiating teams will meet again soon.