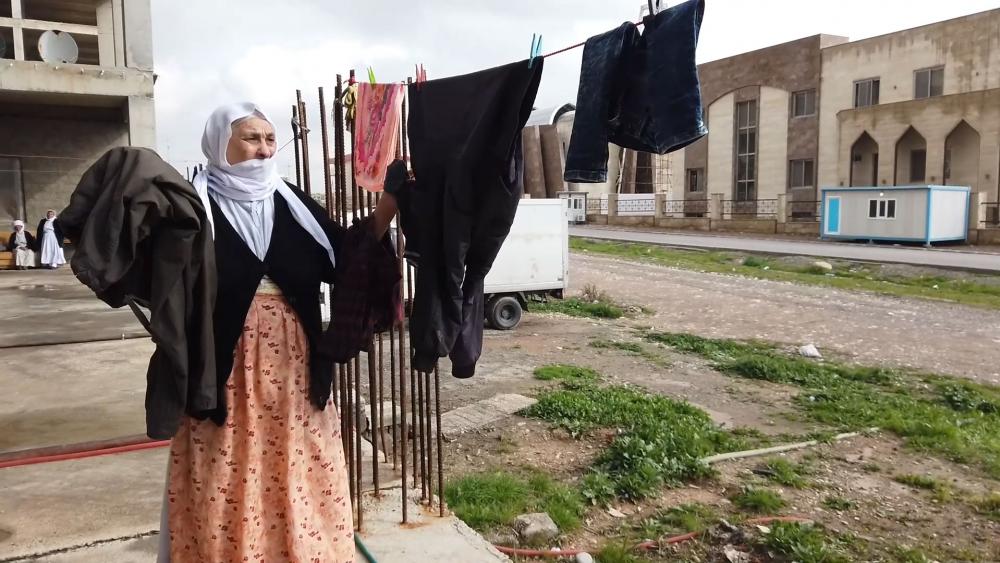 ISIS survivors are still struggling with life in the aftermath (Photo: CBN News)

NORTHERN IRAQ – The devastation unleashed by ISIS in Iraq is still on display every day, long after the Islamic jihadists were driven out. And families who fled for their lives are still just clinging to life in the aftermath.

On the outskirts of Erbil, the capital city of Kurdistan, sits a large, abandoned building. Construction was never finished, but there is a concrete shell, and for the last four years, 14 Yazidi families have called this building home.

The families fled the city of Sinjar in the western part of Iraq when ISIS attacked Sinjar and left it in ruins.

They've been basically camping in the building in makeshift shacks and shanties they've created. There is no electricity or water. They collect rain water off the roof.

Several babies have been born among the families camped here, and the mothers struggle to keep them warm during the cold nights. They have some propane heaters that would help, but they ran out of propane and the money to buy it long ago.

The families want to go back to their hometown of Sinjar, but it's too dangerous to return. The city remains in rubble, there are no services there. There are also IEDs and other explosive devices have not yet been cleared.

As President Trump pulls US troops from neighboring Syria and decides whether or not to keep troops in Iraq, he tweeted on Friday: "We will soon have destroyed 100% of the Caliphate, but will be watching them closely. It is now time to start coming home and, after many years, spending our money wisely."

Meanwhile, these Yazidis continue to eke out an existence for themselves as best they can, waiting for something to change for the better in this war-torn corner of Iraq.

It's just one small glimpse of what life is like now for the many people who barely survived the horrors of the so-called Islamic caliphate in Iraq.