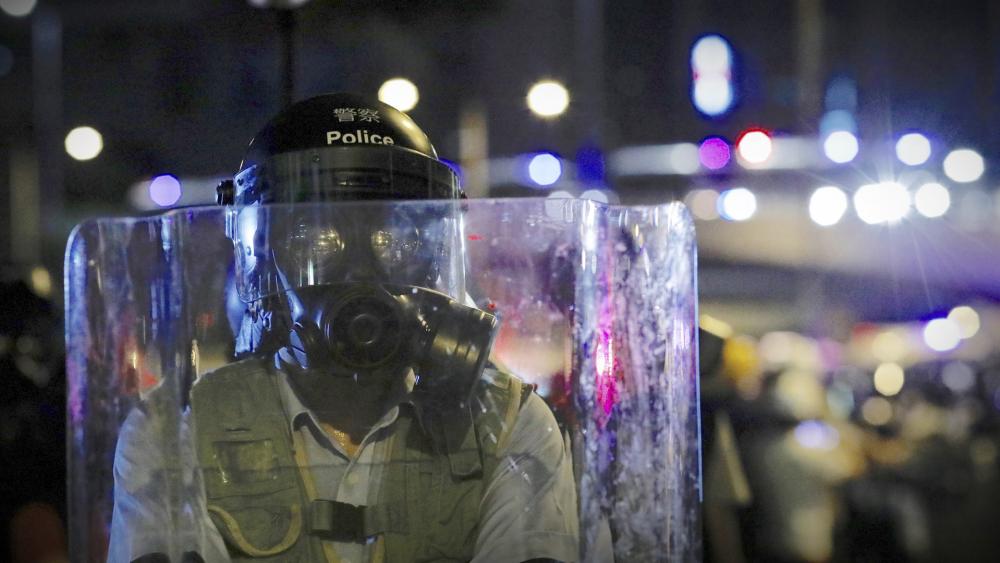 HONG KONG (AP) — Police in Hong Kong said they have arrested 12 people who were involved in a pro-democracy protest that took place Monday morning ahead of the storming of the city’s legislative building later in the day.

Eleven men and one woman were arrested. The brief statement did not describe the offensive weapons or provide further details.

Pro-democracy protesters rushed police barricades around the time of a morning flag-raising ceremony marking the 22nd anniversary of the return of Hong Kong, a former British colony, to China on July 1, 1997. Police used shields, batons and pepper spray to drive them back.

That afternoon, protesters began what became an hours-long effort to break into the locked legislature building by smashing thick glass walls and prying open metal security curtains. A few hundred poured in around 9 p.m. and spray-painted slogans on the walls and caused extensive damage.

On Wednesday, workers boarded up shattered windows and police carted away evidence during the start of what will be a massive cleanup and criminal investigation.

The government showed journalists the extent of the damage on a tour of the first two floors of the building.

At almost every turn, slogans had been spray-painted on the walls in Chinese and English. “Destroy the Chinese Communist Party,” read one. “Hong Kong is not China” said another.

Protesters are demanding an independent investigation into the crackdown, which was harsher than usual for Hong Kong. Police have said it was justified after some protesters turned violent.

The legislative proposal would have allowed criminal suspects to be extradited to mainland China to face trial. Opponents saw it as an erosion of the rights guaranteed to Hong Kong for 50 years after the return of the former British colony to China in 1997, and part of a broader attempt by China to clamp down on dissent in the semi-autonomous territory.

Hundreds of thousands marched in the largest protests in recent memory. Smaller protests blocked the legislature and major streets. The government eventually gave in, suspending debate on the bill, but protesters still want the legislation formally withdrawn and the resignation of Hong Kong leader Carrie Lam.

In Beijing, the Chinese government lashed back at remarks by British Foreign Secretary Jeremy Hunt on the causes of the anti-government protests in Hong Kong.

Foreign ministry spokesman Geng Shuang said Hunt appeared to be “basking in the faded glory of British colonialism and obsessed with lecturing others.”

Hunt had said that Hong Kong authorities should not use an outbreak of vandalism in the legislative chambers by protesters Monday night as a “pretext for repression.” He said the authorities need to “understand the root causes of what happened, which is a deep-seated concern by people in Hong Kong that their basic freedoms are under attack.”

Protesters broke into the legislature’s building, spray-painting slogans on the walls, knocking over filing cabinets and strewing papers and smashing portraits of legislative leaders.

Under a 1984 agreement between Britain and China, Hong Kong is to retain its Western-style economic, legal and political system for 50 years. But Geng said Britain has no authority to discuss matters in the territory. China considers such criticism to be interference in its internal affairs.

Geng noted that Britain restricted Hong Kong’s democracy during the colonial era. Hong Kong was under British rule for 155 years, during which it was run by a series of governors appointed by the British crown.

The protesters in Hong Kong are demanding direct election of the city’s leader.

“The U.K. considers itself as a guardian which is nothing but a delusion,” Geng said. “It is just shameless to say that Hong Kong’s freedoms are negotiated for them by the British side.”

China’s central government has voiced strong support for Lam and the city’s police in dealing with the recent protests.

Papers, rubbish and umbrellas — a protest symbol in Hong Kong used to ward off sun, rain and pepper spray — were strewn in lobbies and rooms. Parts of wooden picture frames were all that remained of portraits of legislative leaders that hung on the wall.

In scenes that shocked people in Hong Kong and around the world, the protesters vented their anger and frustration in the legislature Monday at a government that hasn’t responded to their demands. Once inside, they stood on the desks in the main chamber and climbed high to cover the city’s official emblem with black spray paint.

The actions overshadowed a peaceful march by hundreds of thousands of pro-democracy protesters elsewhere in the city.

No arrests have been announced for the storming of the legislature. Steve Vickers, a former head of criminal intelligence for the Royal Hong Kong Police, predicted a severe government crackdown that will result in long jail terms.

“I am personally sympathetic to the great majority of the Hong Kong demonstrators and their motivation, but the hardcore elements and agitators involved are becoming increasingly desperate,” said Vickers, who heads Steve Vickers and Associates, a political and corporate risk consultancy. “Their actions are counterproductive to many Hong Kong peoples’ genuine democratic aspirations.”

They said five men and one woman were arrested for various incidents during a public meeting on Sunday, when supporters of police staged a large rally. Some clashed with anti-government protesters and members of the news media.

They were charged with possession of offensive weapons, assault causing bodily harm, common assault and fighting in a public place.

Also Wednesday, police said eight people had been arrested for posting personal data about police officers on the internet as massive protests against the government and police were held in recent weeks.

Officers and their family members have been threatened since their addresses and official ID card numbers were published, Superintendent Mohammed Swalikh of the Cyber Security bureau said.

He did not say whether police believe the disclosures were related to the protests. Six men and two women were arrested.

Protests against a legislative proposal expanded to target the police as well after officers used tear gas and rubber bullets to disperse crowds blocking major city streets on June 12. Dozens were injured in the clashes, both protesters and police. 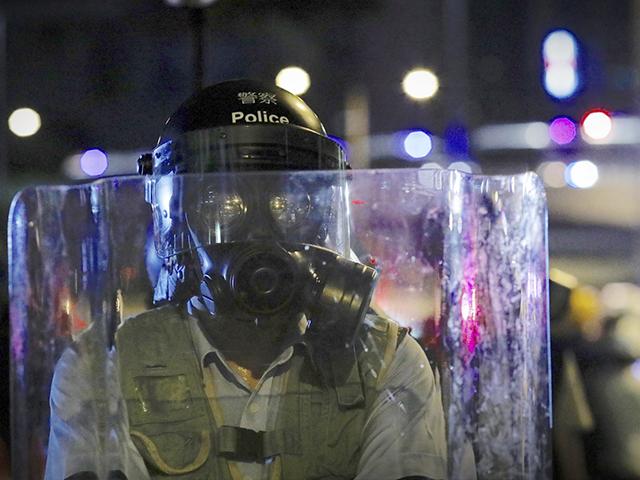 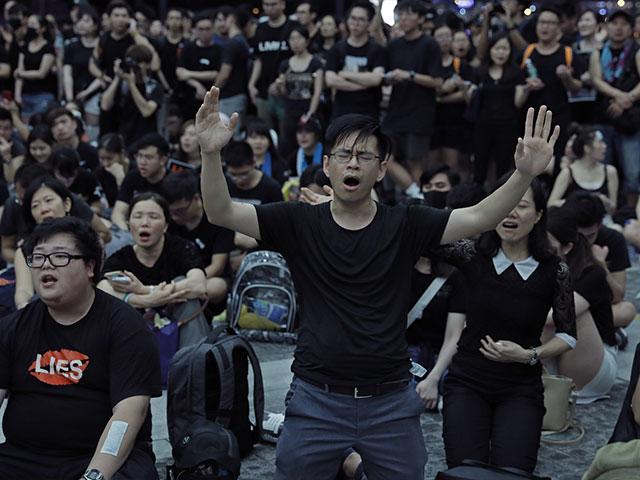