'Their Suffering is Just Beginning': Thousands of Migrants from 40+ Countries Prep for Dangerous Jungle Trek to US 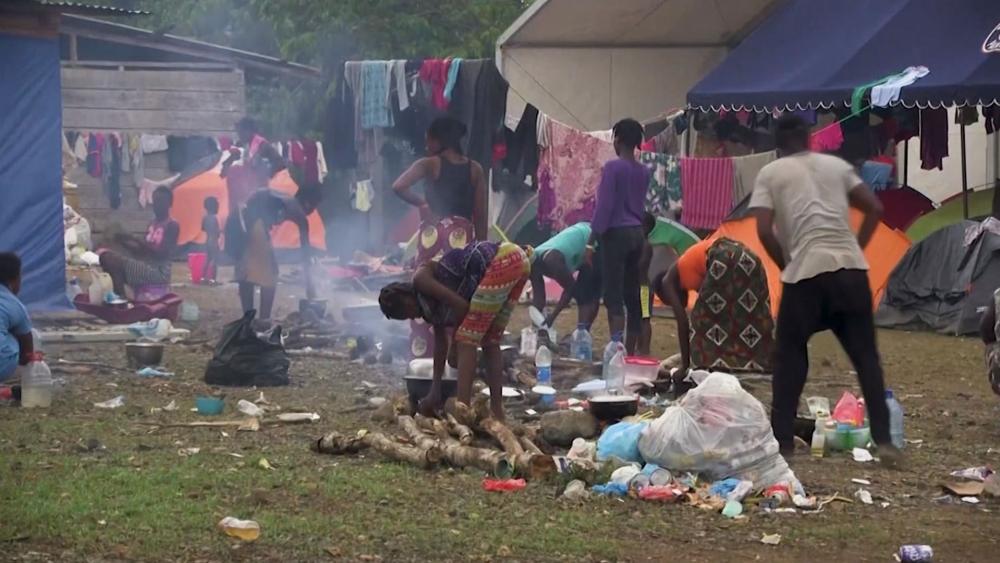 6066316560001
'Their Suffering is Just Beginning': Thousands of Migrants Prepare for Treacherous Jungle Trek on Way to the US

TURBO, COLOMBIA  – Pressure on Mexico by the Trump Administration led to a decline in migrants seeking asylum at the US Southern Border in the month of June, but reports out of South America point to an increasing number of migrants from around the world continuing to make their way north.

This large mass of asylum seekers en route to the US come from countries much further away than Central America, and before they get to the United States, they have to first make the treacherous trek through the Darien Jungle.

I drove from Medellin to the city of Turbo on Colombia's western frontier to get a sense of who these migrants are, and from where they are coming.

Public Boat Dock Filled with Migrants En Route to the US

When I arrived, I found what I was looking for – masses of African migrants at the public boat dock.

Peter Bah left Cameroon in mid-June. "We passed through Istanbul, then we stopped at Panama, now we came to Ecuador, so we are trying to walk now back to Panama. From Panama, that's how we go into America, which will be the safest for us."

At the public dock in Turbo, a boat full of immigrants is headed to a place called Capurgana, which is the last spot inside Colombia, and from there they will start their walk.

No Idea What They Are About to Face

There are so many migrants who have shown up on this day that they're having to get more boats to put them in. Many of the migrants here are not from Latin America. They're from Africa, Bangladesh, all over the world. Most of them have no idea what they are about to face.

"It's going to be a tough one," Peter Bah acknowledged. "But I just pray to God to guide us through."

Some of those making this trek through the jungle likely will not survive. But if they do, their journey will be far from over. Camps in Panama now hold as many as 10,000 migrants, and the number of those being allowed to continue north to Costa Rica is only a few hundred per week.

"Many of them think that when they get here to Turbo that the worst is over, but in reality, their suffering is just beginning," he added.

Fabricio thinks the biggest travesty is the number of children forced to make this dangerous journey.

"We've seen nearly 600 of them this year alone, making the crossing with their parents, many of them not even walking yet. It's really hard to watch because many of them just don't have any idea what they are about to face."

On the Panama side of the border, the Panamanian Frontier Police have seen about 40 children emerge from the jungle alone in the last year after their parents died somewhere out there. When that happens, they often have no idea what country these children come from or even what their names are.

I interviewed a representative of Seniaf, Panama's Child and Family Services about the problem.

"They arrive here in very bad health, exhausted, dehydrated and covered with bug bites from the jungle," said Luz Santos, an aid worker with the Panama National Child and Family Services. "It's really painful for our team. We are deeply disturbed seeing children affected in this way," she said.

Osleydy Rodriguez is a Border Service liaison who works to reunite families who get separated on the trail. She says the children are being put in too much danger.

"We've heard stories of an animal that attacked a baby and killed it out there," she said. "But when we recover lost children – we look at the border stations, and for example recently reunited a two-year-old with her mother after seven days being lost."

The bus station in Medellin, Colombia is one of the main stopovers for migrants who are coming from overseas. Almost all of the migrants coming from Africa, Asia, and other places around the world have to go to Ecuador first because it's the only country in the Western Hemisphere that will allow them in without a visa. From there, the migrants take buses. It takes about a week to get to Turbo, which is the jumping-off point for the Darien Gap.

How are they paying for their travel? Many I talked to told me they are getting the money from their friends and family in the United States. It appears that while these migrants might be desperate to get into the US, they're not destitute.

Omar Caceres is one of the dozens of Cuban migrants preparing to cross the Darien Gap the morning CBN News was there. "They've warned me the trip is really tough, complicated and dangerous. To tell you the truth I'm not sure how I'll make it.  But I trust my family in the States to support me and God to protect me," he said. 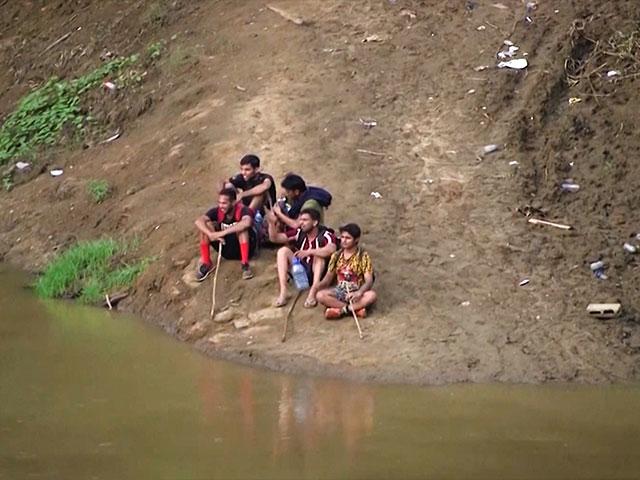 It Was 'Like Hell': Migrants Stepping Over Dead Bodies on Dangerous Jungle Trek North to US
CBN News Email Updates