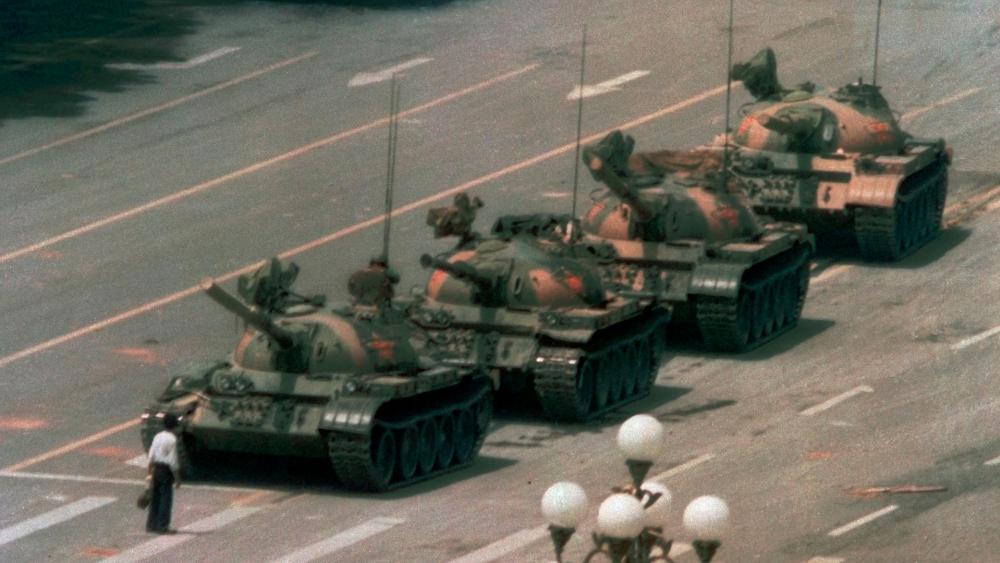 CAPITOL HILL - Hundreds gathered on Capitol Hill Tuesday to mark one of the darkest days in the People's Republic of China’s history.  It was a rally to remember the Tiananmen Square Massacre 30 years ago this week.

As President Nixon and the US started opening up China to more trade in the 1970s and the ‘80s, there was great hope that maybe the Chinese were going to come around to more liberty and economic freedom. But then came the Tiananmen Square massacre, crushing the hopes of more than a billion people.

But before that tragic event occurred, came several days where tens of thousands of hopeful Chinese pushed into the square and elsewhere, protesting for more freedom and democracy.

An End to Totalitarianism Seemed Possible

Marion Smith of the Victims of Communism Memorial Foundation told CBN News a wave had been building across China and Europe.

“It was a wave that spread throughout China in the Spring of ’89," he explained. "It was a wave we also saw in Europe that same year. Unfortunately, in China it was extinguished by the People’s Liberation Army and the Chinese Communist Party, who were willing to murder their own citizens rather than talk about their legitimacy.”

As speakers at the Capitol Hill rally recalled, a dark time followed.

Reggie Littlejohn fights against the Chinese totalitarian grip on childbirth which has led to more than 400 million abortions.

“The thing about Tiananmen Square was it was a horrible atrocity, but it couldn’t even happen today," the head of Women's Rights Without Frontiers told CBN News. " Because at that time, at least they could gather on the square. Today, they don’t have freedom of association, and if two people got together in the square and held up a sign, they would be immediately detained.  That’s how much human rights have regressed since Tiananmen Square.”

Smith described what came after the massacre for China, calling it, “An absolute prohibition on the exercise of political freedom, free speech, and religious freedom.

"And today under Xi Jinping, you see a hardening of that totalitarian state," he noted. "He is a more dictatorial leader than any leader we’ve seen in China since Mao.”

Many remember one man after the massacre blocking tanks with his own body.  Littlejohn contends such courage would get no respect today.

“Similar courage is in the Christian community in China today, where China has been bulldozing churches and ripping down crosses," she explained. "And there was one pastor’s wife in Henan province in 2016 who stood in front of a bulldozer as it was bulldozing a church.  She wouldn’t move and she actually got bulldozed.  She was killed, buried alive by the Chinese Communist Party.”

Smith insists those who have faith collectivist governments should look hard at what’s happened in China lately.

“We’ve seen Communist regimes in some 40 countries since 1917, and today it’s clear under Xi Jinping in China, that they are doubling down on Maoism and Marxism as the legitimizing aspect of their totalitarian rule,” he noted.

As more Americans than ever are leaning towards socialism, there’s a lesson for them in Tiananmen Square. That’s the fact that no collectivist government is ever going to lead them towards more rights and more freedom.