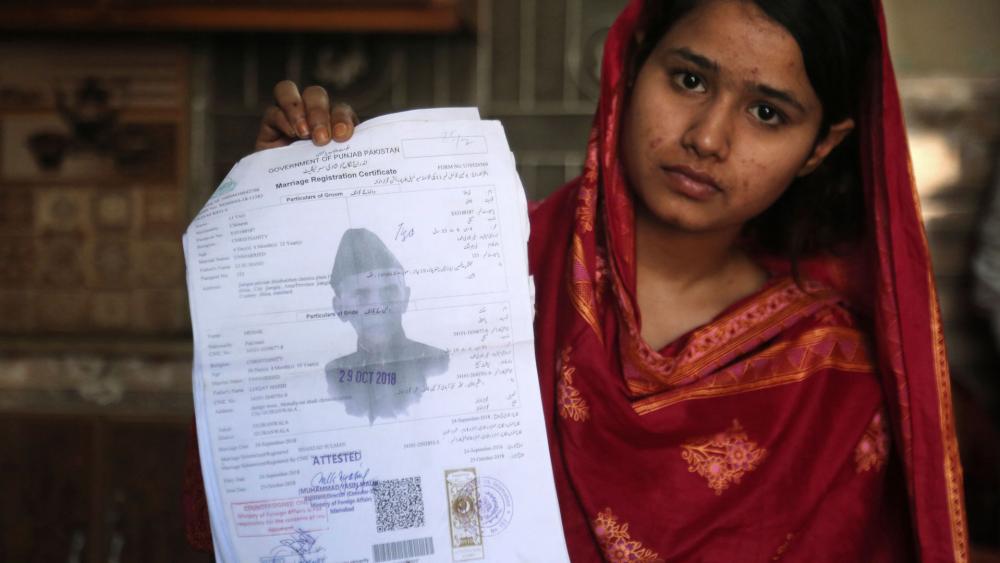 GUJRANWALA, Pakistan — Muqadas Ashraf was just 16 when her parents married her off to a Chinese man who had come to Pakistan looking for a bride. Less than five months later, Muqadas is back in her home country, pregnant and seeking a divorce from a husband she says was abusive.

She is one of hundreds of poor Christian girls who have been trafficked to China in a market for brides that has swiftly grown in Pakistan since late last year, activists say. Brokers are aggressively seeking out girls for Chinese men, sometimes even cruising outside churches to ask for potential brides. They are being helped by Christian clerics paid to target impoverished parents in their congregation with promises of wealth in exchange for their daughters.

Parents receive several thousand dollars and are told that their new sons-in-law are wealthy Christian converts. The grooms turn out to be neither, according to several brides, their parents, an activist, pastors and government officials, all of whom spoke to The Associated Press. Once in China, the girls — most often married against their will — can find themselves isolated in remote rural regions, vulnerable to abuse, unable to communicate and reliant on a translation app even for a glass of water.

"This is human smuggling," said Ijaz Alam Augustine, the human rights and minorities minister in Pakistan's Punjab province, in an interview with the AP. "Greed is really responsible for these marriages ... I have met with some of these girls and they are very poor."

Augustine accused the Chinese government and its embassy in Pakistan of turning a blind eye to the practice by unquestioningly issuing visas and documents. The Chinese Ministry of Foreign Affairs denied that, saying China has zero tolerance for illegal transnational marriage agencies.

Human Rights Watch called on China and Pakistan to take action to end bride trafficking, warning in an April 26 statement of "increasing evidence that Pakistani women and girls are at risk of sexual slavery in China."

The Chinese embassy said last month that China is cooperating with Pakistan to crack down on unlawful matchmaking centers, saying "both Chinese and Pakistani youths are victims of these illegal agents."

The Associated Press interviewed more than a dozen Christian Pakistani brides and would-be brides who fled before exchanging vows. All had similar accounts of a process involving brokers and members of the clergy, including describing houses where they were taken to see potential husbands and spend their wedding nights in Islamabad, the country's capital, and Lahore, the capital of Punjab province.

"It is all fraud and cheating. All the promises they make are fake," said Muqadas.

Saleem Iqbal, a Christian activist, said he first began to see significant numbers of marriage to Chinese men in October. Since then, an estimated 750 to 1,000 girls have been married off, he said.

Pakistan's small Christian community, centered in Punjab province, makes a vulnerable target. Numbering some 2.5 million in the country's overwhelmingly Muslim population of 200 million, Christians are among Pakistan's most deeply impoverished. They also have little political or social support.

Among all faiths in Pakistan, parents often decide a daughter's marriage partner. The deeply patriarchal society sees girls as less desirable than boys and as a burden because the bride's family must pay a dowry and the cost of the wedding when they marry. A new bride is often mistreated by her husband and in-laws if her dowry is considered inadequate.

Some of the grooms are from among the tens of thousands of Chinese in Pakistan working on infrastructure projects under Beijing's Belt and Road Initiative, a project that has further boosted ties between the two countries in recent years. Other grooms search directly from China through networks. They present themselves as Christian converts, but pastors complicit in the deals don't ask for any documentation.

They pay on average $3,500 to $5,000, including payments to parents, pastors and a broker, said Iqbal, who is also a journalist with a small Christian station, Isaac TV. Iqbal has gone to court to stop marriages and sheltered runaway brides, some as young as 13.

Muqadas' mother Nasreen said she was promised about $5,000, which included the cost of the wedding and her daughter's wedding dress. "But I have not seen anything yet," she said.

"I really believed I was giving her a chance at a better life and also a better life for us," Nasreen said.
Dozens of priests are paid by brokers to find brides for Chinese men, said Augustine, the provincial minorities minister, who is Christian. Many are from the small evangelical churches that have proliferated in Pakistan.

Gujranwala, a city north of Lahore, has been a particular target of brokers, with more than 100 local Christian women and girls married off to Chinese in recent months, according to Iqbal.

The city has several mainly Christian neighborhoods, largely dirt poor with open sewers running along narrow slum streets. Tucked away in the alleys are numerous evangelical churches, small cement structures unrecognizable except for small crosses outside.

Pastor Munch Morris said he knows a group of pastors in his neighborhood who work with a private Chinese marriage broker. Among them, he said, is a fellow pastor at his church who tells his flock, "God is happy because these Chinese boys convert to Christianity. They are helping the poor Christian girls."

Morris opposes such marriages, calling them an insult. "We know these marriages are all for the sake of money."

Rizwan Rashid, a parishioner at the city's Roman Catholic St. John's Church, said that two weeks earlier, a car pulled up to him outside the church gates. Two Pakistani men and a Chinese woman inside asked him if he knew of any girls who want to marry a Chinese man.

"They told me her life would be great," he said. "Everything would be paid for by them."

They were willing to pay him to help, but he said the church's priest often warns his flock against such marriages, so he refused.

Brokers also troll brick kilns, where the poorest work essentially as slaves to pay off debts, and offer to pay off their workers' debts in exchange for daughters as brides.

Pakistani and Chinese brokers work together in the trade. One prominent broker in Gujranwala is a Pakistani known only as Robinson. He refused to talk to the AP, but his wife Razia told the AP that they make arrangements through a Chinese marriage bureau in Islamabad.

Moqadas and another young woman from the same neighborhood, Mahek Liaqat, said Robinson arranged their marriages, providing photos of potential grooms. Afterward, they each described being taken to the same, multi-story house in Islamabad, a sort of boarding house with bedrooms. There, each met her husband for the first time face-to-face and spent her wedding night.

Mahek, 19, said she stayed there with her husband for a month, during which she saw several other girls brought in. She attended several weddings performed in the basement.

Other brides told of meeting their husbands at a similar house in a posh neighborhood of Lahore.

Simbal Akmal, 18, was taken there by her parents. Two other Christian girls were already there in a large sitting room, picking grooms. Three Chinese men were presented to Simbal, and her father demanded she choose one. She told him she didn't want to marry, but he insisted, claiming "it was a matter of our honor," she said.

"He had already promised I would marry one," she said. "They just wanted money."

She married, but immediately fled. She was joined by her sister, who refused her parents' demands to marry a Chinese man. Both escaped to a refuge run by the activist, Iqbal.
Muqadas said her husband had claimed to be a man of money, but when she arrived in China in early December, she found herself living "in a small house, just one room and a bedroom."

She said he rarely let her out of the house on her own. He forced her to undergo a battery of medical tests that later she found were attempts to determine why she was not yet pregnant. On Christmas Eve, when she pressed him to take her to church, he slapped her and broke her phone, she said.

"I don't have the words to tell you how difficult the last month there was," said Muqadas. "He threatened me."

Finally, he agreed to send her home after her family said they would go to the police.

Mahek said she hadn't wanted to get married, but her parents insisted. Her Chinese husband was possessive and refused to let her leave the house. "He was just terrible," she said.

In China, her husband, Li Tao, denied abusing Mahek. He said he was a Christian convert and worked for a state-owned Chinese company building roads and bridges when he met Mahek through a Pakistani matchmaker introduced by a Chinese friend.

He was taken by her at first sight, he said. "If you look at her and you see she's right for you, that's it, right?"

Li returned with Mahek last winter to his hometown of Chenlou, a village surrounded by wheat fields in coastal Jiangsu province. They moved into his mother's home, a one-story courtyard house.

After Malek's family reached out to their government for help to bring her back, the police showed up at Li's home and said they were told he was illegally confining a woman in his home.

He said it was Mahek who refused to go outside.

"I wouldn't force her into doing anything," Li said. "She just had to learn to adapt to a new environment. I wasn't asking her to change right away." Still, he bought plane tickets to take her back to Pakistan.

Others, however, are unable to come back.

Mahek's grandfather Idriis Masih said he contacted the parents of several other Pakistani girls whom Mahek had befriended through a phone app in China and who were desperate to return home. All the parents were poor and shrugged off his attempts to convince them to retrieve their daughters.

Each told him, "She is married now. It is her life," he said. 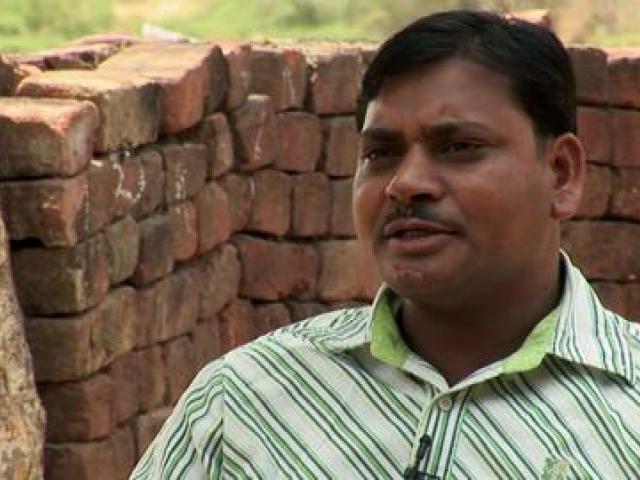 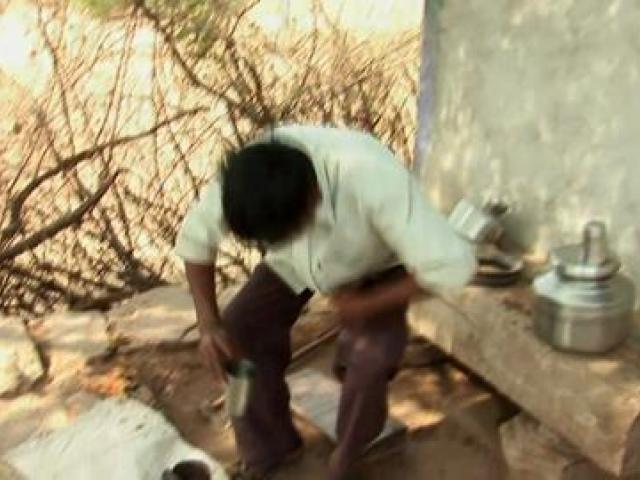 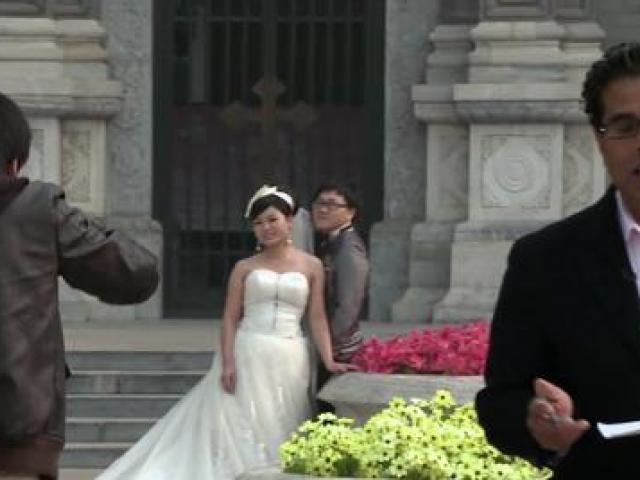