‘Mummy, Can I Show You Something?’ Girl Born With Backwards Legs Walks for First Time 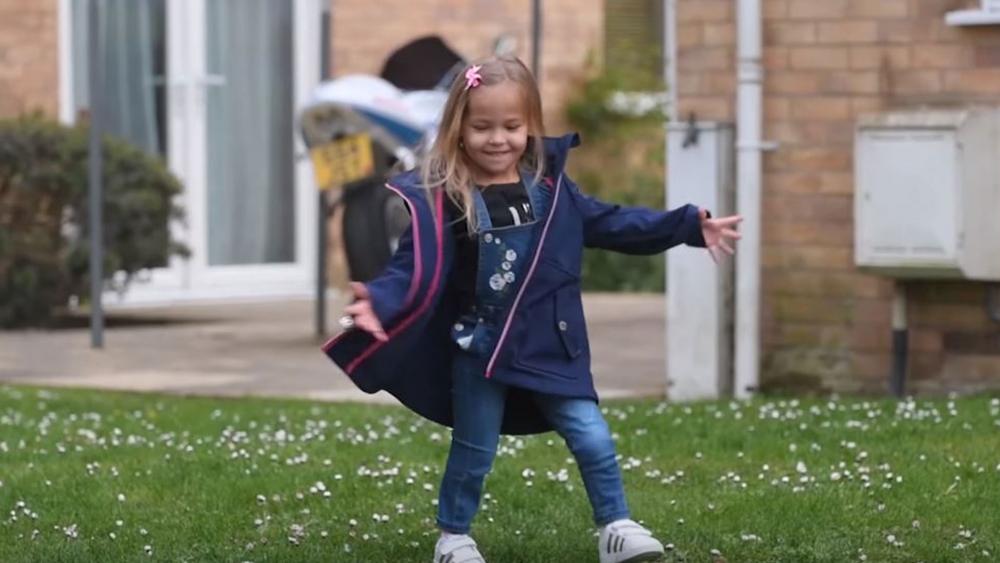 A little girl who was born with her legs the wrong way around recently walked for the first time. The astonishing feat occurred after 3-year-old Victoria Komada underwent a groundbreaking surgery with the aim of reconstructing her legs

Faithwire: President Trump Calls Prayer the ‘Most Powerful Thing There Is,’ Urges Americans to Pray for End to Religious Persecution

Komada was born with bilateral tibial hemimelia, a congenital deformity, that meant she was missing bones in her legs and ankles. But, with the help and determination of her parents, those who love Komada made sure this would not be her lot in life.

So, they went about looking for a surgical solution.

“We were looking for help everywhere,” her mother, Marzena Drusewicz, SWNS-TV.

But after being told by Polish doctors that they must amputate both of the young girl’s legs, the family became even more desperate for a solution.

Then, incredibly, they found a surgeon in America who could help.
Florida-based surgeon Dr. Dror Paley said he would be able to reconstruct one of her legs — but that it would come with a price tag of $235,000.

Immediately, the family reached out to the public for help and managed to raise the funds necessary to travel out to the States and have the groundbreaking operation.

Following the nine-hour procedure, Victoria’s parents said they were given the horrid task of having to “twist six individual screws a few millimeters each day to coax the bones excruciatingly into place.”

“That was a horrible time because she was crying all day and night,” Drusewicz told the Eastern Daily Press. “She was saying, ‘I’ve had enough — what are you doing to me?’”

“One day I was thinking I wanted to pack our stuff and come back home,” she added. “We weren’t eating or sleeping properly and there was so much stress with Victoria.”

However, after a period of healing and another surgery in November, one of the bones began to fuse, and this brave young girl was well on her way to recovery.

Incredibly, just two days after her second surgery, she began to walk again.

“We were so happy when she took her first steps, we started crying,” Drusewicz told the Good News Network. “We were on the way to the car and she said, ‘Mummy, can I show you something?’”

“Of course I was so scared and didn’t know what was going to happen,” she added. “[But] every week, she got better and better and now she is not in any pain at all. She can now walk normally and we can all start our life again now [that] we are home.”

The mom said that her daughter “can walk and run and do sports now.”

“She has had superb results,” she said.

What an incredible result and an inspirational little girl!