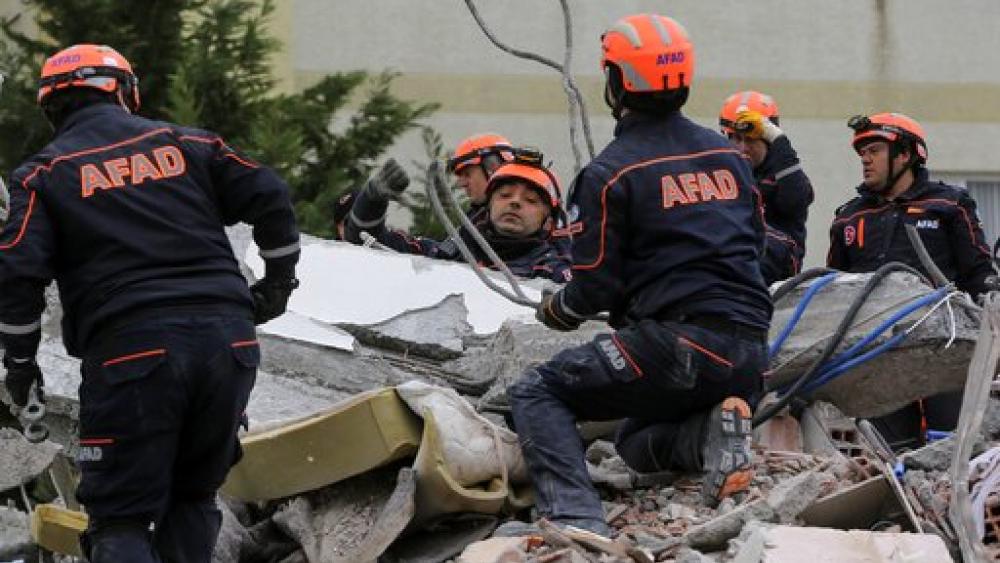 CBN News has learned that CBN and its church partners have rallied to help survivors of this week's Albanian earthquake.

The death toll from Tuesday's powerful pre-dawn earthquake has risen to 21. More than 600 people were injured, with nine being hospitalized with life-threatening injuries.

The magnitude-6.4 quake was felt across the southern Balkans and was followed by multiple aftershocks, with several above magnitude 5. In nearby Bosnia, another temblor with a preliminary magnitude of 5.4 struck southeast of the capital Sarajevo, causing only minor damage.

The quake in Albania knocked down apartment buildings and hotels while people slept, and rescue crews worked to free more people believed to be trapped. There was no indication as to how many might still be buried in the rubble, as neighboring countries and European Union nations sent search-and-rescue crews to help.

Defense Minister Olta Xhacka said the search-and-rescue efforts were "extremely difficult operations, where you have to work slowly because there is a high risk of further collapse, endangering not only residents, but also those trapped, and the rescuers themselves."

CBN is working on a plan with its partners get more help and supplies to the people in the earthquake zone. The distribution of food, clothing, blankets, sleeping bags, tents, heaters, Bibles and other personal items begins on Friday.

Please pray for CBN's church partners in the region and for all of the people in Albania affected by the earthquake.