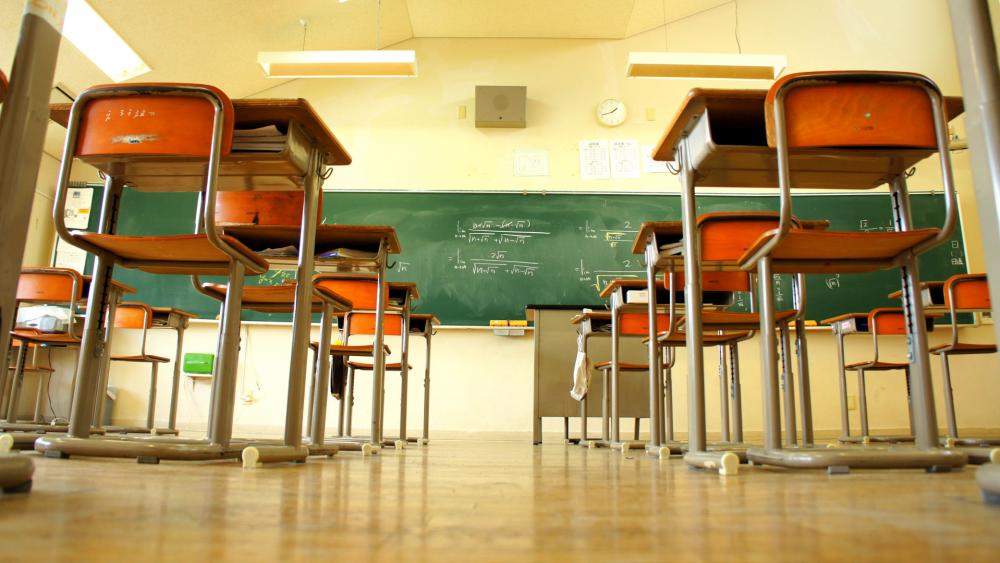 Excerpts from a series of disturbing sex and gender education videos have been shared online, prompting widespread outrage.

Faithwire: Kanye West to Give Interview at Joel Osteen’s Houston Megachurch This Weekend

They feature Nadine Thornhill, who is described as “one of Canada’s foremost experts on child and adolescent sexuality” and Eva Bloom, a “sex research and online sexuality educator.”

In one episode, titled “Gender,” the two educators explain the term “non-binary” and insist that gender is not biologically determined — instead, they assert that it is a completely fluid concept.

The instructors leave no room for disagreement. Instead, the educators play a “true or false” game, informing them of the hard-facts about woke transgenderism.

“Everyone born with a vulva is a girl, true for false?” the instructor asks.

Most of the children answer “true.”

“Not everybody is sure, and that makes sense,” the teacher says. “Our genitals actually don’t determine our gender. Some people born with vulvas are boys.”

The quiz happens at the 1:42 mark in the video.

Later, a trans person, “Kaleb,” is brought in to teach the young kids more about hormone injections, wearing drag, and gender transitioning.

When told that you can be who or whatever you identify with, Kaleb asks the children about their identities (this interaction begins around the 3:00 mark).

“I’m a toilet,” one of the kids says, eliciting laughter from his peers. “I don’t believe toilet is a gender,” Kaleb instinctively answers, knowing it’s an absurd response. Kaleb quickly changes tune, however, when realizing woke culture does not allow outsiders to determine gender, and makes a correction. “But maybe it is for you,” Kaleb says, confirming to these impressionable young school children that if they want to identify as a toilet, that’s perfectly normal.

After discussing his childhood as gender non-binary that ranged the spectrum and included a transition along with a stint as a drag king, Kaleb’s life story appeared to leave the children looking utterly confused.

“For me, in my daily life.. I was a girl. But when I went on stage to perform, I was male and I used he/him pronouns,” he added.

Kaleb went on to talk about intimate details of his sex-change surgery: “I did have my breasts removed. I have scars on my chest. I really only talk about what’s in my pants for people who are getting in there.”

Skip to 5:12 to see this disturbing advice given to young children. They also discuss loving others and they don’t seem to provide any boundaries whatsoever when it comes to sex and sexual relationships.

Again, keep in mind this class features very young children. According to its website, Sex-Ed School is an “entertaining and educational YouTube series about sexuality and healthy relationships for youth, ages 9-12.”

In another clip, two scantily-clad drag queens can be seen with the group of children at their feet (3:12).

“Hi, I’m ‘Facelift’ and I use the pronouns she/her, and I’m queer-identified,” the bearded man explains, before the pair launch into a dialogue about transgenderism.

At one point, a young boy asks, “how do you teach somebody to be gay?”

“Well, if it’s somebody who is gay that is like ‘I want to learn what gayness is,’ there’s the internet for that,” the drag queen replies. No-one is quite sure what he meant.

Many have responded to the videos, that are beginning to spread on Twitter, with the appropriate level of horror and concern.

“I’ve been complaining about this in the past,” one person tweeted. “I view it as grooming.”

“Who in the world are these parents allowing their children to be a part of this insanity?!” another added. “This is abuse… intentionally confusing them and possibly scarring them for life with the types of questions and comments. It’s disturbing.”

You can watch the videos for yourself here.

Please share this article to help make parents aware of such “education” videos so they can make appropriate decisions with how their children are being taught about sexual health topics.