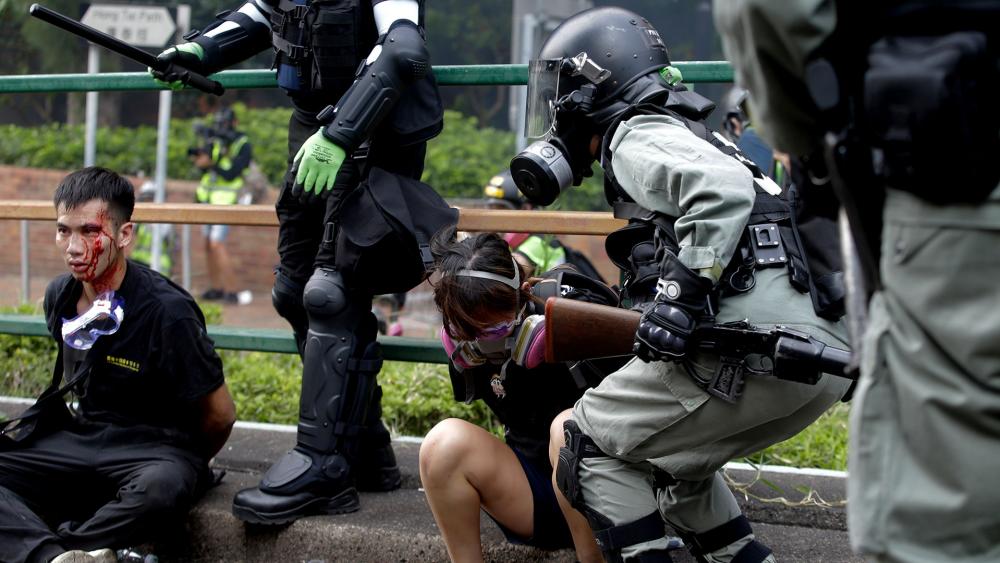 It is unclear how many protesters are still holding out. Some 1,000 protesters have either surrendered or been registered by police as they tried to flee the campus.

One holdout named Hei said, "I think if you really go out and surrender, it's like you're showing you agree with the government and police, what they're doing like you've given up the fight. Even if you get arrested or die, you know that you've tried your best and you've got no regrets."

On Capitol Hill, both the House and Senate passed bills supporting human rights in Hong Kong and mandating sanctions on Chinese and Hong Kong officials who violate human rights.

"This bill sends a clear message to China that there will be consequences for the ruthless and brutal actions in Hong Kong," Rep. Michael McCaul (R-TX) said.

"The protests have continued because the people of Hong Kong see what's coming, Sen. Marco Rubio (R-FL) said during Senate debate, "They see the steady effort to erode the autonomy and their freedoms."

Sen. Chuck Schumer, (D-NY) added, "To (Chinese) President Xi (Jinping): This resolution is what America thinks of you and your policies towards the people in Hong Kong,"

The final bill will now go to the White House for President Trump’s signature, and even with the prospect a new law will seriously complicate U.S. - China trade negotiations, the White House has signaled that the President will sign the measure.