Five Arrested in Connection with Paris Police Knife Attack, including an Imam 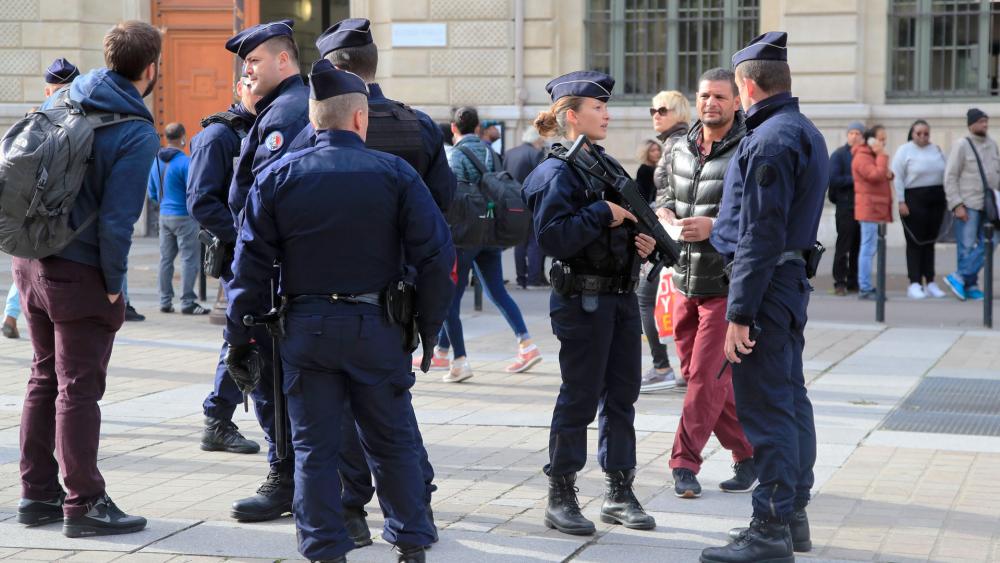 On Monday, French police arrested five people with a connection to the attacker who killed four policemen earlier this month at the Paris Police headquarters.

The BBC reports the five were arrested in the northern Paris suburbs.

On Oct. 3, police IT worker Mickaël Harpon stabbed three people inside two offices and two women on a stairway of the police headquarters before he was shot and killed inside the building's courtyard. Harpon slit the throat of one of the victims.

Three men and one woman were killed in the attack. A fifth person was seriously injured.

Harpon worked in the anti-Islamist police intelligence branch after he was known to have become a radical Islamist.

The attack raised several questions about how Paris law enforcement officials failed to notice Harpon had become radicalized, according to the BBC.

One of the people arrested is an imam who officiated at the same mosque in the French town of Gonesse that Harpon attended. One source told the AFP news agency, the imam is on France's list of potential security risks but was not the main imam at the mosque.

On Friday, the mayor of Gonesse said the Muslim association that employed the imam had fired him.

Harpon, who was born on the French island of Martinique, had worked at the police headquarters for several years as an IT expert and converted to Islam about 10 years ago.

Investigators have said he had been in contact with supporters of Salafism, the ultra-conservative branch of Sunni Islam.