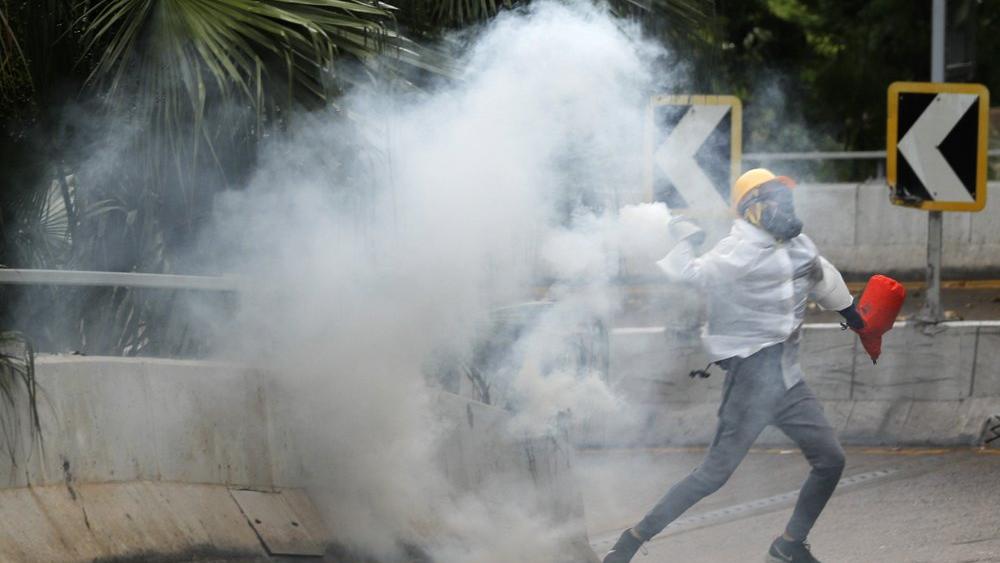 HONG KONG (AP) — Shouting “Wearing a mask is not a crime,” tens of thousands of protesters braved the rain Sunday to march in central Hong Kong, as a court rejected a second attempt to block a ban on masks aimed at quashing violence at pro-democracy rallies.

Police fired tear gas in several areas amid confrontations between officers and protesters that have become a regular occurrence during the 4-month-old protest movement.

The ban took effect Saturday, triggering more clashes and destruction over the last two days in the semi-autonomous Chinese territory. A teen protester was shot Friday night in the thigh after an off-duty police officer fired his pistol in self-defense.

Lawmaker Dennis Kwok said the High Court refused to grant an injunction on the mask ban but agreed to hear later this month an application by 24 legislators against Hong Kong leader Carrie Lam’s use of emergency powers to impose the rule by circumventing the legislature.

The embattled leader has said the ban on masks, which allows radical protesters to conceal their identity, was needed to stop widespread violence that has “semi-paralyzed” Hong Kong. It is also the biggest challenge for Chinese President Xi Jinping since the former British colony returned to Chinese rule in 1997.

Many malls, shops and the entire MTR network of subways and trains were shut Saturday following the overnight rampage.

About half of the city’s 94 subway stations reopened Sunday, but many malls remained shuttered as streets downtown turned into a sea of umbrellas with chants of “Hong Kong people, resist.” Some protesters later set up street barriers, while others smashed shops.

Critics fear the use of the Emergency Regulations Ordinance that gives Lam broad powers to implement any measures she deems necessary in an emergency would pave the way for more draconian moves. The law was enacted by British colonial rulers in 1922 to quell a seamen’s strike and was last used in 1967 to crush riots.

Lam has not ruled out further measures if violence continues.

“This emergency law is so ancient and draconian. Carrie Lam is using it as some sort of weapon of mass destruction to nuke Hong Kong,” said legislator Claudia Mo.

Even though the court rejected the legal challenge, Kwok and Mo welcomed the decision to expedite the hearing. The court didn’t set a hearing date but indicated it would be at the end of October.

“This is a constitutional case. The court has acknowledged there is controversy involving the use of the emergency law,” Mo said.

Lam has said she will seek the backing of the legislature when it resumes Oct. 16. Mo called it a sham because only Lam has the power to repeal the mask ban under the emergency law.

Many protesters who wore masks Sunday said the ban curtailed their freedom of expression. The ban applies to both illegal and police-approved gatherings, and carries a penalty of up to a year in jail and a fine.

“Carrie Lam is not the god of Hong Kong. She can’t do anything she likes,” said retiree Patricia Anyeung, who wore a mask while marching with her sister, Rebecca.

A police official who spoke on condition of anonymity because he was not authorized to speak to the media said some arrests were made Sunday for violating the ban, but he couldn’t give any numbers. Enforcement proves tricky in a city where masks have often been used since a deadly respiratory disease outbreak in 2003. The government said Saturday that it won’t prohibit the public from wearing masks for health reasons amid the current flu season.

“They can’t arrest us all. There are thousands of us,” said Anyeung. “There is no going back — we are at the point of no return.” Anyeung, who holds a British passport, said she may leave Hong Kong if the city’s freedoms are extinguished.

Some protesters spray-painted the word “resist” along a sidewalk.

“We cannot let them act like emperors,” Feng Yiucheng said through his black mask as he handed out bottles of water to marchers from his van, accompanied by his wife and 2-year-old son. “I’m thinking of my kid’s future. For the sake of our freedom, there’s nothing we’re afraid of.”

Many peaceful demonstrators say violence is the only way for young masked protesters to force the government to bend to clamors for full democracy and other demands.

But the shooting of the teen Friday night — the second victim of gunfire since the protests began in early June — stoked fears of more bloody confrontations. An 18-year-old protester was shot at close range by a riot police officer on Tuesday. He has been charged with rioting and assaulting police, while the younger teen has been arrested. 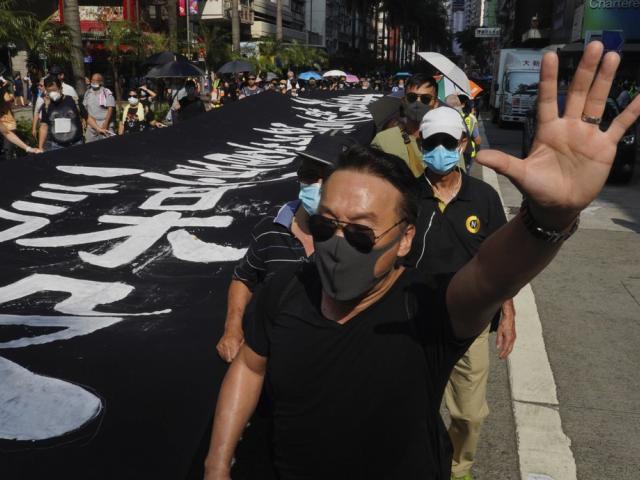 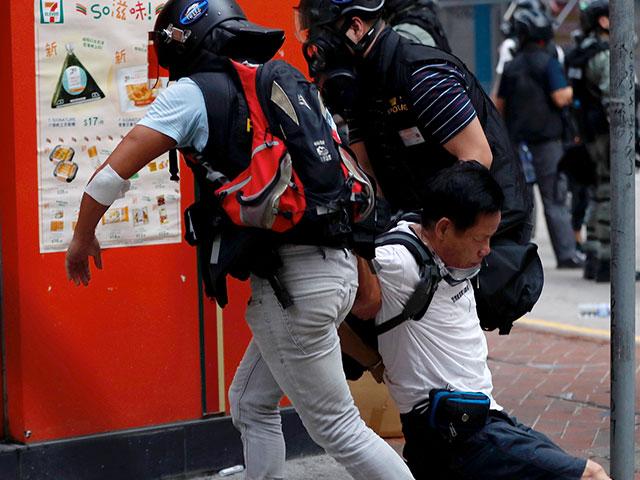 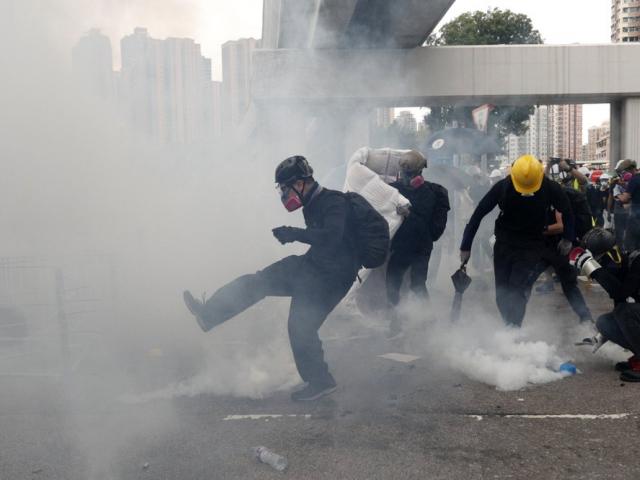 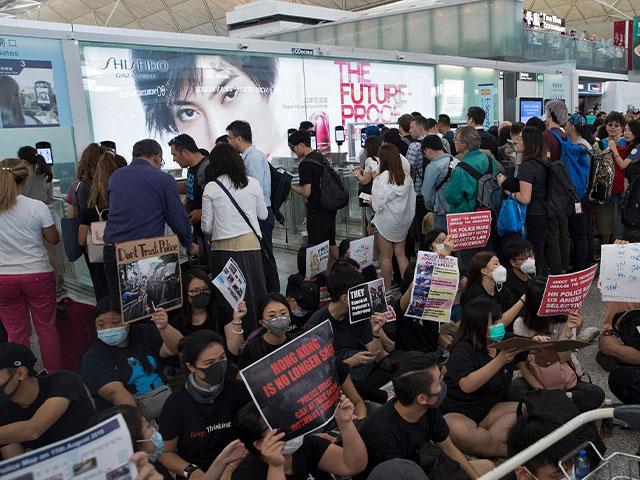